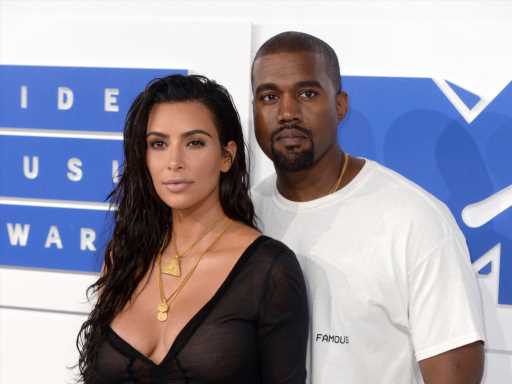 Kim Kardashian and Kanye West love a holiday. As two incredibly rich people with a deep love for shopping, the opportunity to spoil their friends and family — and of course, each other — with the most extravagant items they could think of has been a well-more-than-annual tradition for the entirety of their marriage, from Valentine’s Day to birthdays, Christmas, Mother’s Day, and more. West’s been known to opt for romantic gestures like filling a room with 1,000 red roses, commissioning Kenny G for a private concert, or, most recently, designing a talking hologram of Kim’s late father Robert Kardashian. This year, however, amid growing rumors of their pending divorce, a source says Kim and West won’t even be in the same place for the holiday — and unless they’re still trying to keep us guessing for the sake of a Keeping Up With the Kardashians plotline, we wouldn’t count on an elaborate gift display this year either.

A source told People that, while Kim is gearing up for a V-Day celebration, she plans to spend it with family, not West.

“Kim is great. She has a Valentine’s Day celebration planned with her kids and family,” the source shared. “She likes to make it special for the kids. She doesn’t have any contact with Kanye.”

The source adds that Kim is “focused on the future” — as in, a future without West. Amid recent reports that West has already started moving out of their shared home in Calabasas and the seeming revelation that he’s been living out of Wyoming these past months, the rumor mill has indicated for some time now that these two won’t be reconciling. Then again, the stars themselves have remained unusually quiet, and we know how much Kim likes to have the final word.