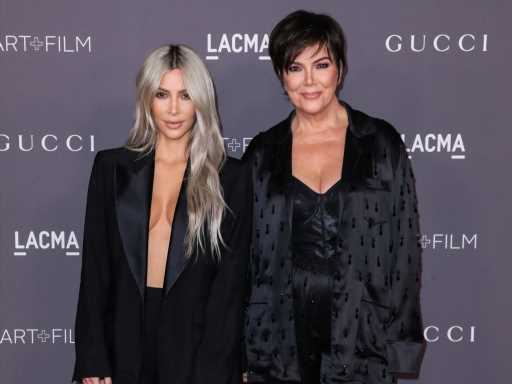 The Kim Kardashian sex tape was over 14 years ago, but it feels like it just happened recently given the amount of coverage it is getting on The Kardashians. It’s an exhausting topic, and one that Kim’s sex-tape partner, Ray J, would rather forget because he’s now claiming Kim and momager Kris Jenner were the ones who crafted the entire leak in the first place.

The singer is now speaking up to the Daily Mail sharing that he’s “sat in the shadows for over 14 years allowing the Kardashians to use my name.” He was originally the one blamed for releasing the tape, but he promised that he’s “never leaked anything.” Ray added, “I have never leaked a sex tape in my life. It has never been a leak. It’s always been a deal and a partnership between Kris Jenner and Kim and me and we’ve always been partners since the beginning of this thing.”

Record scratch. That changes much of the narrative that has played out for almost two decades. While he claims that the original idea was his after the success of Paris Hilton’s sex tape; it was Kim who brought Jenner on board to broker the deal with Vivid Entertainment. She reportedly negotiated for three tapes to be released: sex videos made in Cabo San Lucas, Mexico and Santa Barbara, California, along with clips from the Cabo trip as part of a third tape.

He alleges that it was Kim who pulled the Cabo sex tape from “a Nike shoe box under her bed” for distribution because Ray J says he “never had a single [tape] at [his] house.” He wants people to hear his side of the story since it has changed his life, not necessarily for the better. “I felt suicidal because when you know something’s real and it’s true and you’re watching a whole family create an empire from a lie they’ve created, it’s heartbreaking and disrespectful to all the entertainers who have been honest and true to their craft,” he remarked.

Ray J finally feels empowered to change the narrative to the sex-tape story because he’s “been walking on eggshells,” worried that he’s “going to get in trouble for telling the truth”, but he’s done being silent. “I’ve been holding onto it for the past 14 years and watching them humiliate me,” he said. “They’re celebrating my destruction.”

Before you go, click here to see celebrities who have opened up about their sex lives.