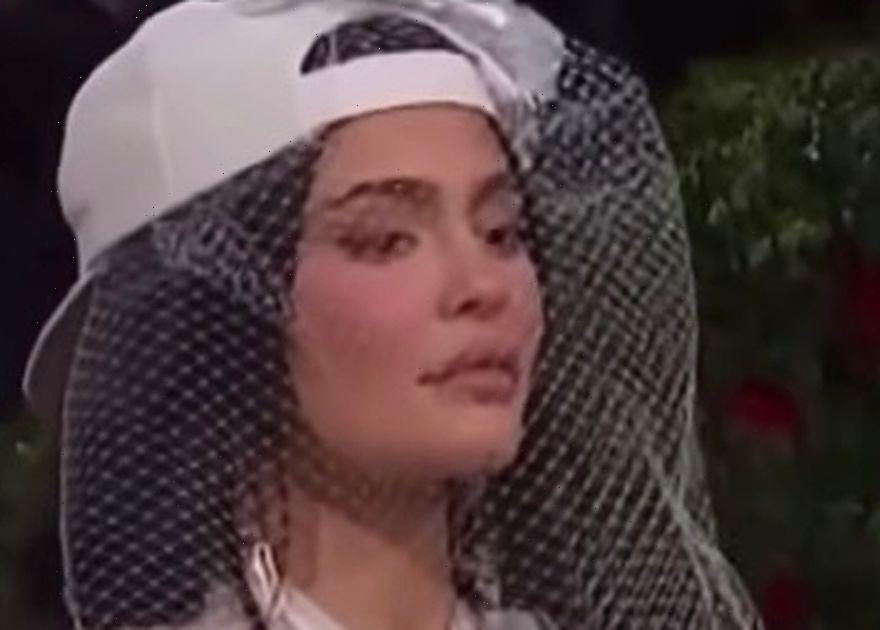 The star took to her 508,000 followers following the lavish bash to mock the billionaire’s bizarre bridal gown look which she debuted on the red carpet.

The star posted a video of Kylie posing for the cameras and tapping into her inner bride-to-be wearing an Off-White ball gown, followed by a vide of herself wearing the a homemade version of the look.

Captioning the video, she wrote: "Kimmie really let me down at the Met Gala this year… thank god Kylie kept to our promise to go for full out glamour!”

"Your Insta reels are the highlight of my day, you never fail to make me [laugh emoji] keep em coming Nads!" one social media user giggled.

Another added: "Absolutely cannot stop laughing and I need a pee you are a superstar and loved big hugs beautiful lady."

Nadia is known for mocking the Kardashians’ outfits on her social media page.

Last year she posed in a pair of fishnet tights and heels while quipping that Kylie hadn't mastered the 'effortlessness' like she had and instead looked a 'bit desperate'.

Nadia penned: "Oh my god @kimkardashian you’ve been a very bad example to your little sister @kyliejenner! SHE is now copying everything I do too!!!!

"Now don’t get me wrong she looks lovely… BUT… she hasn’t mastered the look of effortlessness that is so key to this kind of a shot… and if I’m honest she looks a wee bit desperate… maybe you could have a word in her shell like?!

Poking fun at Kylie's sister Kim, 41, Nadia also dressed up as the reality star for another post as part of her body acceptance campaign.

The 47-year-old mum-of-two looked confident as she stood in the plunging bra and tight shorts which she wore under a cropped white cardigan just like Kim.

Serving up her best Kim pose, the TV host sported her brunette locks in a natural wave and appeared to go make-up free.

Nadia penned in the caption: "A much needed message to @kimkardashian… because to be quite honest… she’s annoying me a bit…"