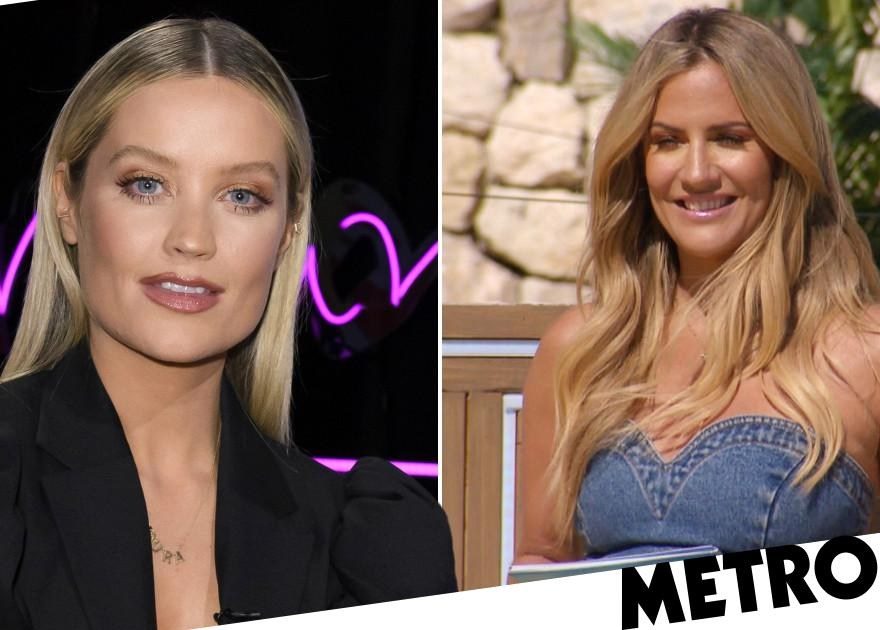 Laura Whitmore has said she doesn’t think she will ever get over Caroline Flack’s death.

Caroline died by suicide back in February, with Laura working on the first ever winter series of Love Island at the time out in South Africa.

She was praised by fans all over for how she handled hosting the show’s live final, that aired an emotional tribute to former host Caroline, after news of her death broke.

Six months on, Laura has said she still hasn’t ‘fully coped’ with losing Caroline, who had been a good friend to her over the years.

Speaking to The Times Magazine, Laura said: ‘I’m still working through the grief of Caroline’s passing. The past six months are a blur.’

‘I haven’t fully coped with it,’ she admitted, adding: ‘I don’t think I ever will.’

Laura had taken over as host of Love Island, after Caroline stepped down from her presenting role on the show after being arrested for an alleged assault on her boyfriend Lewis Burton.

It was Caroline who had pushed for Laura, who is dating Love Island’s voiceover star Iain Stirling, to be her replacement.

‘Caroline was very good to me,’ Laura said. ‘Before I even got offered Love Island, she messaged me saying, “I really hope you get the job.”‘

She continued: ‘I love doing it, but the circumstances of being offered it were the worst you could possibly imagine.’

Laura has previously revealed that she first found out Caroline had died via Twitter, before a friend then confirmed the news to her.

She had been in the UK, while boyfriend Iain, who had worked alongside Caroline for five seasons of Love Island, was still out working in South Africa.

In an interview with Cosmopolitan, Laura said losing Caroline had scared her.

‘It’ll never be OK and it’ll never be right,’ she told the publication. ‘It did scare me. She was so strong-willed and feisty and I remember thinking, “God, I wish I could be as strong as her.”

‘I felt like if people said things, it wouldn’t bother her.’

‘But obviously it did, because everyone is human. I don’t want to speculate reasons because nobody will ever know… but it did frighten me,’ she said.

Laura added that she hopes everyone will ‘learn’ from Caroline’s death and realise that their words can affect people.

Caroline had been awaiting trial for assault when she died aged 40. She had pleaded not guilty and her boyfriend Lewis had chosen not to press charges, but the CPS chose to go ahead with the case.

The Crown Prosecution Service officially closed the case in February 10 days after the star’s death.