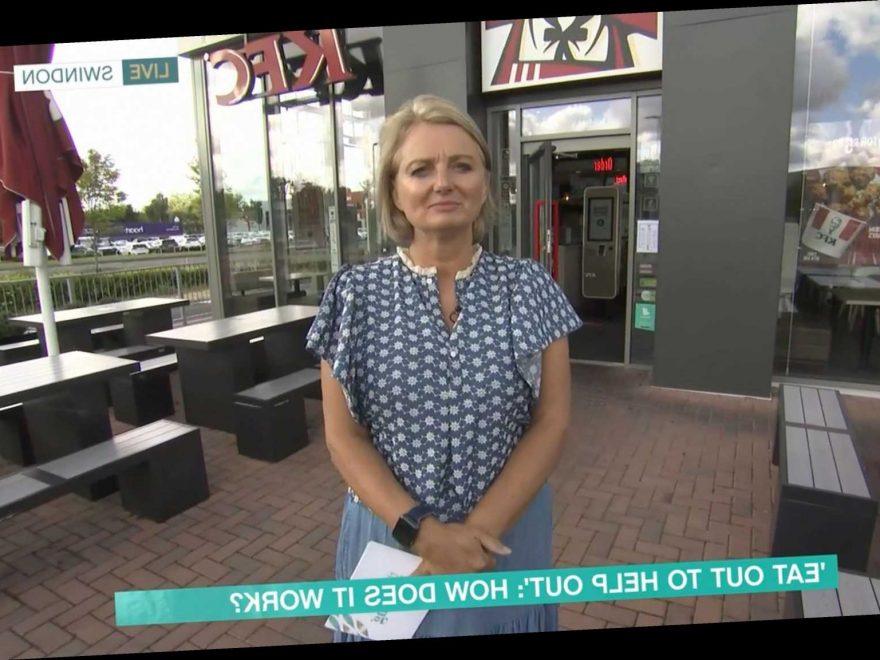 THIS Morning viewers have slammed ITV's Alice Beer for exposing a loophole in the Eat Out to Help Out scheme.

The government's 50 per cent off incentive is aimed at supporting the hospitality industry by getting Brits back into pubs, restaurants and cafes. 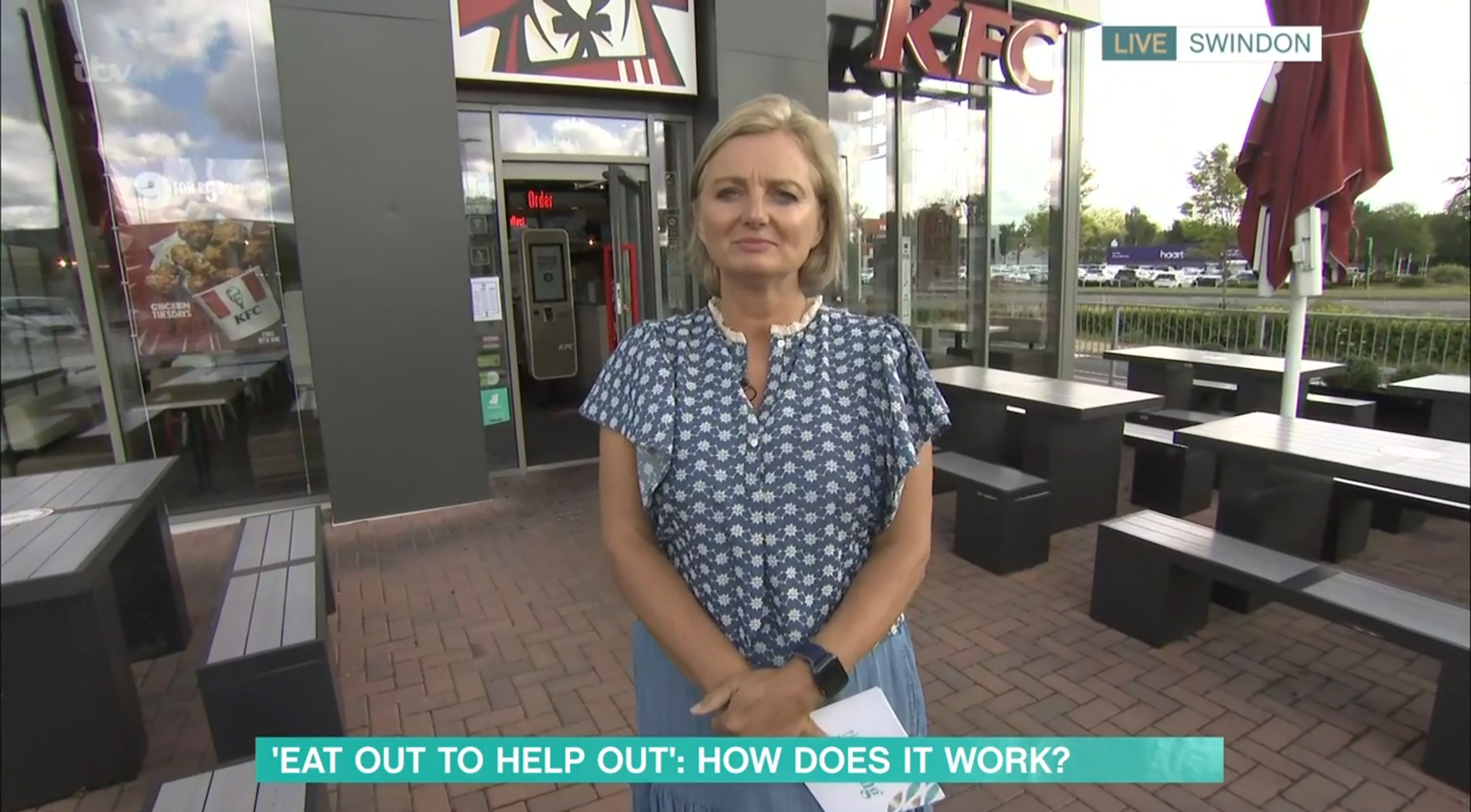 The half price offer is only available on orders when customers dine-in to encourage restaurants to open up again and bring back staff.

Today, This Morning's Alice Beer said today she expects customers to take advantage of "loopholes" in the scheme.

Speaking from a KFC branch in Swindon, she said: "If you park the car and go inside and say "yes I am going to have my takeaway here" and you sit down and as soon as their backs are turned, hoof it back to your car, they’re [staff] not going to come running after you. 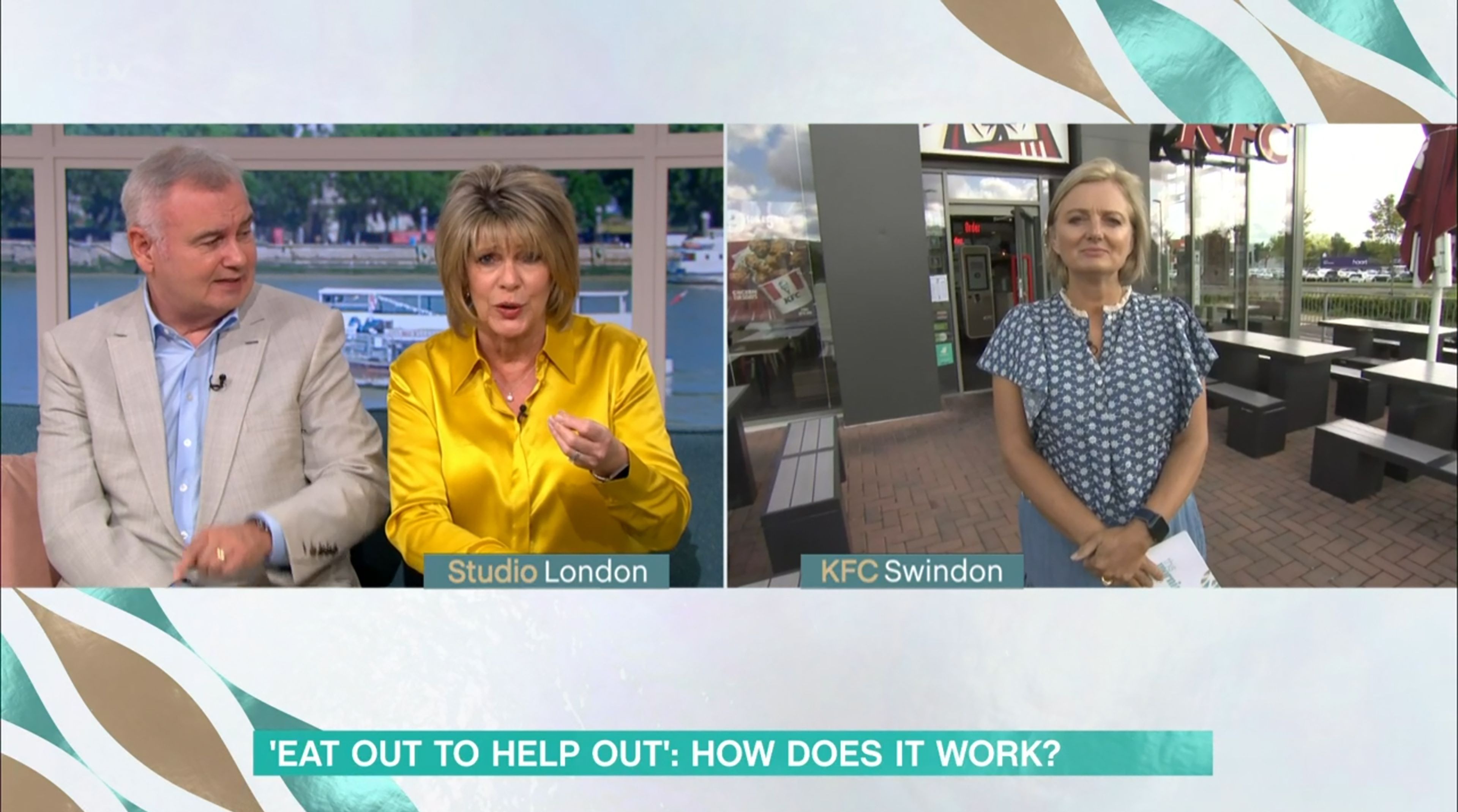 "How can they? They can’t manage this, they can’t police this, so of course, there are loopholes which I am sure customers will find."

She made her point while stood inside a KFC, as many fast food chains will be unable to tracks customer buys an "eat in" meal but doesn't sit inside its restaurant.

While they have to show they are following the rules of the scheme, Alice pointed out that restaurants don't have the staff to police it.

Of course, that's not the spirit of the incentive, which has been designed to boost the leisure and tourism industry.

It is also aimed at helping struggling restaurants. 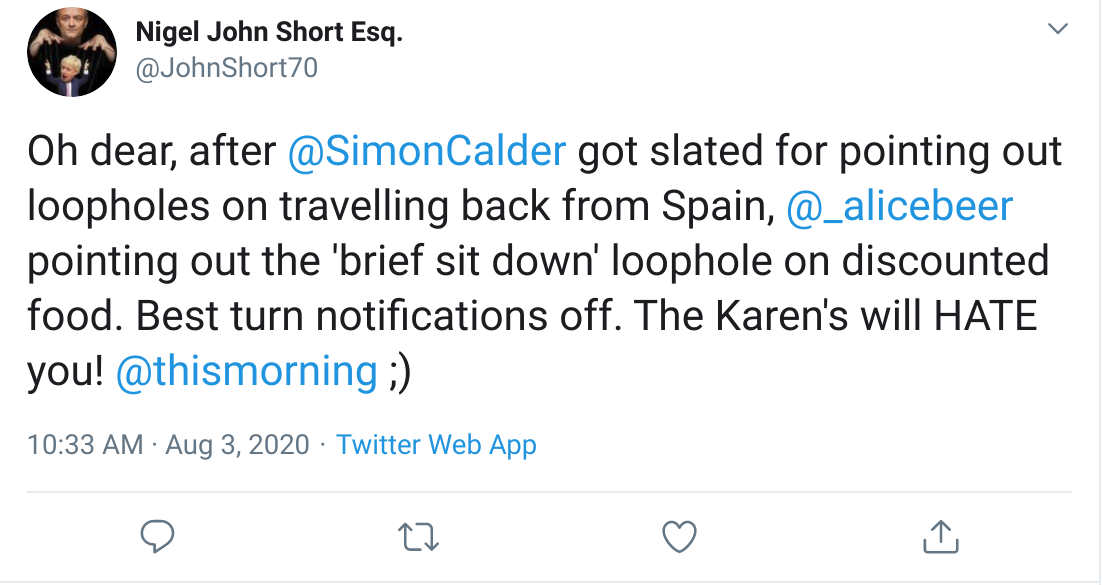 Currently, around two thirds of the sector remain out of work, either on furlough or they've been let go.

Today is the first day of the scheme and already hundreds of Brits have taken advantage of it to bag half price breakfasts.

There is a £10 cap per person and you can only get the discount on Mondays, Tuesdays and Wednesdays until August 31.

It comes a week after This Morning's travel expert Simon Calder was slammed for revealing shocking quarantine loopholes.

One viewer tweeted: "@thismorning what is going on with you lot? Are you loophole central these days?

"How much more advice for skirting the system are you going to give out?"

How to calculate the bill

THE government will pay for half of your bill, up to £10 a head, when you eat out on certain days of the week in August.

To work out how much your bill will be after the discount is applied, you should start by adding together everything that you ordered.

You'll then need to take off any items that it doesn't cover, such as alcoholic drinks and the service charge.

Then, divide this by two to find out half of the bill.

To check that it comes under the £10 per head cap, divide it again by the number of people who are dining.

If it works out as more than this per person, then you'll need to multiply the number of people eating by £10.

You should then minus the answer from the total cost of the items that the discount can be applied to.

For example, four people eat out and the total bill that the discount can be applied to comes to £90.

Half of the bill would be £45, but that's more than the limit.

Another said: "Loophole to find.. LOL. Not now, everyone watching This Morning now know a Loophole… great TV people!!"

Leanne pointed out: "They love pointing out loopholes on #ThisMorning I hadn’t even thought of that."

And Nigel wrote: "Oh dear, after @SimonCalder got slated for pointing out loopholes on travelling back from Spain, @_alicebeer pointing out the 'brief sit down' loophole on discounted food. Best turn notifications off. The Karen's will HATE you! @thismorning ;)"

Thousands of eateries around the UK have signed up to the scheme – you can find where to get the discount in your local area by using the postcode checker.

From breakfast at Costa, lunch at McDonald's and dinner at Toby Carvery, Britain's Coupon Kid Jordon Cox shows The Sun readers how to make the most of the deals.

Some restaurants, like Prezzo and Premier Inn, have removed the £10 a head cap so you can get even more bang for your buck.

We revealed how stacking the deals means you can get a Big Mac and fries for £1 today.

One mum used the offer to bag an all-you-can-eat breakfast at Premier Inn for herself and two children for £4.50.