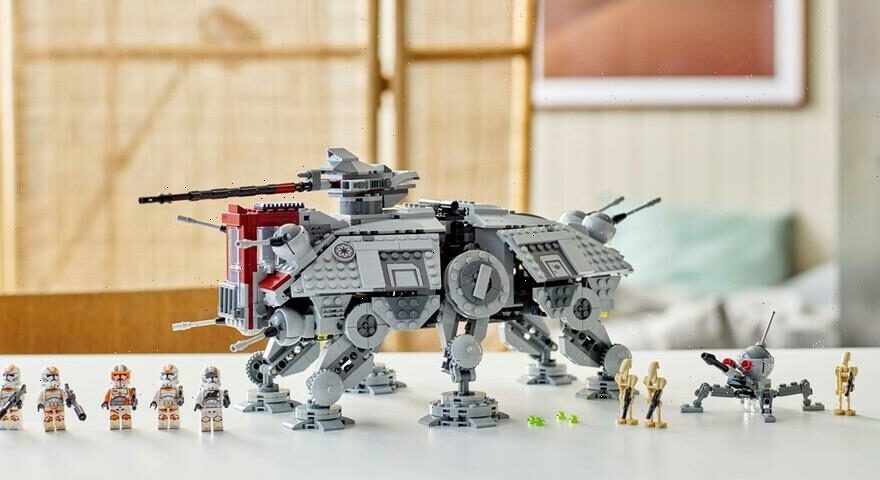 For LEGO Star Wars fans, it has already been an exciting year of releases. However, arguably the most anticipated set of the year has yet to come. While the 20th anniversary of Star Wars: Episode II – Attack of the Clones hasn’t been a focal point of this year’s LEGO Star Wars offerings, prequel fans are celebrating the unveiling of Star Wars: Episode III – Revenge of the Sith’s AT-TE Walker. The iconic vehicle is now found in play-scale LEGO form for the fourth time, with its last release taking place in 2013.

Constructed of 1,082 pieces, this set refines previous iterations with improved play features, including a more spacious interior. However, the focus from fans has been on the accompanying figures. While three battle droids and a dwarf spider droid provide Separatist opposition, five Phase II 212th Attack Battalion Clones represent the Republic’s presence on Utapau and control the walker. The clones are outlined by three 212th Clone Troopers alongside a Clone Gunner and the legendary Clone Commander Cody who is in his Phase II armor for the first time as a LEGO minifigure.

Release for the LEGO Star Wars AT-TE Walker was originally scheduled for October 1 worldwide, however, its North American launch looks to be postponed. Retailing at $140 USD, the set will hopefully be available for all customers soon via LEGO and select retailers.

In other LEGO news, The Office finally makes its entrance into the world of LEGO.
Source: Read Full Article