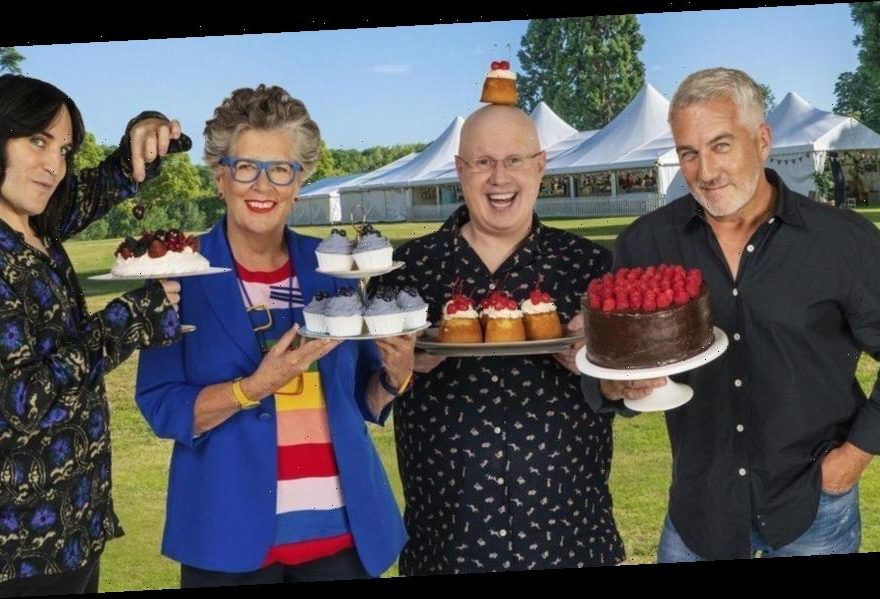 Why ruin steamed buns by making them look like cheeseburgers?

This sacrilege was one of many egregious moments on the Japanese Week episode of the latest season of “The Great British Bake Off” (known as “The Great British Baking Show” in the U.S., where it airs on Netflix). The bakers had to make their own version of a steamed bun, and many of them turned to flavors that were very much not Japanese, and treated different Asian cuisines as the same.

The theme was apparently suggested by judge Paul Hollywood — who has been accurately described as the “physical embodiment of manspreading,” and “a claggy mess of preening masculine pomposity” in Vulture and The Ringer, respectively — who visited Japan recently, as he explains in the episode. (Imagine having the confidence to declare yourself an expert on Japanese cuisine after one visit.) We don’t have to re-litigate the episode itself, which other writers have rightly pointed out was racist and Orientalist. At the very least, the episode should have featured an expert who is, you know, Japanese. (When judge Prue Leith told baker Hermine, “There’s not, for me, enough Japanese-ness about this cake,” I yelled at my screen: “How would you know, Prue?!”)

The perils of Japanese Week encapsulate larger problems with the show. The classic “Bake Off” spirit was calming and low-stakes, with the biggest dramas involving bakers worried about ice cream melting into a puddle or a piping hot, barely-out-of-the-oven cake careening off of its stand. But a lot of fellow “Bake Off” fans have pointed out how recent seasons have leaned too much into gimmicks and stunts. Chief among the increase in contrived bits is the infamous Hollywood Handshake. Originally, Hollywood would shake the hand of a baker who made something truly exceptional. But during several recent seasons, he deployed it so often that it became virtually meaningless.

These shifts coincided with the show moving from the U.K.’s publicly funded BBC to the commercial network Channel 4 in 2017, and the subsequent departures of beloved hosting duo Mel Giedroyc and Sue Perkins and legendary judge Mary Berry. I miss them too, but I also grew to really like hosts Sandi Toksvig and Noel Fielding and their goofy baking puns. I’m not yet sure how I feel about this season’s new co-host, Matt Lucas. But like an enriched bread that requires multiple rounds of proving, I am willing to give him more time.

Yet there’s a simpler explanation for recent pitfalls. Eleven seasons and hundreds of challenges later, it must be more difficult for the show’s production team to come up with new ideas for each new set of bakers and avoid repeating previous recipes or themes. The bakers often talk about having watched earlier seasons of “Bake Off,” which remains one of the U.K.’s most popular shows. Some of them even reference having baked recipes from the judges’ cookbooks and studied their techniques, so they already know what they’ll be judged on — especially by the ubiquitous Hollywood.

So we get these strange theme weeks, like the aforementioned mess that was Japanese Week and the less cringeworthy but still befuddling ’80s Week. This season’s challenges have also included making rainbow bagels and brownies — the latter of which none of the bakers were able to master, for some inexplicable reason. During Cake Week, the bakers had to construct and sculpt their cakes into busts of their favorite celebrity. The resulting creations — which were hilariously bad but in an endearing way — seemed like they belonged on Netflix’s “Nailed It!” instead.

Other recent seasons have also had some rather unconventional theme weeks, like Roaring ’20s Week and Forgotten Bakes Week. There have also been challenges and tasks that arguably don’t even assess the contestants’ baking, like making a veggie burger (both the bun and the burger patty itself) and making pita bread over an open fire outdoors.

On the episode that aired on Nov. 13, the bakers had to make a cake topped with a precarious jelly dome.

“It’s kind of baking,” co-host Fielding says, while looking over baker Marc’s shoulder as he painstakingly tries to embed a design in his jelly mold.

“Baking, but not as we know it,” Marc replies.

Despite these frustratingly elaborate conceits, I keep returning each week. After all, the show still maintains its core ingredients: warmth, fluffiness and sunshine. The light-filled tent and pastel-colored set bring comfort and offer a modicum of regularity in these very irregular times. Unlike some other shows produced during the pandemic that have addressed COVID-19 head-on, this season of “Bake Off” has found the right balance of acknowledging reality while also providing some escape from it.

There are some brief reminders of the world around us, like when baker Peter explains that his white chocolate cake decorated with math symbols is in honor of his brother, a math major who couldn’t have his graduation because of the pandemic. On the first episode, co-host Lucas laments that eliminating the first baker of the season is an especially heartbreaking occasion this time around, given the lengths to which each baker had to follow strict health and safety procedures prior to the grueling filming schedule.

But in the end, it’s still the sweet and friendly bakers who are the showstoppers. Every season, I find contestants to root for, and I take delight in their successes and lament their failures. My heart always swells when one of the hosts rushes over to comfort a panicking baker and reassures them, “It’s OK, it’s just a cake.” I adore when several other competitors drop everything to help another baker who’s running out of time. When the week’s eliminated baker tearfully explains how much they’ll miss everyone, and that the best part of the show is that they made a dozen new friends, I get teary too. One of the enduring appeals of “Bake Off” is that the competitors seem genuinely pleasant and genuinely here to make friends — and many of them do remain friends long after the cameras stop rolling.

So I’ll keep watching, even if no one seems to know how to bake a brownie, or everyone assumes all Asian food is the same, or Prue preposterously proclaims Paul’s babka recipe is better than any babka in New York City.

As a certain manspreader judge frequently tells the bakers, it’s about mastering both the style and the substance. The style is a bit of a mess right now, but the substance is still scrumptious.