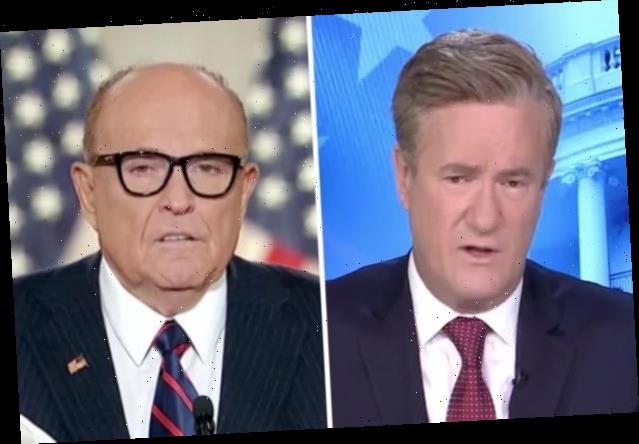 “So many of these people continue to damage their reputation more by the day,” the MSNBC host says Wednesday

Joe Scarborough minced no words about the Trump campaign’s continued efforts to deny the results of the 2020 presidential election, mocking campaign attorney Rudy Giuliani as “the grifter in chief” and challenging Republicans to stop “making fools of themselves” and publicly acknowledge Joe Biden’s victory.

“At this point, it’s a giant Giuliani grift,” Scarborough said on Wednesday’s edition of “Morning Joe.” “He got laughed out of court yesterday in Pennsylvania.”

Co-host Willie Geist noted that the Trump campaign is 1-for-25 so far in its legal challenges over the vote-counting (that sole win being a procedural one about access for campaign staffers to the counting rooms) — including on Tuesday, when former New York City Mayor Rudy Giuliani faced stiff questioning from a federal judge about the campaign’s request to “invalidate more than 6.8 million votes.”

Scarborough also had harsh words for many top Republicans who have yet to publicly acknowledge the election results — and to the Trump campaign’s continued legal and rhetorical challenges to the vote results.

“It’s hard to believe that after all of these years, so many of these people continue to damage their reputation more by the day,” he said. “If you want to know how bad things are going, they’ve now passed their legal proceedings over the grifter in chief, Rudy Giuliani, who I don’t think had been into a courtroom since 1992 when he got laughed out of the federal courtroom in Philadelphia yesterday.”

Watch the full segment above.