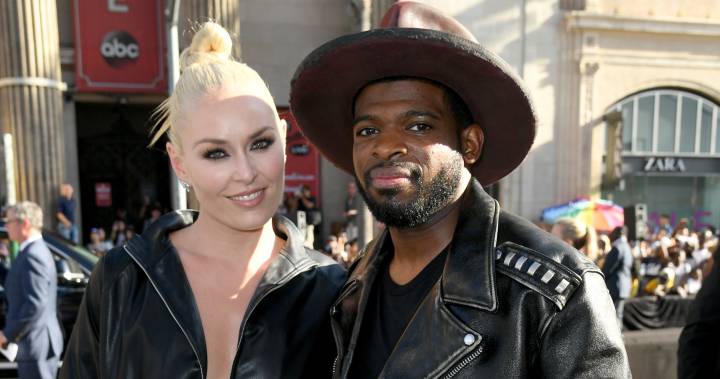 The retired Olympic alpine ski racer and the Canadian hockey player announced the news on Friday.

The pair have been dating for over a year now and made their debut as a couple on the red carpet last June at the 2018 CMT Music Awards.

“Right off the bat, I knew he was different,” Vonn said in a Vogue article announcing their engagement. “But I’d been married before, so I was pretty hesitant to let myself think that I could find someone that I would want to be married to again. After a few months of dating, I knew he was the one I wanted to be with, though. He makes me happy, and he’s so positive and energetic.”

“Lindsey’s the best thing that’s ever happened to me,” Subban told Vogue. “There are people in life that deserve to be with good people. They have that person who takes care of them and makes them smile, and she deserves to be with someone who loves her more than anything else in the world, and I do.”

“I got the ring and said, ‘You know what? I’m just going to do it at home.’ Everything kind of came together on that day,” Subban said. “Everyone says the stars aligned — well, it was actually a full moon. I was worried because I knew she would want to be dressed up and not in her pajamas, and it just so happened she had a business meeting, so she was fully dressed up.”