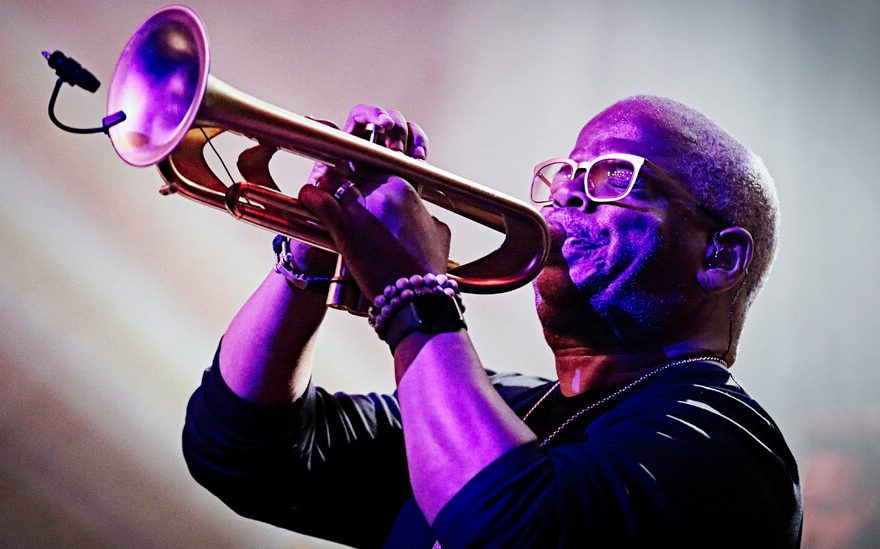 Like Wayne Shorter — to whom his newest album, “Absence,” is dedicated — Terence Blanchard is the rare jazz star whose renown as a composer almost overshadows his reputation as a daring and stylish improviser. Almost.

Blanchard, whose opera “Fire Shut Up in My Bones” opens the Metropolitan Opera’s season on Monday, rose as a jazz phenom in the early 1980s, taking over the trumpet chair in Art Blakey’s fabled Jazz Messengers after Wynton Marsalis left. Barely 20, he was a double threat even then: writing compositions of coiled energy and smartly woven rhythmic interplay, and improvising fiercely, cutting sharp turns and slipping into sly glissandos.

He soon became Spike Lee’s musical other half, a relationship that helped to make film scoring into a primary vocation. And in the 21st century, he’s established himself as one of jazz’s most respected educators and spokesmen. Here are a few highlights from his discography.

Throughout much of the 1980s, Blanchard led a band along with the alto saxophonist Donald Harrison — a fellow 20-something New Orleans native and Jazz Messenger — that became one of the standard-bearing groups of jazz’s Young Lions movement. In “Ninth Ward Strut,” Blanchard pays tribute to his hometown’s signature sound with a swinging second-line rhythmic underpinning, while pushing his own identity as a composer. The track is rhythmically suspenseful and harmonically jagged in a way that would become characteristic.

Spike Lee tapped Blanchard to record the trumpet parts for Denzel Washington’s character in “Mo’ Better Blues” (1990), including on the film’s title tune, which became a kind of Young Lions-era classic. Lee soon began asking Blanchard to write scores — and he hasn’t stopped. “Malcolm X” (1992) was one of the first films Blanchard did, exploring an expanded palette of choral harmonies, strings and brass. He rearranged the music for jazz sextet soon after, and recorded it as “The Malcolm X Jazz Suite,” a restless and ambitious album for Columbia Records.

Blanchard recorded this track with the neo-soul doyenne Erykah Badu for the soundtrack to “Fire Shut Up in My Bones” librettist Kasi Lemmons’s 1997 film “Eve’s Bayou.” Bantering with Badu, he pulls sassy glissandos from the horn and pushes her into pitter-patter rhythmic exchanges. (It later reappeared on a deluxe edition of the album “Baduizm.”)

After scoring “When the Levees Broke,” Lee’s 2006 documentary about Hurricane Katrina, Blanchard adapted his compositions into a suite, as he had with the “Malcolm X” music. He released the results as “A Tale of God’s Will” the following year.

Katrina was deeply personal for Blanchard, whose mother lost her home in the storm. Adoration and enervation course together on “Dear Mom,” as Blanchard plays a pas de deux with a large string section. The album won Blanchard the second of his five Grammys, for Best Large Jazz Ensemble Album.

For years, Blanchard has put a premium on working with younger musicians, and in his current quintet, the E-Collective, he’s assembled a wrecking crew of cutting-edge improvisers who regularly reimagine how jazz-rock fusion might work. On “Can Anyone Hear Me,” from a recent live album, Blanchard’s horn is encased in an electric bodysuit of distortion and effects, but the precision and counter-intuition of his soloing shines through.