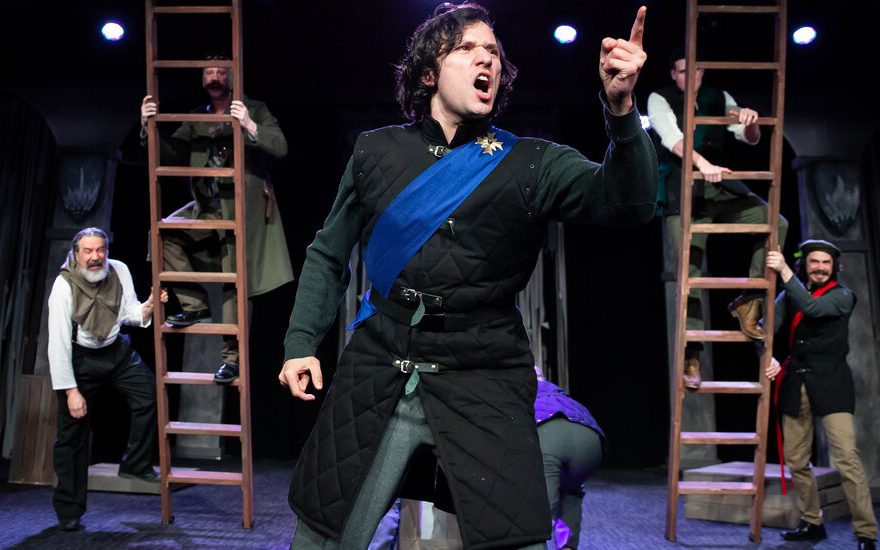 I’ve written several versions of this story. First it was supposed to be an account of a small theater company’s ambitious stage project, then a story about that interrupted project and the company’s plan to regroup because of the pandemic. Now it’s an elegy for a small theater that the coronavirus shut down.

On a bright but chilly Saturday afternoon in February, I hopped on a train to Alexandria, Va., just outside of Washington. I was visiting Brave Spirits Theater, which was presenting the first part of a bold endeavor: staging eight of Shakespeare’s history plays (the two tetralogies, from “Richard II” to “Richard III”) in repertory, over the course of 18 months, culminating in a marathon performance of all eight works.

I was there to see the first two plays in the series, beginning with a matinee performance of “Richard II.” On the car from the train station, I peeked at the quiet suburbs of Alexandria — brick houses with wraparound porches, American flags by the door — until I arrived at the theater, which channeled the small-town whimsy of a playhouse in a storybook. The space, a converted church building, had pale yellow columns out front and bright turquoise trim around the windows, with red accents throughout. 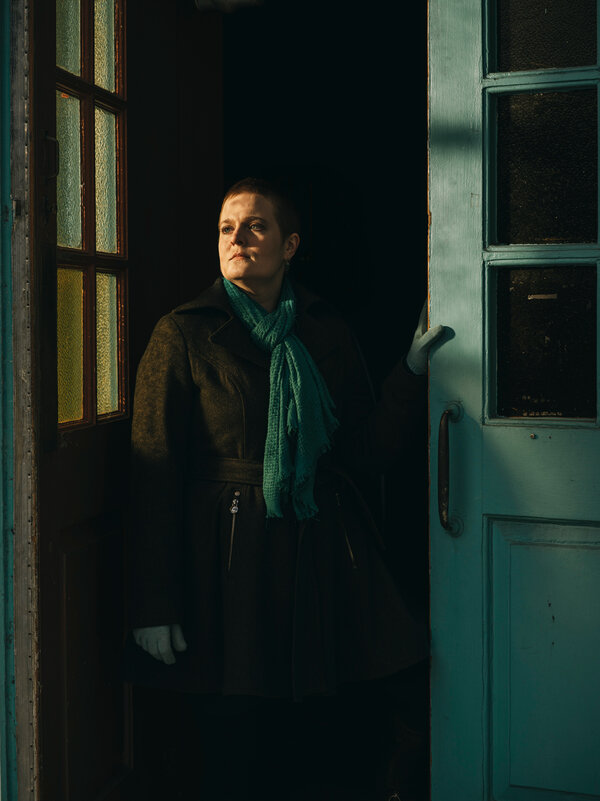 Charlene V. Smith, who co-founded Brave Spirits in 2011, told me that the idea for the project occurred to her in 2008, when she saw the Royal Shakespeare Company in London do a marathon performance of the histories. Brave Spirits was claiming to be making history by being the “first professional American theater company to mount full productions of Shakespeare’s two history plays tetralogies and perform them in repertory.”

A few feet away from where we were sitting, in one corner of the lobby, was a chalkboard. Four calendar months were neatly drawn in perfectly symmetrical boxes — January, February, March, April — with a color-coded schedule of performances of the first tetralogy, which the company named “The King’s Shadow”: Richard in bright red, the first Henry in clover green, the second Henry in yellow and the last Henry in a crisp, royal purple.

In a humble but well-done production, Brave Spirits had Richard II crowned and killed, and his successor, Henry Bolingbroke, a.k.a. Henry IV, was named the new king. After the audience left, the cast milled around the space, chatting in the kitchen, which doubled as the box office. “Is your bag of heads upstairs?” I heard someone call out from the hall. A few wore shirts that were being sold by the company, black tees with gray block lettering that read “Richard & Henry & Henry & Henry & Richard.” (Ever the Shakespeare nerd, I bought one.)

That evening I saw “Henry IV, Part I,” and every seat was filled. Older couples and families and a couple of teens gabbed and waved at one another; everyone was a local. I left on the train the next morning, still buzzed with the energy in that tiny converted church.

I wrote the article, but before it was published the pandemic shut down the performing arts across the nation, and the story of Brave Spirits changed. Like many other theaters, it was forced to cut short the histories project, which DC Metro Theater Arts predicted would be “one of the must-sees of the 2021 season.” April 19-20 was supposed to be a big weekend for the company, when all of the plays in the first tetralogy would be staged in repertory, ending in the capstone of the first half, “Henry V.”

On March 12, Gov. Ralph Northam of Virginia declared a state of emergency and, shortly after, the White House issued a proclamation declaring Covid-19 a national emergency. Brave Spirits decided to cancel the marathon weekend but still go out with one last performance — the opening-night show of “Henry V.”

“At that point,” Smith said when I checked back in with her in late April, “people had put so much into it that everyone was like: ‘We need to open “Henry V.” We need that opening-night performance tomorrow. We just need it.’” Brendan Edward Kennedy reported that after the show, in his dressing room, he started to sing the wartime ballad “We’ll Meet Again.” (“We’ll meet again/Don’t know where/Don’t know when.)” He sang it briefly to me on the phone.

After that “Henry V,” the theater froze: costumes still on racks and props in bins, stored under the audience risers. As for the tools of war — swords, spears — Smith had them stored for safekeeping in her home in McLean, Va.

The theater put up a fight through the spring and summer; an annual fund-raiser netted over $7,000, compared with its usual $3,000, giving the cast and crew some hope. (Smith told me the company’s annual budget was around $50,000, but for the first histories project season it was tripled, to roughly $150,000.)

For several weeks, the cast kept up with online script readings and planned for a fall with more virtual rehearsals until, they hoped, they would come back with the second half of the project in January 2021.

That was supposed to be my new story: one about a small theater enduring despite the consequences — something that captured the stakes and scope of the difficulties but that still ultimately ended up being about hope and resilience.

By this point you already know that’s not the story I’m telling now, 10 months after I first visited Virginia and nine months since the lockdown began. On Nov. 21, Brave Spirits announced its closure: “Without the ability to plan for future performances, Brave Spirits is unable to recover financially from the loss of Shakespeare’s Histories,” a news release stated, the last two words in bold as though spoken through a megaphone.

Brave Spirits produced more than 20 plays and employed over 300 artists, and was known for its quietly subversive interpretations of classics, usually through a feminist lens. But the company announced it had one parting gift: audio recordings of the plays in the histories project, which they hope will come out in late 2021. It’s hard not to think of it as another reminder of all the things the coronavirus destroyed in just a couple of months.

The fact that Brave Spirits lost this battle would have been sad enough if it weren’t also so utterly, ironically Shakespearean. This spring, during a follow-up call with Kennedy, I asked the actor how he had attacked King Henry V’s famous St. Crispin’s Day speech.

The speech is usually said to fanfare and fireworks. King Henry V, no longer the childish, mischievous Prince Hal, has become the brilliant leader, inspiring his men to perform a feat of greatness. Kennedy said that their approach to this scene was a bit different — a glorious moment that is nevertheless fatalistic, with the soldiers fully understanding the cost of war.

Kennedy told me that he and Smith had imagined the soldiers’ bleak logic: “‘Let’s go out in a blaze of glory, and let’s hit them so hard that people are going to be talking about this for centuries. They’re gonna remember all of our names, and this deed is going to make us heroes in the annals of history.’” Kennedy was aware of the parallels — that, like the soldiers on St. Crispin’s Day, he and his fellow actors were going into the performance aware of “the possibility that this could be the last time that we ever do this.”

The end of Brave Spirits isn’t the story I wanted to end up with. And yet this small theater in Virginia, which persevered until it couldn’t any longer, is just one of many that won’t make it out of 2020. It’s a shame, not just the closure itself, but the fact that the circumstances that led to it were preventable: The government’s poor response to the pandemic, and our country’s general refusal to value and subsidize the arts as it should, guaranteed that some theaters wouldn’t survive.

I thought back to that day in February, when after I interviewed the cast, they celebrated a colleague’s birthday with pizza and cake and a round of “Happy Birthday” in the theater’s lobby.

I packed up as quickly as I could, not wanting to interrupt, but they had happily forgotten me. Their conversations and laughter filled the space, a separate world and a safe haven for a community of artists. However briefly, I felt that. But this is all I can offer: the image of kings on a stage, a church-turned-theater in Virginia, a post-show pizza party. With Brave Spirits now closed, it’s all I have, and I wish it were enough.