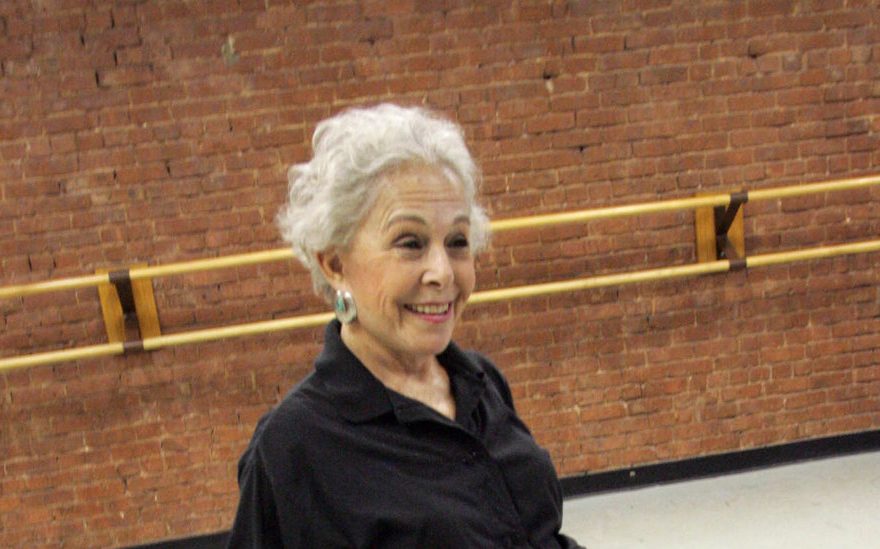 Marge Champion, the lissome dancer and choreographer who with her husband, Gower, epitomized the clean-cut, all-American dance team of Hollywood musicals, Broadway productions and television variety shows of the 1950s, died on Wednesday in Los Angeles. She was 101.

Her death was confirmed by her son Gregg Champion, who said on Thursday that she had been living with him at his home in California for the past six months because of the pandemic.

Ms. Champion was a child of Hollywood, the daughter of a dance coach who taught her ballet, tap and the twirls, kicks and glorious sweeps of the ballroom. She performed at the Hollywood Bowl as a girl and as a teenager was a model for three Walt Disney animated features, her graceful moves transposed to the heroine of “Snow White and the Seven Dwarfs” (1937), to the Blue Fairy that gave life to the puppet in “Pinocchio” (1940) and to the hippo ballerinas tripping lightly in tutus for “Dance of the Hours” in “Fantasia” (1940).

But her career came to little until 1947, when she and Gower Champion, a childhood friend, became partners both professionally and personally. In the next few years, they were pivotal in a transition from the escapist musicals of the Depression to an exuberant new age of postwar television, successors to Fred Astaire and Ginger Rogers and the first dance team to achieve national popularity through television.

The Champions did not possess the sheer magic of Astaire and Rogers or rival their stardom in Hollywood. But as television began to permeate American homes in 1949, they joined the weekly “Admiral Broadway Revue,” with Sid Caesar and Imogene Coca, on the Dumont and NBC networks, and delivered something new: narrative dances that sparkled with pantomime, satire, parody and touches of nostalgia.

“All of the Champions’ dances have one thing in common — they try to tell a story or present an idea,” Arthur Altschul wrote in The New York Times. “One may be a dramatic night dance, another satirizes dance’s three famous D’s — De Marco, De Mille and Draper; still a third accentuates the problems of practicing steps in a congested rehearsal studio.”

They also brought their story-dance techniques to nightclubs and the stage. In a 1951 Broadway revue, “Make a Wish,” they danced a ballet sendup of bargain day in a department store: the chaos at the tables, the fighting for a shmata. A New York Post critic called it “a fine triumph of rowdy slapstick.” 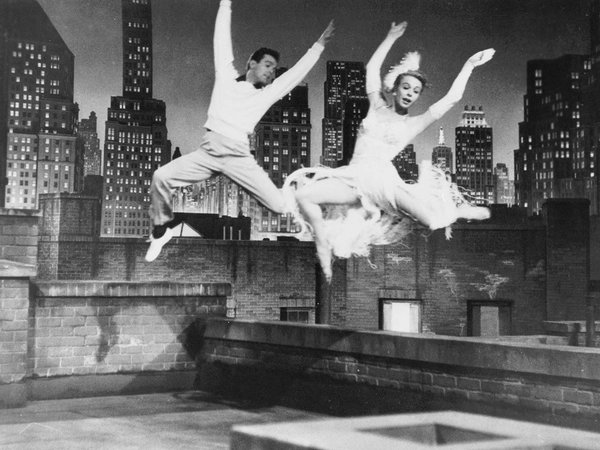 As their audiences grew into the millions, Hollywood beckoned. The Champions played themselves in “Mr. Music” (1950), a light comedy with Bing Crosby about a sidetracked songwriter. In “Show Boat” (1951), with Howard Keel and Kathryn Grayson, the Champions were members of the onboard troupe of entertainers and sang as well as danced. In “Lovely to Look At” (1952), a remake of “Roberta” also with Keel and Grayson, the Champions sang and danced a memorable number, “I Won’t Dance.” In their first roles with top billing, they played married dancers loosely based on themselves in “Everything I Have Is Yours” (1952).

The Champions radiated the vitality of young America, looking even in middle age like a couple of fresh-scrubbed teenagers. They were extraordinarily handsome — she a petite brunette with the blushing cheeks and sincere brown eyes of the girl next door; he a tall, slender letterman with a crew cut and a dreamboat face. They were in constant motion, swirling, dipping, leaping. John Crosby of The New York Herald Tribune called them “light as bubbles, wildly imaginative in choreography and infinitely meticulous in execution.”

They appeared on dozens of television shows, from the variety entertainments of Ed Sullivan and Dinah Shore to “The Bell Telephone Hour” and “General Electric Theater.” In 1957 they had their own sitcom, “The Marge and Gower Champion Show,” in which they played fictionalized versions of themselves. But their professional partnership ended in 1960, and their careers went separate ways. After years of growing apart, the couple, who had two sons, Blake and Gregg, were divorced in 1973.

He became an award-winning Broadway director, with hits that included “Bye Bye Birdie” (1960) and “Hello, Dolly!” (1964). She took small roles in many films and in 1975 won an Emmy for choreographing the TV movie “Queen of the Stardust Ballroom,” a comedy starring Charles Durning and Maureen Stapleton. In 1981 she choreographed a nude dancer in the film “Whose Life Is It Anyway?” Anna Kisselgoff of The New York Times called it “a stunning sequence, created by someone with a deep understanding of how dance and film can mutually enhance each other.”

Marjorie, who began dance lessons at 3, attended Bancroft Junior High in Los Angeles and Hollywood High School. She knew Gower from Bancroft and from her father’s studio. In 1937 she married Arthur Babbitt, a Walt Disney animator who created the character Goofy and worked with her in drawing Snow White and later characters for “Fantasia.” They were divorced in 1940.

Calling herself Marjorie Bell, she made her movie debut in 1939 with a small part in “The Story of Vernon and Irene Castle,” starring Astaire and Rogers as the legendary dance team of the World War I era. It was the last Astaire-Rogers musical of the 1930s.

Moving to New York, Marjorie danced in Broadway productions, including “Dark of the Moon” (1945), a drama with music set in Appalachia, and Duke Ellington’s “Beggar’s Holiday” (1946).

In 1947, Marjorie and Mr. Champion, who was back from wartime Coast Guard service, began what proved to be a 13-year dance partnership and a 26-year marriage. A few days after their wedding, they made their debut at the Plaza Hotel. They toured nightclubs across the country, building a solid base of bookings and billings. In 1949, television catapulted them to national fame.

While their careers and lives drifted apart in the 1960s and ’70s, Marge and Gower remained what their friends called soul mates. Both remarried. He died of a rare blood disorder in 1980, hours before a show he directed, “42nd Street,” opened on Broadway. Her third husband, the television and film director Boris Sagal, whom she married in 1977, died in a helicopter accident in 1981. Her 25-year-old son, Blake, was killed in a car crash in 1987. In addition to her son Gregg, she is survived by her daughter-in-law Christine Champion and grandchildren Dylan Gower Champion, Alana Blake Champion and Gabriel Marantz.

Depressed after her son’s death, Ms. Champion immersed herself in work. She taught dance and choreography in New York, lectured widely, joined the boards of several arts organizations and was a member of the Tony Awards nominating committee for years. She also took many small roles on television and in films.

“Her last Broadway appearance was at 82 years of age in Stephen Sondheim’s ‘Follies,’ where she danced with her partner Donald Saddler doing eight performances a week for six months,” her son Gregg wrote of her 2001 appearance in the Sondheim revival.

“She continued dancing as she aged into her 100th year,” he said, adding that she often said “that ‘one should celebrate every decade for what it gives you and not for what it takes away.’”

“Keep Dancing,” a short documentary about Ms. Champion and Mr. Saddler, was made by Douglas Blair Turnbaugh and Greg Vander Veer in 2009.

Ms. Champion, who lived in Manhattan and gardened for many years at her farmhouse in Stockbridge, Mass., was inducted into the National Museum of Dance’s Hall of Fame in 2009, and in 2013 received the Douglas Watt Lifetime Achievement Award at the Fred and Adele Astair Awards ceremonies in New York.

In 1999, led by the dancer-actress Ann Reinking, the stars of many dance companies assembled at the opening of the Jacob’s Pillow Dance Festival in Becket, Mass., to pay tribute to Ms. Champion. Nearly 80 but still vivacious, she told the crowd, “I just want to say: It does get better!”