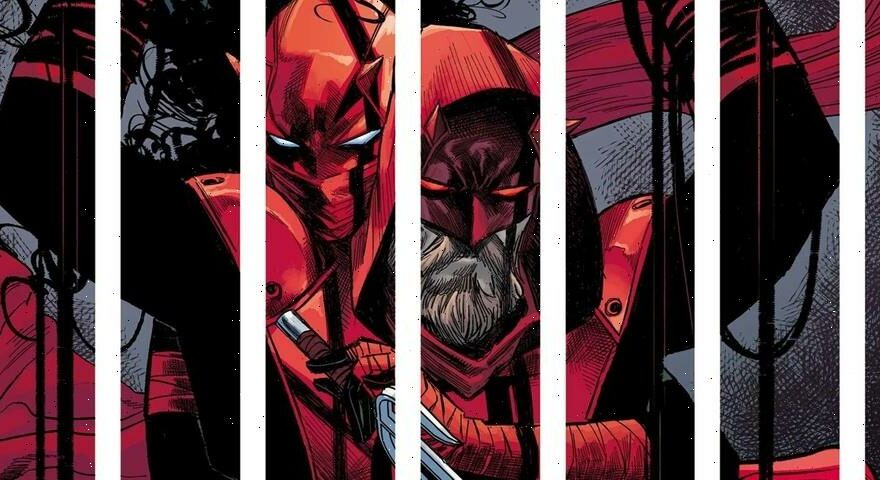 It seems that Charlie Cox‘s live-action Daredevil isn’t the only one who’s getting a new suit, the Devil of Hell’s Kitchen has just received a new look in his own Marvel comic series as well. Previewing the cover art for Daredevil #5 that’s scheduled for release in November, the entertainment giant has revealed a new hooded costume for the street-level superhero.

The illustration features Matt Murdock donning his signature tone of red with his “DD” logo emblazoned on his chest and his half-mask covering his eyes, but unlike his previous horned suit, the character is now wearing a red hood over his head that pairs with his beard.

For fans who are more familiar with Marvel’s comic universe, you’ll also notice that his new suit is likely a nod to his previous nemesis Ikari, who mirrors Daredevil by having the same powers except without losing his sight. Given Murdoch’s current arc in the series, it seems that the costume change could represent him becoming his own enemy.

In other related news, Tatiana Maslany shares with us her journey to joining the MCU in She-Hulk.
Source: Read Full Article