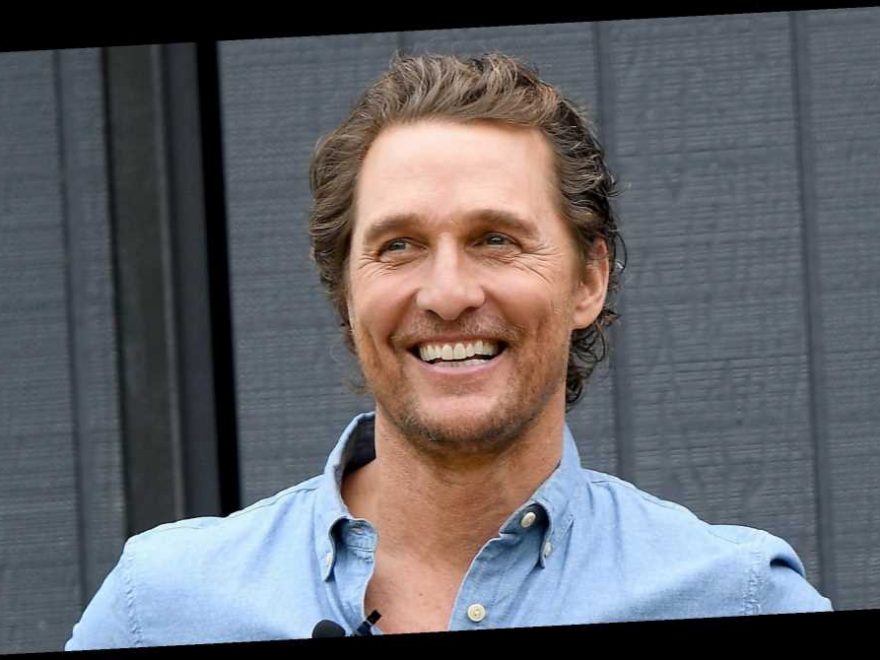 Changing directions. Matthew McConaughey was eager to find a way to be more “challenged” in his career after starring in a long string of romantic comedies in the early 2000s.

The 50-year-old Texas native opened up about making sacrifices for his art during a candid conversation on the “Pardon My Take” podcast on Wednesday, October 21. Back in the day, McConaughey was “rolling in rom-coms,” and joked that he “took the baton” from notorious leading man Hugh Grant. Movies like The Wedding Planner (2001), How to Lose a Guy in 10 Days (2003) and Ghosts of Girlfriends Past (2009) were “paying for the rent for the house on the beach,” but McConaughey knew he was capable of more.

“I wasn’t feeling challenged,” he explained. “Those movies I wanted to do, they were like, ‘No, not with you McConaughey. You’re the rom-com shirtless guy, we’re not gonna let you do this movie.’ So I said if I can’t do what I want to do, I’m going to quit doing what I’ve been doing.”

While deciding on his next move, the Interstellar star relied on Camila Alves, whom he wed in June 2012. The pair welcomed son Levi in July 2008, daughter Vida in January 2010 and son Livingston in December 2012. His life with his family was “more full than it’s ever been” during his rom-com days — but he still felt like something was missing.

10 Wild Things We Learned About Matthew McConaughey in His Book

“I checked with Camila and I dropped many a tear on her shoulder,” McConaughey recalled. “[I said], ‘I’m about to stop doing what I’ve been doing and I don’t know how long I’m gonna go without work. … I’m going to need your help.’”

For six more months, the True Detective star still only saw rom-com offers coming his way. Despite being sent million-dollar deals, McConaughey stood his ground and turned them down.

In the year and a half that he wasn’t working, McConaughey “unbranded” himself from his romantic comedy image. Leaving that label behind allowed him to “rebrand” as a more dramatic actor — and the offers quickly came rolling in. However, the Lincoln Lawyer star doesn’t “regret” doing the movies that thrust him into stardom.

Best Rom-Coms to Watch When You’re Stuck at Home

McConaughey went into even more detail about his past in his new book, Greenlights, which hit shelves on Tuesday, October 20. “Words can not express how proud I am of this work of love that Matthew did!!” his wife, 38, gushed in an Instagram post on the memoir’s release day. “Laugh out loud, to tears, to wisdom, to the bumper stickers it is a journey you just have to read!!!”