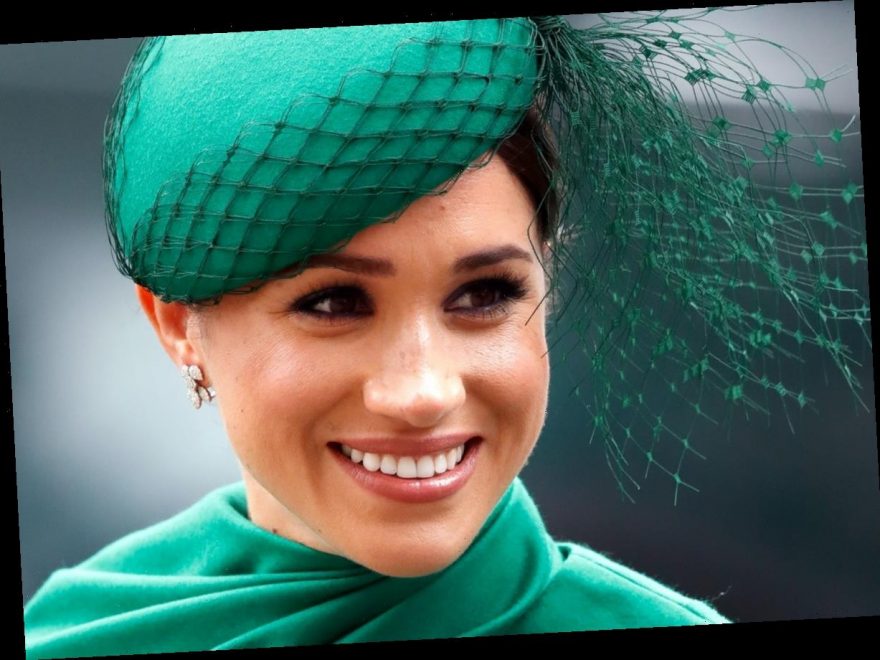 Omid Scobie, Nicola Coughlan, and Erica Joy Baker have spoken up for the Duchess.

During an Aug. 20 When All Women Vote Week of Action virtual "couch party," Meghan Markle encouraged fellow U.S. citizens to mobilize "to have our voices heard," referencing "what’s at stake" in November’s general election. Almost immediately, a new round of backlash against the American-born Duchess of Sussex began, with British TV host Piers Morgan calling for the Queen to strip Meghan and Prince Harry of their royal titles, for example, in light of what he called "[spouting] off about foreign elections in such a brazenly partisan way." However, several Twitter users were quick to defend Meghan amidst her voting comments as well.

"If those attacking #Meghan this morning actually WATCHED the video, they’d see she’s simply telling people to vote and take the election seriously," British history professor and author Kate Williams tweeted on Aug. 22, adding a #Misogynoir hashtag. "Yes we can all guess who she supports, but does she say it? No. Any excuse to tear her apart." While engineer and activist Erica Joy Baker wrote, "i don’t know who needs to hear this (i do) but meghan markle is a Black woman from the united states. it is a fools errand to try to prevent her from being political when her entire existence is political."

Meanwhile, others, including Finding Freedom: Harry and Meghan and the Making of a Modern Royal Family writer Omid Scobie noted a double standard between the scrutiny of the Duchess compared to attention paid to Prince Andrew’s alleged Jeffrey Epstein scandal. "Would love to occasionally see the tears and energy these morons spend on a non-working royal used on Prince Andrew’s horrendous mess," he tweeted. "Or is there nothing worse than a woman of colour with a voice?" Author Matt Haig also called out the media for having "more problem with Meghan Markle being a person with an opinion than with Prince Andrew being an accused sex offender," and writer James Felton encouraged "tabloid shills" to redirect their anger "towards the member of the royal family who appears to be an actual nonce."

For her part, Derry Girls actor Nicola Coughlan referenced another royal, suggesting those "fumin about Meghan Markle having political opinions" not "google ‘King Edward & Hitler.’ Staying Sane host and activist Natasha Devon also pointed out the "entirely disproportionate" criticism Meghan receives "for merely existing/expressing opinions," while American Gods actor Yetide Badaki simply added that her "love and admiration for all the good that Meghan Markle accomplishes in the face of adversity only continues to grow."

Because the Queen is politically neutral, Morgan explained that he believed Meghan’s comments to be a breach of royal protocol. After UK journalist Liz Jarvis pointed out that the Suits alum is American and also agreed not to use the Royal Highness title, he countered that the last time he checked, "she’s still calling herself the Duchess of Sussex." Responding to TV personality Josie Gibson, Morgan added: "She can do what she likes, she just can’t make politically partisan statements while remaining Duchess of Sussex. The royals are not allowed to do that. If Meghan & Harry truly want ‘freedom’ from royal duty & rules, they should stop trading off their royal titles."

Regardless of whatever backlash her political activism yields, however, Markle noted in her When All Women Vote virtual appearance that "if you’re complacent, you’re complicit." And when it comes to "[making] a difference in this election," complacency doesn’t seem to be in her vocabulary.

AT&T Stock Up Despite $1.6 Billion COVID-19 Impact at WarnerMedia
Entertainment