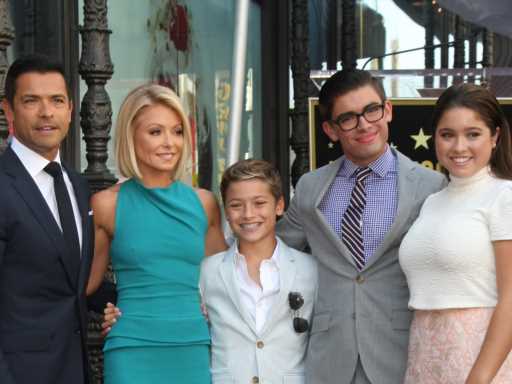 After roughly 25 years of marriage, it really seems like Kelly Ripa and Mark Consuelos are as happy as ever. The couple regularly posts some of the cheekiest photos on their respective Instagram pages, and consistently show support for one another during major career milestones. And now, as their three children become young adults, the pair are becoming major inspirations. The couple’s eldest, Michael Consuelos, even referred to his famous parents as “relationship goals,” and honestly, we can’t help but agree. 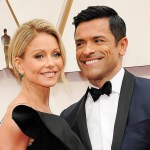 “One hundred percent they’re relationship goals,” the 24-year-old burgeoning actor shared with Entertainment Tonight, adding, “it’s weird because I’ve been with them the longest.” Indeed, Michael was born roughly one year after his parents eloped in May 1996. Ripa and Consuelos met on the set of the soap opera series All My Children and their onscreen chemistry immediately translated when the cameras stopped rolling.

“Not a year after they were married, about a year, then I came into the picture. So we kind of grew up together, at least that’s how I see it,” Michael explained. Now, roughly 25 years after the couple exchanged their vows, they have three children — in addition to Michael, there’s daughter Lola, 20, and son Joaquin, 18. And it seems like Ripa and Consuelos have really rubbed off on their kids.

“They’re great, not just in like a relationship sense, but they’re great role models,” Michael continued. “I try to conduct myself the way I think they would.” Apart from keeping their marriage, love, and admiration for one another as steady as ever, it’s amazing to know that Ripa and Consuelos are setting an example for their three children — not just in their careers but also in their personal lives. Fans have watched the couple’s love flourish for decades, and we cannot wait to see what the future holds for the Ripa-Consuelos clan.

Before you go, click here to see the longest celebrity marriages.