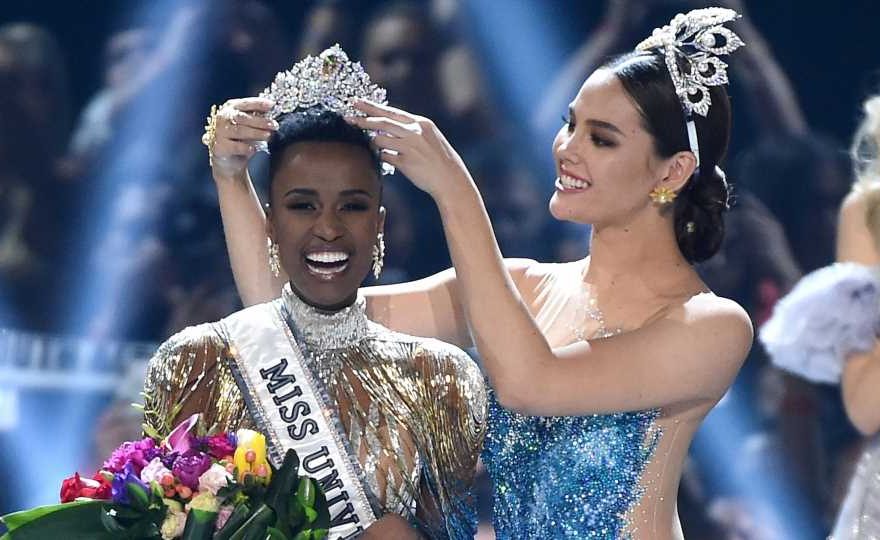 More than 90 women across the world competed in Sunday’s pageant, but only one walked away with the crown — Miss South Africa Zozibini Tunzi is Miss Universe 2019. The 26-year-old public relations professional and activist beat out nearly 100 other women for the title, with Miss Puerto Rico Madison Anderson and Miss Mexico Sofía Aragón coming in second and third, respectively. “I grew up in a world where a woman who looks like me, with my kind of skin and my kind of hair, was never considered to be beautiful,” the newly crowned Miss Universe said. “I think that it is time that that stops today.”

Throughout the pageant, Tunzi ran on a platform of female empowerment and the rejection of gender stereotypes (and, to a more serious degree, gender-based violence). Her response to the final question of the evening exemplified as much. When prompted to share what we should be teaching young girls today, she didn’t hesitate to indicate leadership.

“It’s something that has been lacking in young girls and women for a very long time — not because we don’t want to, but because of what society has labeled women to be,” she said. “I think we are the most powerful beings on the world, and that we should be given every opportunity. And that is what we should be teaching these young girls… to take up space.”

Tunzi, who is the first black woman to win the competition since Leila Lopes in 2011, also spoke about the importance of diversity.

“Society has been programmed for a very long time that never saw beauty in a way that was black girl magic, but now we are slowly moving to a time where women like myself can finally find a place in society, can finally know they’re beautiful,” Tunzi said.

The new Miss Universe also went on to underscore the impact of being part of the collective change in racial perspective. “I believe that whatever we put into the universe always comes back to us,” she said, “and I think that if we all work together and do all that we can, truly we can make a change.”