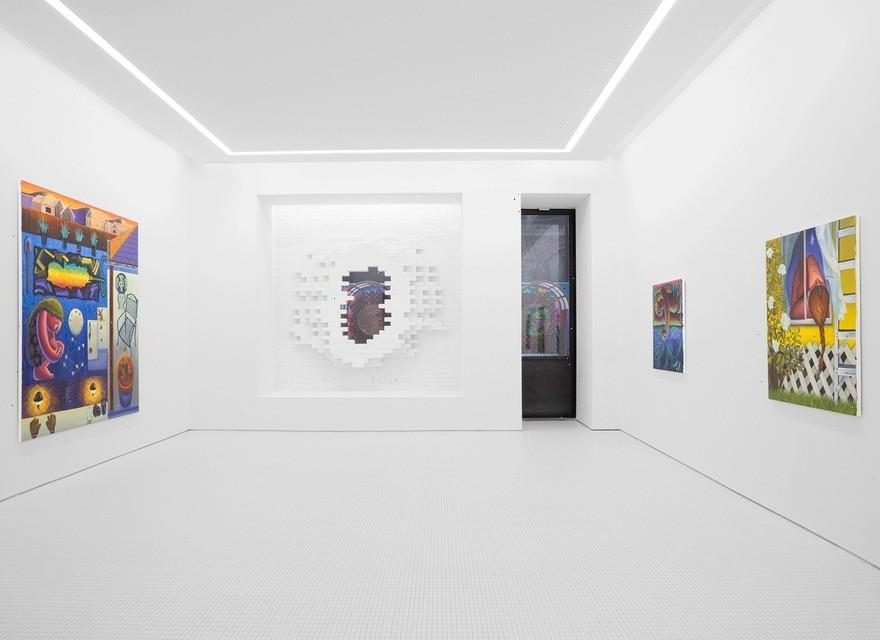 Detroit’s Library Street Collective is exhibiting a new body of work from Texas-based artist, Natalie Wadlington. Originally from Modesto, California, her paintings draw from memory and nostalgia and incorporate themes that include environmentalism to existentialism. As such, “Pooled” tells a fictional story of a town just outside the Bay Area whose inhabitants are increasingly at risk due to mass urbanization and suburban sprawl.

More than just a painter, Wadlington is a storyteller at heart. Her images seek to portray our troubled relationship with animals and nature itself — an age-old fight for control that has historically always shown in the latter’s favor. The artist specifically uses painting as her medium of choice to demonstrate the idea that we lack total control — a dilemma that has forced its way to international attention amidst the current climate crisis.

Her characters typically feature children and animals, emphasizing their symbolic innocence — but juxtaposes them along with images that hark to threatening crises, such as the incessant drought in California. Ultimately, “Pooled” is a body of work that reminds the viewer of the fragility of human life — one that can only persist by working with the everchanging landscape of the natural world.

The exhibition will be on view at Detroit’s Library Street Collective until September 18.

Elsewhere in art, Toronto’s Gardiner expressway has been transformed into a public art project.