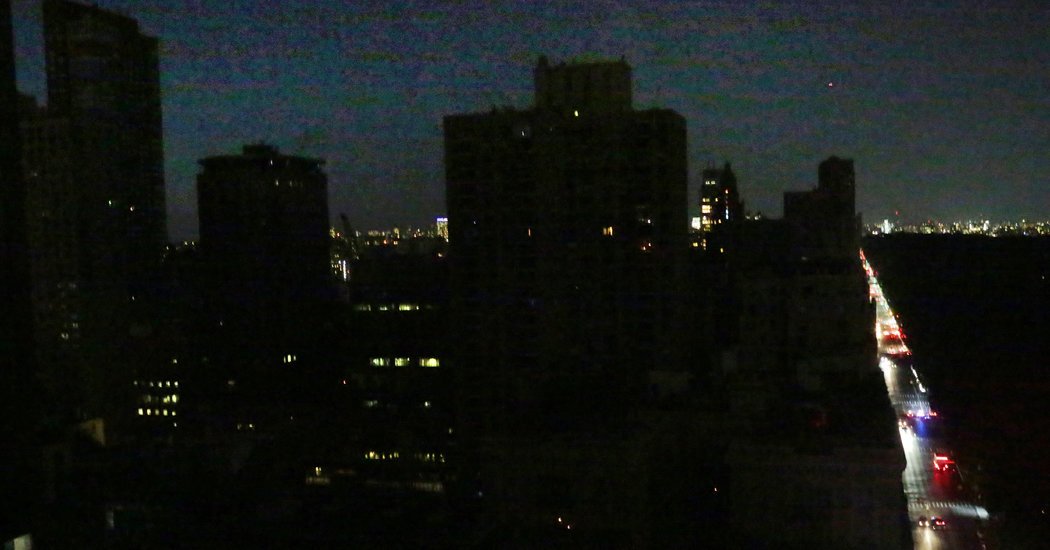 When the first emails and tweets surfaced about a power failure on the West Side of Manhattan, I thought it might be isolated to a small number of buildings.

But as it became clear that it was larger than that, I quickly marshaled editors and reporters from Metro, with the help of the Metro editor, Clifford Levy, and from the Express team, for which I am the weekend editor.

Having been through the blackouts of 1977 and 2003, I was hyper-aware of how these situations could cascade into something much more widespread. I was 12 years old and living in the Bronx during the 1977 blackout, and the looting and violence that followed are seared in my memory. During the 2003 blackout, working in an upstate New York newsroom, I wore a small battery-operated light strapped to my head to help me see.

In those early moments of Saturday night’s blackout, I was unsure about what was coming and braced for the worst. It’s no wonder my wife refers to me as “the master of disaster.”

Below are highlights of our real-time conversations on the messaging app Slack. They have been lightly edited to fix typos.

Adriana Balsamo-Gallina [6:55 PM] power outage along 5th avenue near 52nd street, storefronts are apparently dark along 5th some ppl are also talking about it on *the twitter*

Clifford Levy [6:59 PM] My mother at Lincoln Towers at 69th and West End has no power also

Christopher Mele [6:59 PM] News is what happens on the block where the editor (or his mother) lives — old newsroom adage
Dispatching Neil to the neighborhood for some boots on the ground.
Mihir is reporting from here.
Photo is aware and dispatching someone
Call FDNY

Clifford Levy [7:22 PM] Please let me know if there is anything that I can do to help

Christopher Mele [7:24 PM] Yes, this is not looking great. Seems might be spreading.

Clifford Levy [7:25 PM] Got it @christopher.mele Btw: Does 620 8th Ave have backup generators? Do we need to call someone about this?

Christopher Mele [7:25 PM] THAT is a good question. Lights here brightened and dimmed a couple of times

Mihir Zaveri [7:37 PM] I’ve been trying to reach ConEd but haven’t heard back yet.

Liam Stack [7:40 PM] I’m in Hell’s Kitchen if you guys need anything

Liam Stack [7:43 PM] There have been fire trucks screaming down 9th Ave this whole time

Christopher Mele [7:43 PM] @Cliff We could use an extra hand here of Metro reporters. Fear this is spreading.

Christopher Mele [7:45 PM] Get me color out of TS first pls @liamstack I need to know if the lights went out on Bwy

Whitney Hurst [7:49 PM] Hi from video – one of our videographers is in Times Square grabbing some footage (with a phone). Will add to the story ASAP

Sarah Eckinger [8:02 PM] There’s an entire theaters worth of people outside of Pretty Woman on 41st. Speaking of which, is anyone around to help me get back into the building? Ran out to photograph Times Square and now I can’t get back in because the elevators aren’t running

Ali Watkins [8:16 PM] North of 43rd Street, streets are completely dark. Police officers are going up 9th Avenue checking on businesses and bars, where some patrons drank by iPhone flashlight.

James Barron is going to take over the write-thru

Photo just landed and we are updating

Mihir and Mariel continue to report from here

Liam in TS and Neil is on UWS

Christopher Mele [8:43 PM] Sheer poetry, @liamstack Bless you. Will add to the feed

Emma Fitzsimmons [8:51 PM] I’ll reach out to MTA and fwd statement if you don’t already have it. My friend is at a wedding at the plaza and the power went out during the ceremony and they said the vows in the dark

Christopher Mele [9:20 PM] @neil.vigdor is at 30 percent on his phone and is making his way from Columbus to the presser but we really need fresh hands there with full juice…anyone?

Nicholas Bogel-Burroughs [9:22 PM] I’m right by the NYT office and free to do anything people need. I have two portable batteries w me

Michael Gold [9:25 PM] They’re evacuating the Garden. We lost power three songs into J Lo’s set. My service and battery are not great

Mihir Zaveri [9:31 PM] @Cliff, just got off the phone with Con Edison. No update on cause/estimate for getting power back but do have updated numbers.

Derek Norman [10:06 PM] Just heard nice color from a caller on NY1 that maybe a reporter could match… people going into stores or bodegas that didn’t have cash on hand (and card readers down), taking names of customers and going on the merit system

Clifford Levy [10:33 PM] The lights are on at my parents’ apartment at 69th and West End

Steve Kenny [10:48 PM] The New York Times was not affected by the blackout, but building security activated a backup generator just in case. 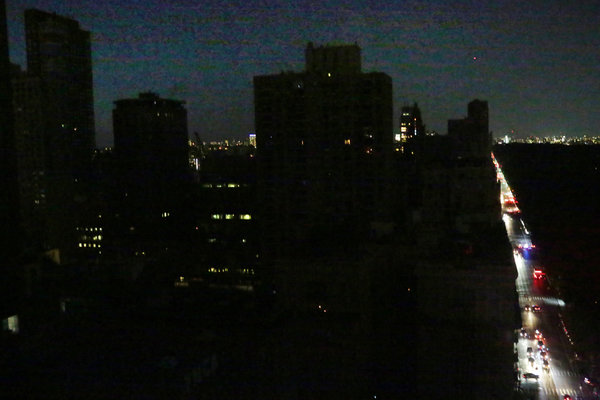 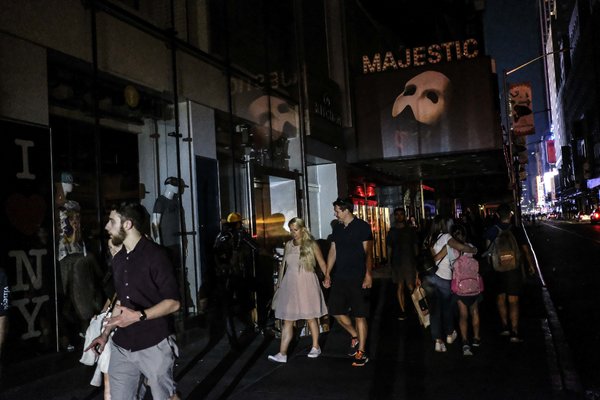 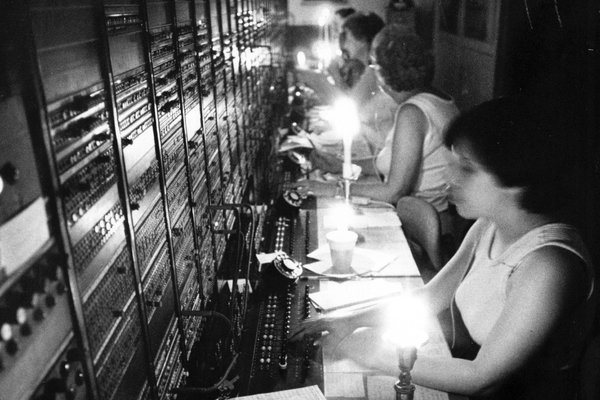 Follow the @ReaderCenter on Twitter for more coverage highlighting your perspectives and experiences and for insight into how we work.

Christopher Mele, a Bronx native, is a senior staff editor. He joined The Times in 2014 on the Metro copy desk. For nearly 30 years before that, he worked as a reporter and editor at newspapers in the Adirondacks and Hudson Valley of New York and the Poconos in Pennsylvania. @MeleChristopher