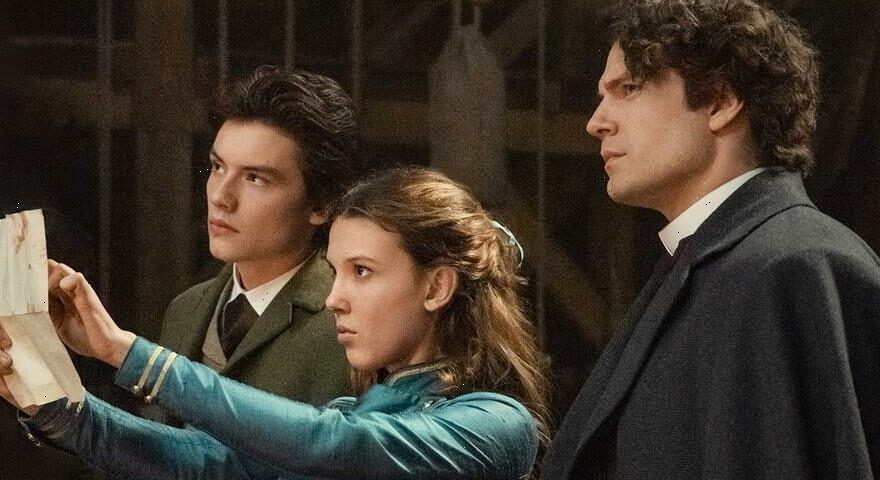 Netflix has now shared the first look at its upcoming sequel to Enola Holmes. The new stills were published over at Entertainment Weekly and offer fans of the original film a glimpse at what the follow-up would look like, with three images showcasing the returning Millie Bobby Brown, Henry Cavill and Louis Partridge as well as Sharon Duncan-Brewster’s new character. Helena Bonham Carter has also been confirmed to reprise her role as Eudoria Holmes with Adeel Akhtar and Susan Wokomo also coming back for the sequel.

Netflix has kept other details largely under wraps for now, but Brown has teased that Enola Holmes will find herself in London this time round, exploring the busy city whilst becoming a detective herself. “We set the film in the hustle and bustle of London, which is something that we didn’t really get to see as much in the first one,” she said. “We got to really see what this young girl is doing in this crazy city that surrounds her night and day, and we get to explore these places in great detail.”

Returning director Harry Bradbeer also explained that Enola Holmes 2 will take on a darker and more serious tone than its predecessor. “I wanted this story to be a grittier one,” he added. “I wanted to introduce her to working-class girls in a working-class world. I wanted it to be a completely new world for Enola, so she was more out of her depth.”

Enola Holmes 2 will arrive on Netflix on November 4.

In other related news, the streaming giant is rebooting the reality TV series The Mole.
Source: Read Full Article