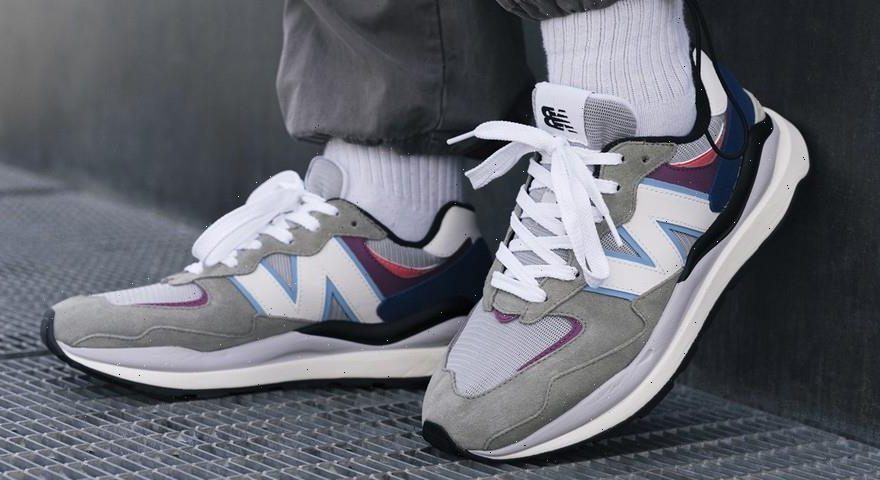 New Balance‘s 57/40 is an incubator of the old and new alike: it’s based on the classic 574, but also boasts modern details like double-stacked midsoles and vivid colorblocking. Therefore, the fact that it’s set to release in a two-shoe “Incubation Pack” seems only fitting.

The first of the two 57/40s included in the “Incubation Pack” is based on New Balance’s classic gray shade. Mudguards and eyestays alike take on a familiar gray suede, while a silver-gray mesh is used on toeboxes, tongues and quarters. The rest of the shoe is colorful but not jarring, thanks to the inclusion of purple, navy blue and coral hits. A large white midfoot N logo with sky blue trim and two-piece gray/white midsoles provide a finishing pop of detail.

Following up this pair is a more colorful iteration that’s also divergent in its construction. A sporty blue is the most prominent shade on the forefoot and midfoot, where it surrounds a teal toebox and borders a white midfoot logo trimmed in silver. Hits of navy and blaze orange make their presence felt as well. Down below, white and gray midsoles work with traditional gum outsoles to finalize the look.

Expect the New Balance 57/40 “Incubation Pack” to release at retailers like 43einhalb come August 7. The MSRP is set at $110 USD.

Need more New Balance news? Be sure to have a look at the Joe Freshgoods x New Balance 990v3 “Outside Clothes.”
Source: Read Full Article