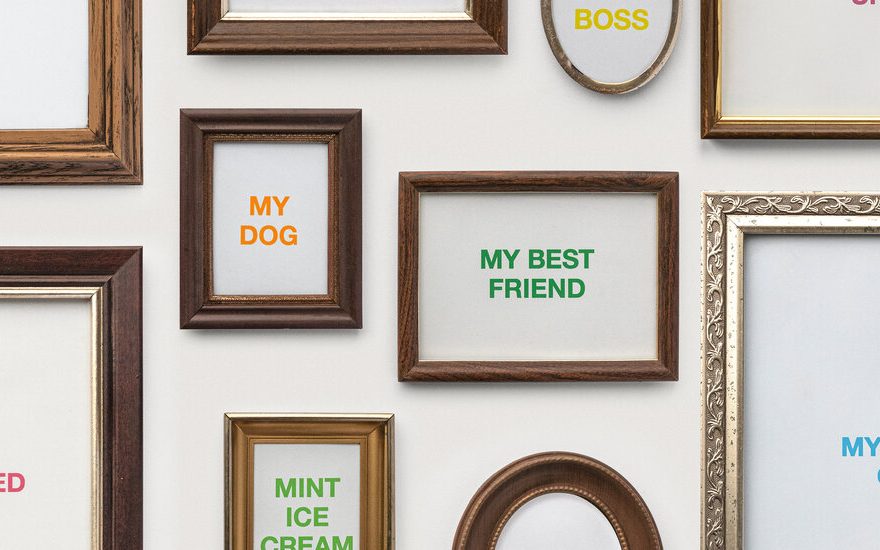 The website for an airline wanted to know what musical instrument I played: none, though once upon a time I played the piano, badly. It also wanted to know my favorite flavor of ice cream: cookie dough, probably, though it’s something of a tie with peanut butter cup. Finally, the website asked, “Who is your favorite artist?” It offered me a drop-down menu featuring comically disparate options — among them Banksy, Norman Rockwell, Gustav Klimt, Richard Serra and Shepard Fairey.

I have been asked all kinds of questions by the interfaces of major corporations for the purposes of “security.” Some security questions seem simple, almost cliché: “What is your mother’s maiden name?” (My mother kept hers, and then divorced.) “What color was your childhood house?” (Yellow, though first it was blue and then it was painted and then it was sold.) “Who was your childhood best friend?” (Annika — easy.) Others are more difficult, for their reliance on preferences, which they take to be fixed: favorite movie, favorite song, favorite color, even favorite activity. Sometimes they cut straight to the heart, as when I was given the option to select the security question “What is the love of your life?” (There was some odd poetry here — not “who,” but “what.”) I was trying to open a bank account when I found myself wondering, incongruously: What do I really love, above all else?

Online security questions have the feel of the icebreakers we might have played in middle school, or maybe second-date questions; they require us to self-define using arbitrary markers. They’re like treehouse secret passwords, in a game played with yourself. I have come to love them over the years, these sudden, strange, personal inquiries that guard our entrance into some of the internet’s most impersonal zones.

The assumption was that your mother’s maiden name would have faded so far into the past that almost no one else could possibly have known it.

Security questions were invented to solve a problem at once existential and practical: How can you prove that you are you? According to research done by Bonnie Ruberg, a professor at the University of California, Irvine, security questions came into being around 1850. The Emigrant Industrial Savings Bank was founded for Irish immigrants in New York, many of whom encountered discrimination at other banks. In the mid-19th century, banks often used signatures to authenticate people’s identities, but many of the Emigrant Industrial Savings Bank’s clients could not read or write. So it created a “test book” that contained a wealth of personal information. When clients came in, clerks asked them about their personal history and relations to verify their identities. Sometimes they even asked the quintessential question, “What is your mother’s maiden name?” (The assumption was that your mother’s maiden name would have faded so far into the past that almost no one else could possibly have known it.) This practice caught on and expanded to other banks over the course of the next 50 years — they came to be called “challenge questions,” or “question-and-answer passwords,” or, my favorite, “shared secrets.”

Let Us Help You Protect Your Digital Life