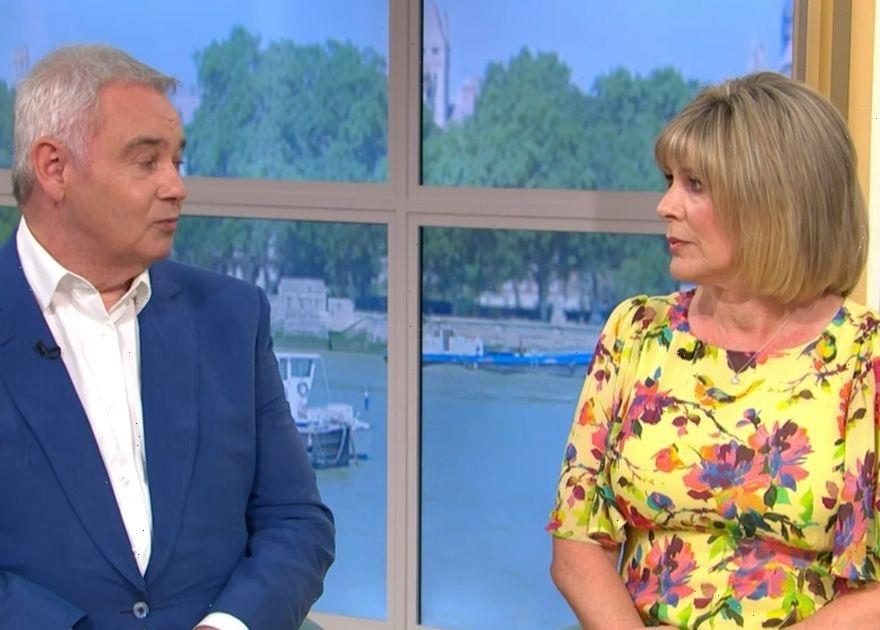 This Morning fans had a pleasant surprise on Monday when they switched on the show to find old favourites Eamonn Holmes and Ruth Langsford were presenting.

Of course, they kicked things off talking about the football after last night' defeat, with Eamonn commiserating with English wife Ruth.

"It wasn't the way we wanted to start the summer, we thought it would be more joyous than that, if you're English like my poor wife" he said, reaching over to hold Ruth's hand.

"I think so many of us have been really engaged. I absolutely thought it was going to be 2-1."

Fans couldn't be more excited at the return of the duo.

"So good to see Eamonn and Ruth back on This Morning!" raved one.

"It's the moment we've all been waiting for!" said one viewer excitedly.

"Let the summer of love begin!" added another.

Another viewer was praising them: "I'm beside myself here – it's only Ruth and Eamonn! It's been a long time coming, This Morning is watchable."

"So pleased to have Eamonn and Ruth back that I'm willing to forgive the football talk. Hopefully tomorrow we can get back to Covid, Meghan and Harry" joke another.

"Oh Ruth and Eamonn, I've missed your bickering it's so good to have you back" added one fan.

It was previously revealed that Eamonn and Ruth will be presenting the show for the summer instead of Alison Hammond and Dermot O'Leary.

The married couple are hugely popular on Celebrity Gogglebox and appearing on Loose Women, and were replaced by Alison and Dermot on Fridays as of January.

Fans were massively unhappy about the change at the time, so are thrilled to have their favourites back.