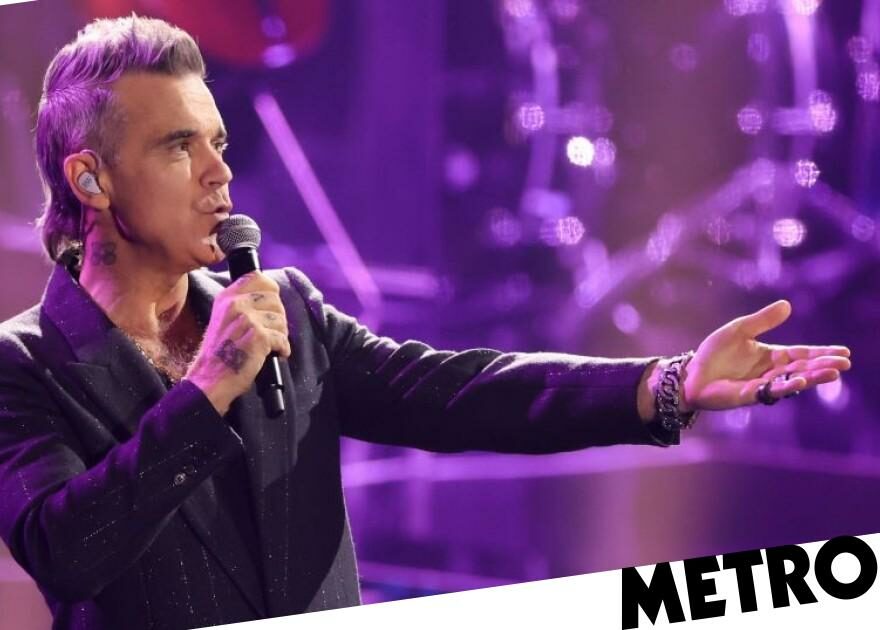 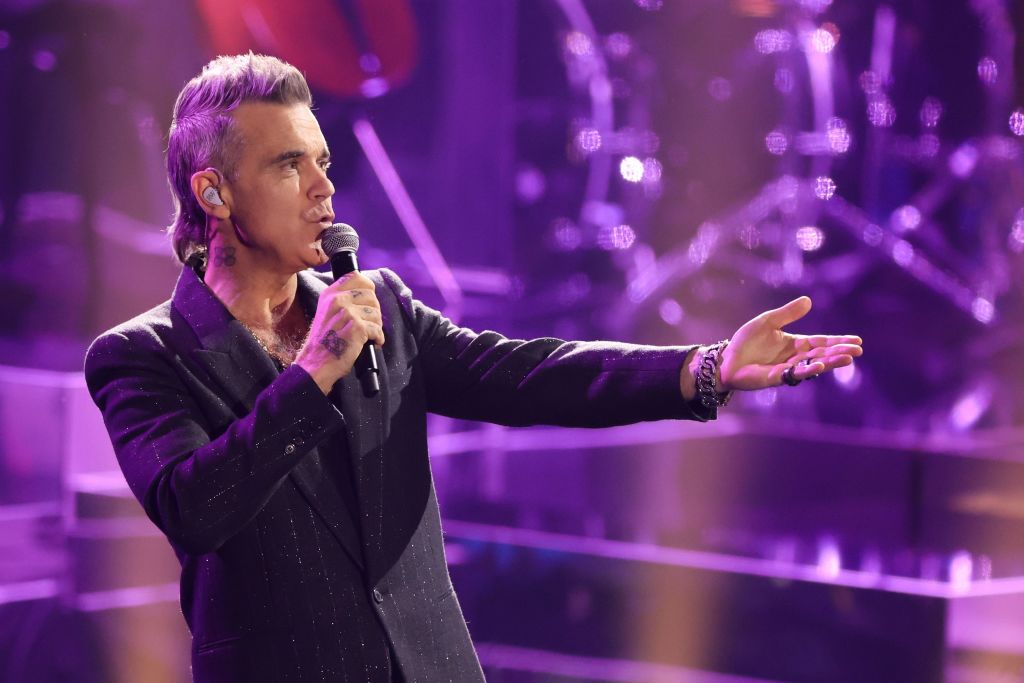 Robbie Williams has spoken about his oldest daughter Teddy again, revealing that she is a born performer and ‘mini-me’, which makes him sad that he chose to keep her childhood private.

The Let Me Entertain You singer is a dad of four with wife Ayda Field, who he married in 2010.

However, he has revealed that is his eldest, 10-year-old Theodora, known as Teddy, that really engages with both music and his career, and that he ‘glories’ in it when she can come on tour with him.

He also praised the youngster as being streets ahead of him at her age but admitted he understood that it was ‘best for’ his kids if they could enjoy growing up without being recognised themselves.

‘Ted’s a performer, way ahead of where I was at the same age as her, just unbelievable,’ he gushed in a new interview, published on Wednesday.

‘Her personality – and I know there’s the proud dad aspect of everything but, trust me, I know when my children are good at things and not good at other things. She, in particular, is a mini-me when it comes to performance.’

Millennium chart-topper Robbie admitted he was ‘gutted’ that they opted to ‘hide her’ as he wanted his ‘moments with her on stage and that’s a constant battle’.

He added to fan podcast the Robbie Williams Rewind: ‘That may change, we may decide to take a view and say, “Listen, let’s just do this,” but up until they’re 16 in our country and the UK they’re not allowed to put their faces in the papers and I know it’s best for them to not become famous too young.’

Ayda and Robbie – who also revealed his fears over getting cancelled ahead of the release of his biopic and Netflix docuseries this year – also share son Charlton (Charlie), eight, daughter Colette (Coco), four, and two-year-old boy Beau.

The 48-year-old previously opened up about Teddy as he said that she had dyslexia, just like him.

Robbie told how his daughter had been ‘devastated’ and ‘completely desperate’ after one of her pals decided ‘overnight’ that she ‘didn’t want anything to do with her anymore’ following her diagnosis.

‘I tried to make it clear to her that sometimes you just have to let other people go, that you should let them go – but without sacrificing your own self-esteem in the process.’

‘This girl did not serve her love and friendship. Again, as I said, I speak from experience,’ he added to Galore magazine.

The star previously explained in 2020 that he was ‘numerically dyslexic’ as he finds it hard to add and subtract numbers together and struggles to remember key dates such as family birthdays.