Why DO jeans have little buttons on the pockets? Here’s the answer to the question that’s been plaguing fashion fans for years

It’s been the question plaguing fashion lovers for years – just what are those small, metal studs on the edges of our jean pockets, which seemingly serve no purpose?

And the real answer is much more intricate than expected.

In a post on its site, the brand explained that the buttons – known as ‘rivets’ – were a revolutionary addition that helped keep the trousers together. 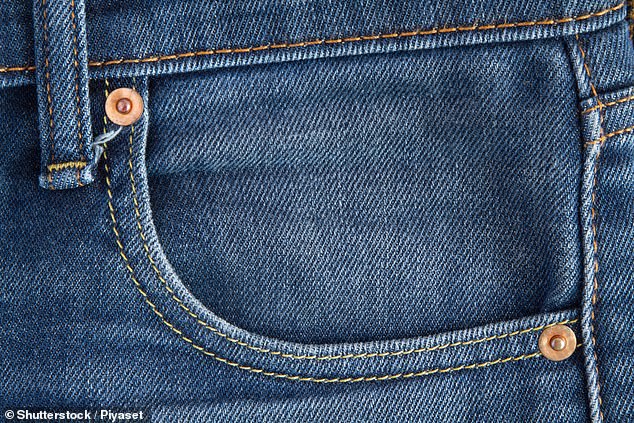 On May 20, 1873, Levi Strauss – a dry goods merchant born in Bavaria, who’d made his way to San Francisco- and tailor Jacob Davis received a patent for the design.

The idea initially came to Jacob when the wife of a labourer asked him to make a pair of trousers which wouldn’t fall apart.

Rivets, he reasoned, would help keep the clothing together ‘at points of strain, like pocket corners and the base of the button fly’, the jean makers said.

Jacob reached out to Levi – a trusted and successful businessman from whom he bought the fabric to make the trousers in question – hoping for a project partner he could trust. 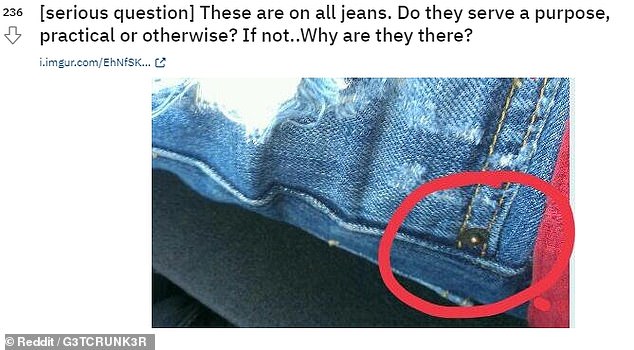 A viral Reddit post from nine years ago, which questioned the metal studs’ purpose, continues to make rounds online

And 150 years later – the iconic design is still a hit, with jeans serving as a fashion staple.

Despite rivets being around for more than a century, it would seem their existence still baffles people.

A viral Reddit post from nine years ago, which questioned the metal studs’ purpose, continues to make rounds online.

Snapping a photo of the fastenings, the curious ponderer wrote: ‘These are on all jeans. Do they serve a purpose, practical or otherwise? If not…Why are they there?’

While most answers proved informative, many rushed to the comments to voice their qualms with the design.

One pro simply explained: ‘Observe the location of the rivet on the garment. It is positioned near where the pocket starts so that it may serve as a structural reinforcement component in order to prevent the pocket from being torn off of the garment.’

However, not everyone was as keen to inform.

‘They serve many functions,’ one began. ‘They are there to prevent seams and corners from ripping, also to scratch the s**t out of cars and furniture and finally to rip fingernails right off your hand. The original multi-tool.’

‘Also to punish you for taking your laundry out of the dryer too soon,’ another added.

A third person then helpfully penned: ‘And to scratch the hell out of cellphone screens when putting them back in your pocket without looking.’

What do YOU think 550 divided by two is? Equation goes viral as social media users are left baffled by the real answer

New mother shares photo of her real body with ‘rolls, loose skin and sagging tummy’ to show how a clever pose made it look like she’d already lost her baby weight