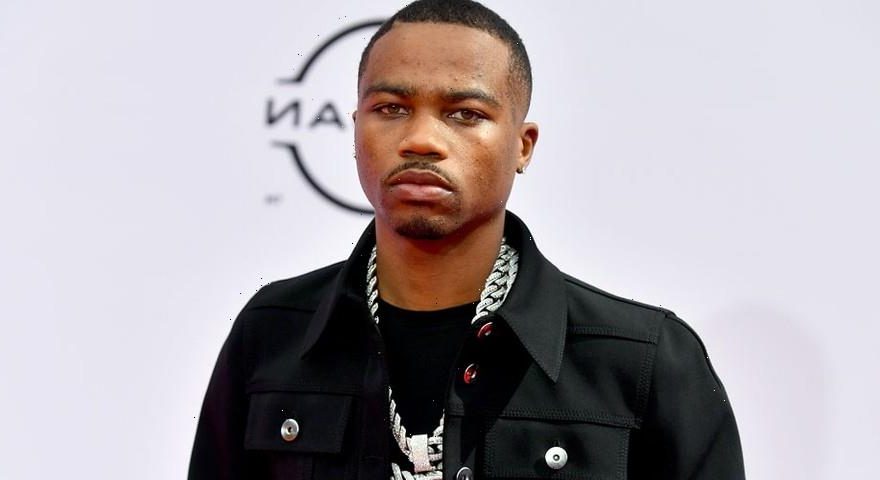 Roddy Ricch recently sat down with Apple Music 1’s Zane Lowe for a conversation surrounding his much anticipated sophomore album LIVE LIFE FAST. Though the focus was on the release of his mixtape, Roddy Ricch divulged details about his relationship with Kanye West. While wearing a Louis Vuitton outfit for the interview, Ricch also talked about Virgil Abloh‘s influence.

When discussing his relationship with Kanye West, he shared what he has learned from the multi-Grammy-winning artist. Ricch details that he did not build a deeper relationship with Ye later. He admitted that their initial conversation was quite difficult to follow, “I ain’t know what he was talking about. But then six months later, four or five months later, I really just sat back and thought about the exchange. Then I’m like, damn, that’s what he was saying. And it just dawned on me so ever since that moment, I just get outside myself and just listen because he really be having some shit to say.”

Ricch said that it was not until he realized that Ye’s “mentality was actually real simple,” that he finally understood his way of thinking. He added, “We’re taught to think a certain way, whether it just be with…I don’t know, the way we dress or the way we communicate, the way we…Just different things that we do as humans. I feel like he look at things different like if he wanted to design a sneaker, it would be a tongue-less sneaker. Or he just a real innovative thinker with everything. I feel like it’s not a specific area in which he implies that shit. It’s like he does that with everything. It’s the way he lives.” With this, Roddy Ricch claims that the key lesson he has learned from Kanye is to just think differently than others around you.

Ricch spoke highly about creative legend Virgil Abloh, calling him a “real innovator.” He shared, ” Virgil was definitely one of them n*ggas where he was just an innovator with the fashion. Like, you know what I mean? Like it was just cool to see a n*gga really just stepping in between every line they say he couldn’t, and really dominating in all them fields.”

Check out the full interview above.