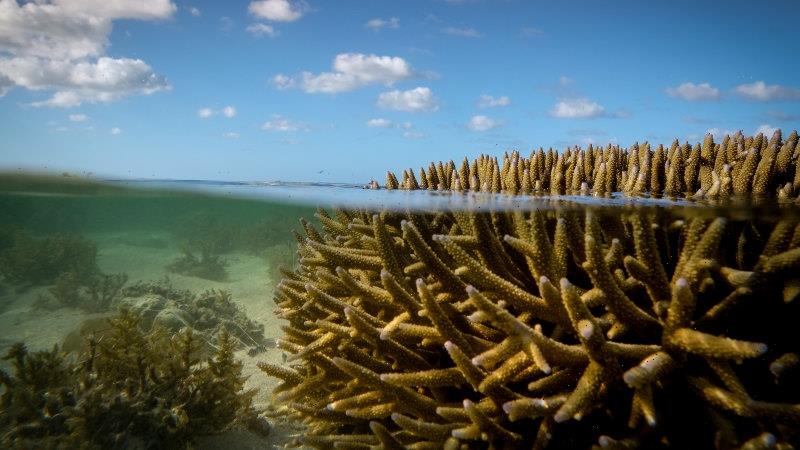 An updated plan to protect the Great Barrier Reef drafted by the Queensland and Commonwealth governments responding to a recommendation by UNESCO that the world-famous location be placed on an “in danger” list recognises that climate change is its greatest.

But the updated Reef 2050 Plan is undermined by both governments 2030 emissions reductions targets, critics say. Next year a UNESCO team is expected to inspect the reef before voting on its future status. The Australian government has been lobbying for it to be kept off the endangered list. 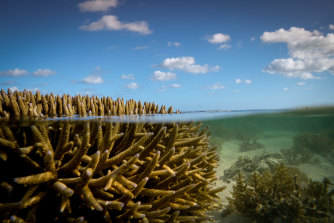 A UN body has recommended adding the Great Barrier Reef to its “in danger list”.Credit:Eddie Jim

The plan recognises global warming is the most significant threat to the reef, but also includes both governments 2030 emissions targets of 26-28 per cent and 30 per cent. If adopted globally, these targets would not put the world on track to arresting climate change before the reef was largely killed.

“Expert scientific advice is that at 2 degrees we have 95 to 99 per cent loss of coral cover. Even at 1.5 degrees we see a catastrophic loss of around 70 per cent.”

He said while it was clear Australia could not alone arrest global warming even if it met targets in line with 1.5 degrees, it cannot lobby the rest of the world to help it protect the reef while its own targets did not measure up.

A spokesman for federal Environment Minister Sussan Ley said the updated plan was the result of significant work and scientific advice. She said its release had been supported by the Reef 2050 independent expert panel chaired by former Australian chief scientist Ian Chubb, and has an increased focus on climate change as the biggest threat to the reef.

The updated plan includes commitments to limit the impacts of climate change on the reef, with three new goals relating to climate mitigation and adaptation, he said.

The plan is part of both governments’ response to the recommendation by UNESCO earlier this year that the reef be listed as endangered. Australia lobbied against that decision, but it will be revisited next year after a UNESCO team visits the reef.

Professor Terry Hughes, a global expert on coral reefs and bleaching and a member of the expert committee that helped draft the report, said the reef is considered at risk not only due to heating but due to the impacts of industrialisation along the Queensland coast and damage caused by poor water quality.

Report cards on water quality have been produced late and suggest Australia is not on track to meet improvement targets, he said.

As the world considers the level of threat to the reef, scientists are becoming increasingly concerned about the prospect of another bleaching event by January, even though the region is experiencing a typically cooler La Nina weather pattern.

Professor Hughes said a Bureau of Meteorology update on Wednesday morning suggested bleaching could occur by the end of January or in February.

“And obviously, we’re still in the early stages of summer, so NOAA [the US National Oceanic and Atmospheric Administration] and the Bureau of Meteorology are now predicting a strong chance of bleaching in January or February,” Professor Hughes said.

“If that happens, it would be unusually early sea temperatures normally peak at the beginning of March.”

But Professor Hughes said predictions made early in the season were not locked in. A heatwave could cause a bleaching and a cyclone could still cool temperatures enough to prevent one.

He said the potential for a bleaching event during an El Nino cycle was scary, but no longer surprising.

“So we don’t need an El Nino anymore to trigger mass bleaching because the temperature keeps going up and up through cycles,” Professor Hughes said.