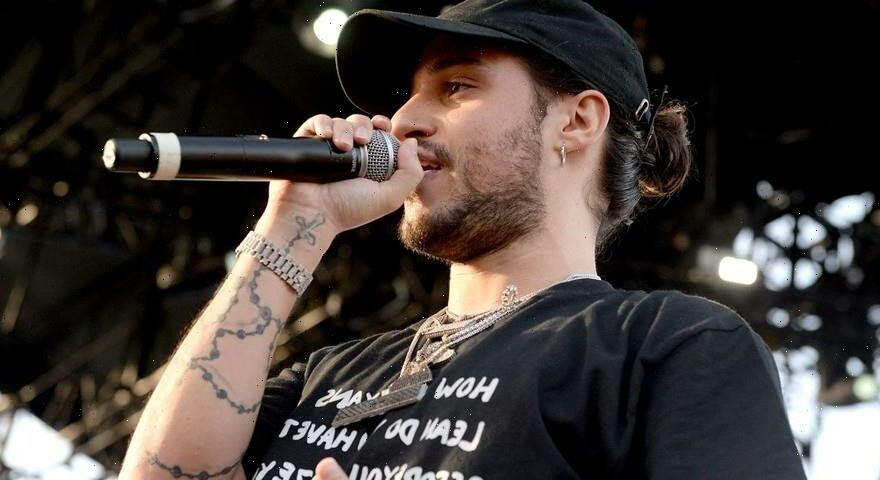 Ahead of heading to South America to continue his worldwide tour, which has already seen the rapper hit India, Korea, Malaysia and more, Russ has surprised fans with a new single. Produced by Will Haynes and Juan Ra, “Inside” is a lo-fi anthem for staying inside and working on your craft.

Over a punchy, trap-like beat, Russ raps about “staying inside, not going out” despite what people want people to do. After canceling an earlier European leg of his tour to take care of his mental health — an experience he reflected on across a few recent songs — it seems Russ is taking his own advice to heart and choosing to protect his peace.

“Inside” was only released on SoundCloud, as well as teased on the rapper’s Instagram, and hasn’t officially premiered on streaming services.

In the caption, Russ shared that he “just feel like sharin random songs I’ve been makin,” and noted that the impromptu single is separate from the two tracks he’s slated to drop on December 9 and December 16.

Listen to Russ’ new song “Inside.”

In other music news, The Weeknd has unveiled the second leg of his After Hours Til Dawn Tour.
Source: Read Full Article