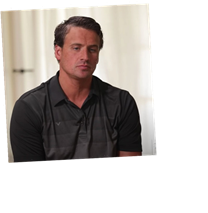 Ryan Lochte shared his emotional family struggles during a difficult interview on “In Depth With Graham Bensinger.”

The Olympic swimmer spoke about his parents’ 2011 divorce, which caused “a lot of separation through the family.” While Lochte says he and his siblings were originally on the side of his mom, Ileana Lochte, that dynamic later shifted.

“We were all on my mom’s side,” the four-time Olympian said, struggling to get through the topic as he said he’d never broached it publicly before.

“But then later on in life ― when I told her that she was going to be a grandma, and I’m having a kid ― um, she said some very, very hurtful things that kinda ended our relationship, me and her,” he added.

When Bensinger pressed Lochte as to what his mom said, he remained vague.

“She just said some things to me and my wife. I mean, I can get over it, but I just want an apology from her. And she said that she’ll never apologize. She has nothing to say sorry for,” he explained, adding that the two haven’t spoken in years.

The 12-time Olympic medalist said his mom is “stubborn as hell” and likely won’t apologize. But after a few hard conversations with his dad, the two are closer than they’ve ever been, the swimmer said.

“It was hard for him to tell us the truth, just because he cared so much about us,” Lochte said, adding that his dad, Steve Lochte, was afraid the kids would never speak to him again if they were told the real reason his parents divorced. 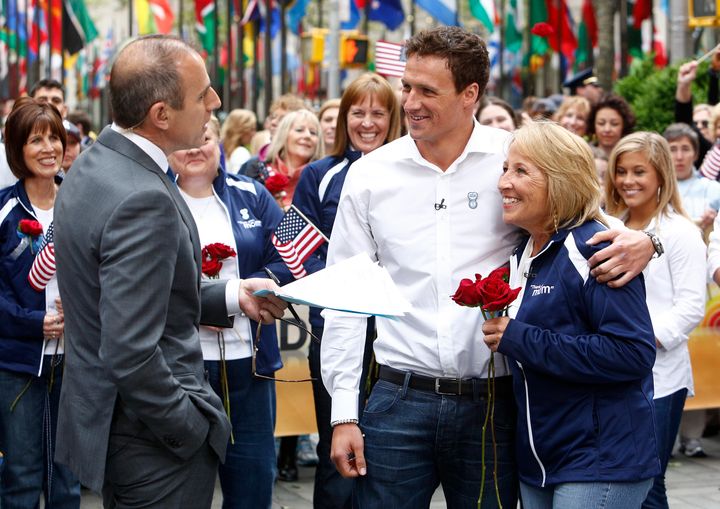 “When I found out the truth from him, I mean, I almost got up and punched him just because I was pissed ― I was angry,” the swimmer told Bensinger, though the two have since settled things.

“He’s so happy right now and Natalie my stepmom ― well I don’t even call her my stepmom anymore I call her mom because she is my mom … she’s the best thing that’s ever happened,” Lochte added.

Steve and Ryan previously had a very tightknit relationship, as the swimmer’s dad was also his coach throughout his childhood and continued to provide help during Lochte’s career at the University of Florida and beyond.

Lochte is now a father too. He and his wife, Kayla Rae Reid, have two children: Caiden Zane and Liv Rae.