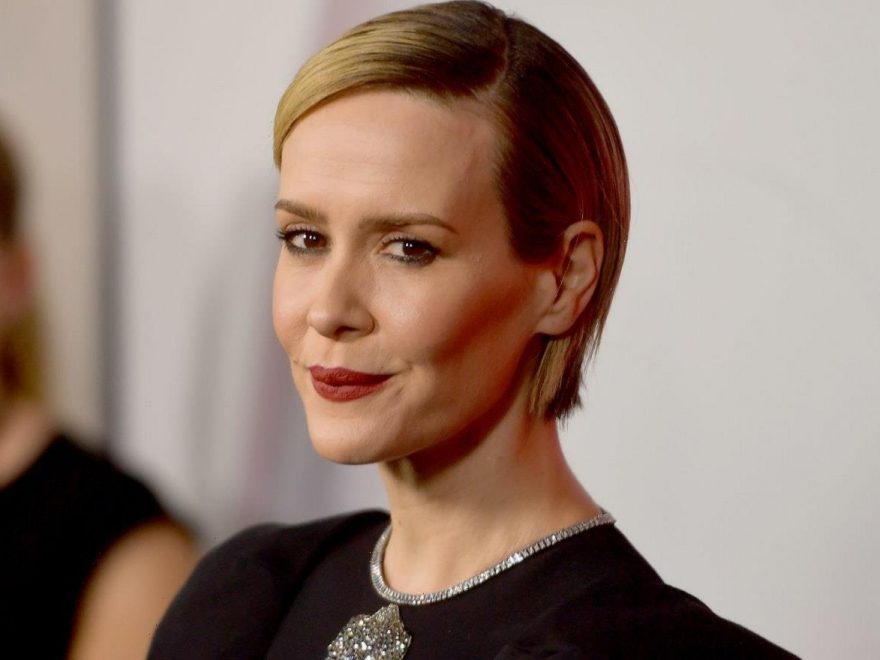 Sarah Paulson takes on one of the 90s’ most infamous figures in Impeachment: American Crime Story – aka Ryan Murphy’s latest must-watch series.

One of Hollywood’s most versatile and accomplished actors, Sarah Paulson has collaborated with Ryan Murphy on a slew of projects, including Ratched, The People v. O.J. Simpson, Feud, and every season of American Horror Story.

In fact, Murphy has said that he lets Paulson in on pretty much anything that runs across his mind.

“I don’t even tell my husband. Ever. He’ll read it in the trades, and he’ll be like, ‘What the fuck is this?’ That has been a bone of contention in our house. But it’s a very precious thing, and I don’t give away my creative vulnerability.”

Is it any wonder, then, that Paulson is geared up to dazzle us once again in Impeachment, aka Murphy’s much-anticipated new instalment of American Crime Story?

Based on Jeffrey Toobin’s book A Vast Conspiracy: The Real Story Of The Sex Scandal That Nearly Brought Down A President, the series will tackle the saga of Bill Clinton’s affair with White House intern Monica Lewinsky.

And now a new teaser for the TV series sees Beanie Feldstein’s Lewinsky coming face to face with Paulson’s Linda Tripp – aka the White House and Pentagon employee whose secret audiotapes of former friend Lewinsky led to Clinton’s impeachment.

This teaser leans into that interrogatory element of Lewinsky and Tripp’s relationship, with Feldstein whispering: “The president kissed me.”

“Tell me everything,” replies Paulson immediately.

Feldstein’s naive intern goes on to claim that she’s deeply in love with the POTUS, but it soon becomes apparent that this isn’t the level of detail that Paulson’s civil servant is looking for.

“When was the last time you two were together?” she asks the younger woman in brisk, clipped tones, before adding ominously: “The blue dress… it would be smart to keep that, uncleaned, in your possession.”

“I promised him that I would not tell anyone,” Feldstein reminds her.

Paulson, however, replies coolly: “He chose to start a relationship with an intern. He’s going to have to resign.”

As the screen fades from red to black, Feldstein can be heard lamenting: “My life is over.”

Watch the teaser for Impeachment: American Crime Story below.

Speaking about her role as Tripp with Du Jour, Paulson says: “What was interesting to me is this story is really about these three women, Paula Jones, Monica Lewinsky and Linda Tripp.

“There is one predominant thing that we forget: that these are human beings and multidimensional people. This series gives you an opportunity to understand some of the behaviour.”

The character-driven actor adds: “I have more in common with Linda than I care to admit. My impatience, my desire for everything to be just so. I can tap into that with Linda.

“I felt a connection with her.”

Impeachment: American Crime Story is set to debut on FX in the US on 7 September. Annoyingly, though, a UK release date for the series has yet to be confirmed.

We will bring you more details as and when they become available.