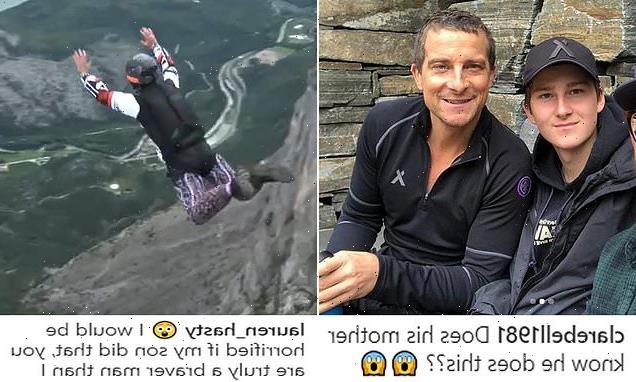 ‘I would be horrified if my child did that!’ Bear Grylls shocks Instagram followers after sharing video of his 18-year-old son base jumping from a cliff

Bear Grylls has shocked his Instagram followers after sharing a video of his 18-year-old son base jumping from an enormous cliff in Italy.

The TV survival expert, 47, from London, posted a clip of his eldest son’s adventures on his Instagram page earlier this week, which showed the teenager throwing himself from an enormous cliff and into the air.

The adventurer, who has three children with his wife Shara Cannings Knight, Jesse, 18, Marmaduke, 15 and Huckleberry, 12, said he ‘couldn’t stop’ his eldest son ‘jumping off stuff.’

But many of his fans were left stunned by the clip, with one writing: ‘I would be horrified if my son did that, you are truly a braver man than I.’ 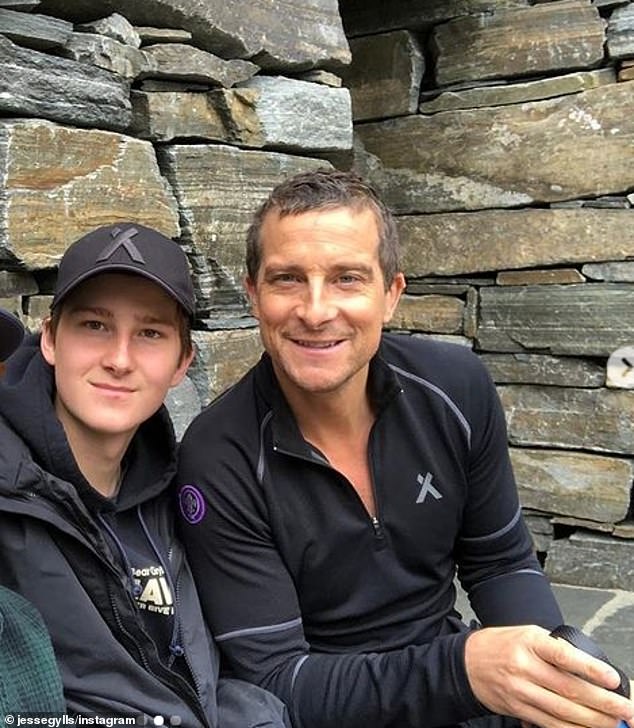 BASE jumping is a dangerous recreational sport that involves parachuting from a stationary point. ‘BASE’ is an acronym that stands for categories one can jump: building, antenna, span, and earth.

Sharing the post online, Bear wrote:  ‘Jesse is now 18 and his own man, ready for life…

‘He is kind, humble, hard working, original and I can’t stop him jumping off stuff.’

He continued: ‘This is his first big wall BASE jump in the Dolomites. Under canopy by 10 seconds or it’s toast. 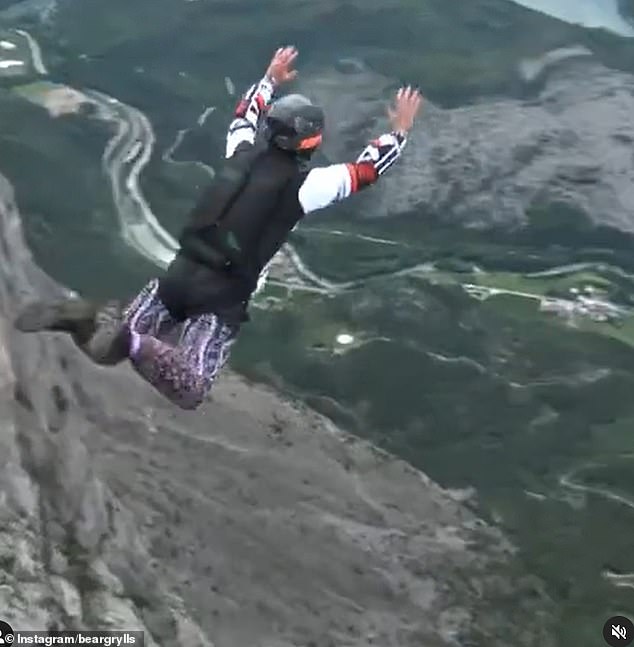 In the clip, the teenager can be seen taking a deep breathe before launching himself off the cliff and into the air

‘Stay smart Jesse. As we say: “pull high don’t die.” You’re the best. We miss you here on the island.’

In the clip, the teenager can be seen taking a deep breathe before launching himself off the cliff and into the air.

Many of Bear’s followers were left stunned by the clip, with one writing: ‘Does his mother know he does this??’

Another said: ‘As a mom of two myself…and obviously speaking from a Mom’s point of view…Oh dear Lord, please don’t ever do that again to your mum! That was cutting it close!’ 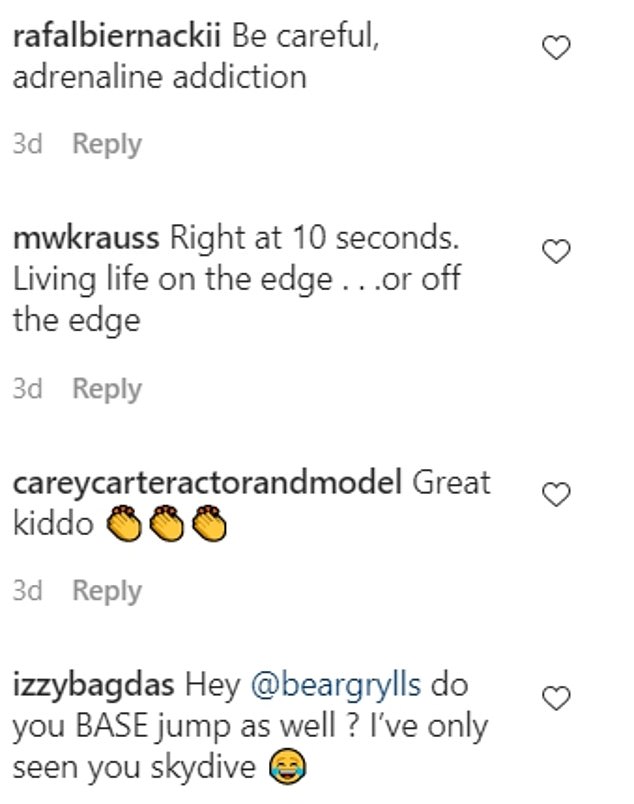 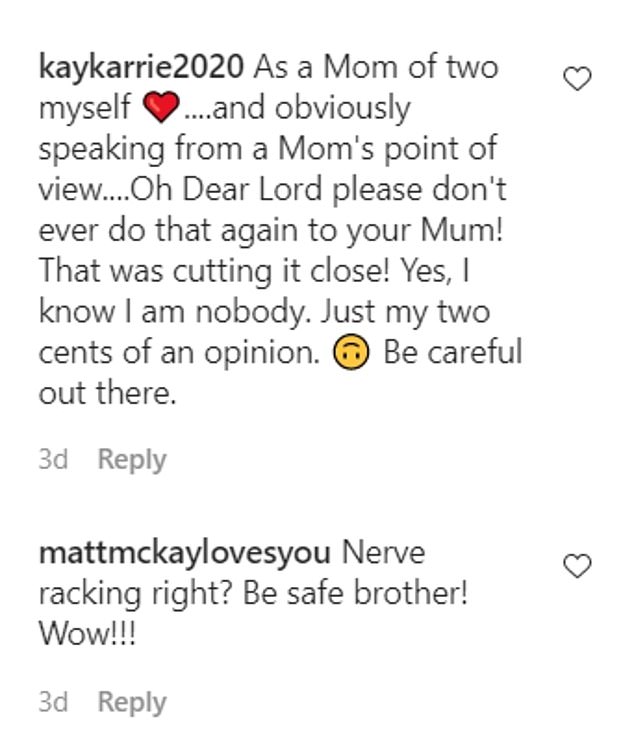 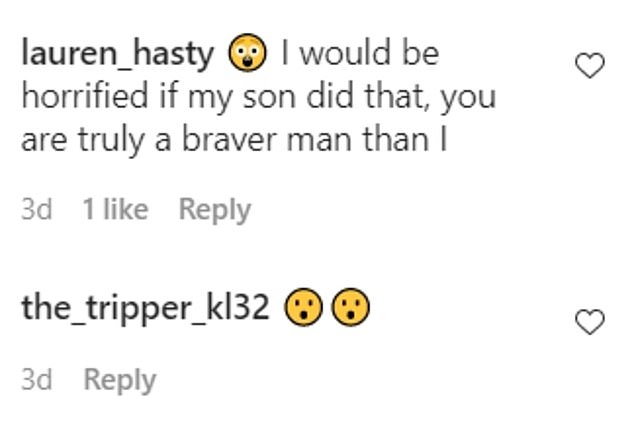 Many of Bear’s followers were left stunned by the daredevil clip, with some calling it ‘horrifying’

It’s far from the first time that Jesse’s adventurous behaviour has hit the headlines in recent years.

In 2015, Bear hit back at critics who slammed him for leaving Jesse alone on rocks in the sea.

Grylls found himself the centre of controversy after volunteering his eldest son Jesse for a lifeboat training rescue mission.

He even tweeted a photo of the boy surrounded by water in Abersoch, north Wales.

But in a column for The Times newspaper, the 41-year-old insisted the stunt had been meticulously planned and that children should be taking more risks in life. 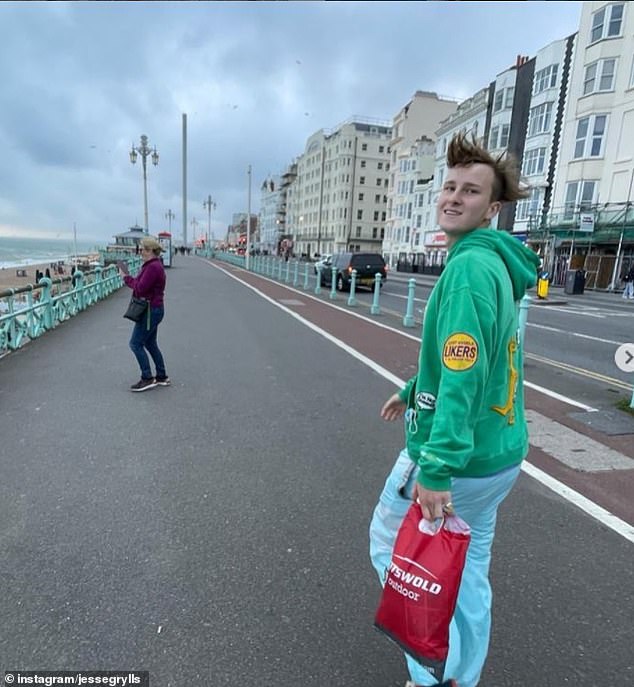 Bear praised his eldest son as ‘kind, humble, hard working and original’ in the gushing Instagram post earlier this week

‘When we try to strip our kids’ world of risk we do them a great disservice. We teach them nothing about handling life.

‘All children have a right to adventure… these moments allow children to get excited about the possibilities the world has to offer.’

He added: ‘They teach independence, initiative, self-reliance and resourcefulness: skills that will serve them for the rest of their lives.

‘None of this, of course, should come at the expense of safety.’

He went on to say that his son was wearing a life-jacket and was ‘safe at all times… and very happy.’

Bear previously faced criticism when he admitted he took his sons paragliding without insisting they wear safety helmets.

The adventurer said he did not need to make the boys wear protective gear for the extreme sport because he ‘knows how to do it safely’. However he came under fire from instructors for the remarks.