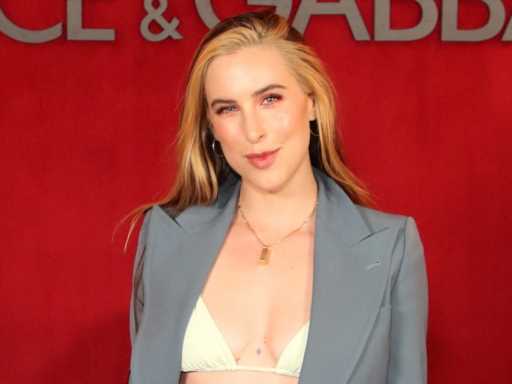 Bruce Willis’ daughter Scout Willis is no stranger to turning heads, whether it be on the red carpet or on her social media. The singer and actress is all about teaching people to be confident in their bodies, by baring hers for all to see. This time, she gave fans a snapshot that gave everyone serious early 2000s vibes.

On Oct 28, Willis uploaded a stunning and rather cheeky photo of herself to her Instagram story. She posted the photo without a caption because, frankly, this photo said way more than a thousand words on its own. 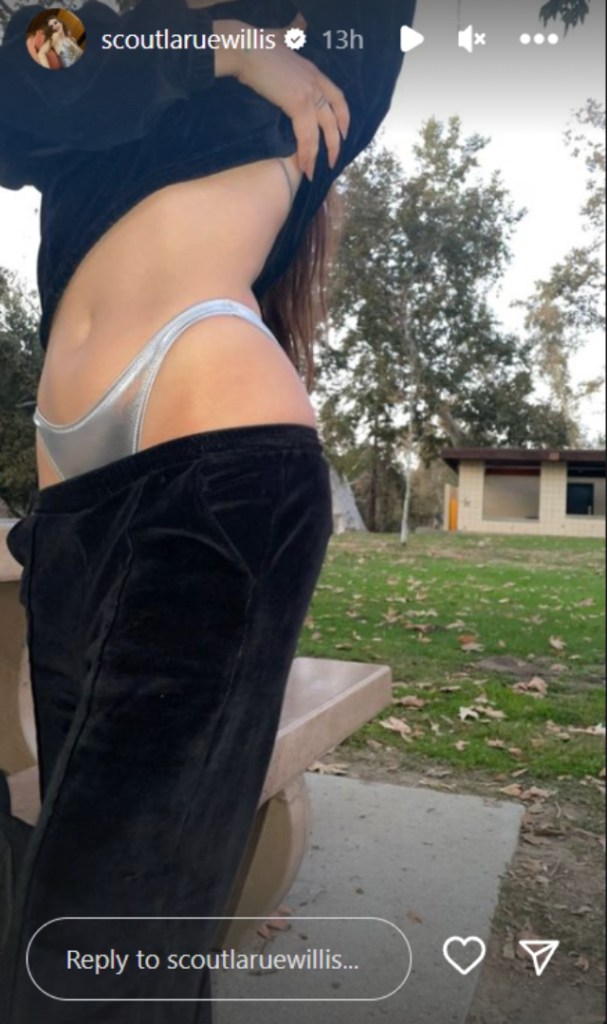 As you can see in the photo, Scout is showing off her silver thong under her velvet sweatpants, giving us serious early 2000s vibes yet again. She’s also wearing a matching sweater (and giving fans a peak at her matching silver bra), which she has pulled up to show off her amazing toned body.

Whether it be a spunky nude video or an alluring pic from one of her dramatic and empowering music videos, Scout knows how to make sure all eyes are on her and her confident spirit.

Along with being a talented singer, Scout is also known for her empowering views on the female body, and how she’s been working to break the stigma of so many double standards women face. Back in 2014, you may or may not remember the time she walked around NYC topless in protest of the harsh community guidelines on Instagram that banned so many women from showing pictures of their nipples.

Scout penned in a now-archived article for XOJANE per ABC News about her experiences with freeing the nipple. She said, “My situation was in no way unique; women are regularly kicked off Instagram for posting photos with any portion of the areola exposed, while photos sans nipple — degrading as they might be — remain unchallenged. So I walked around New York topless and documented it on Twitter, pointing out that what is legal by New York State law is not allowed on Instagram.” 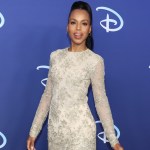 “What began as a challenge to Instagram and its prejudiced community guidelines became an opportunity for dialogue. Matters like the taboo of the nipple in the 21st century, public breastfeeding, slut shaming, fat shaming, breast cancer awareness, body positivity, gender inequality, and censorship have found their way into mainstream discussion,” she added.

Before you go, click here to see celebrity kids who are all grown up.