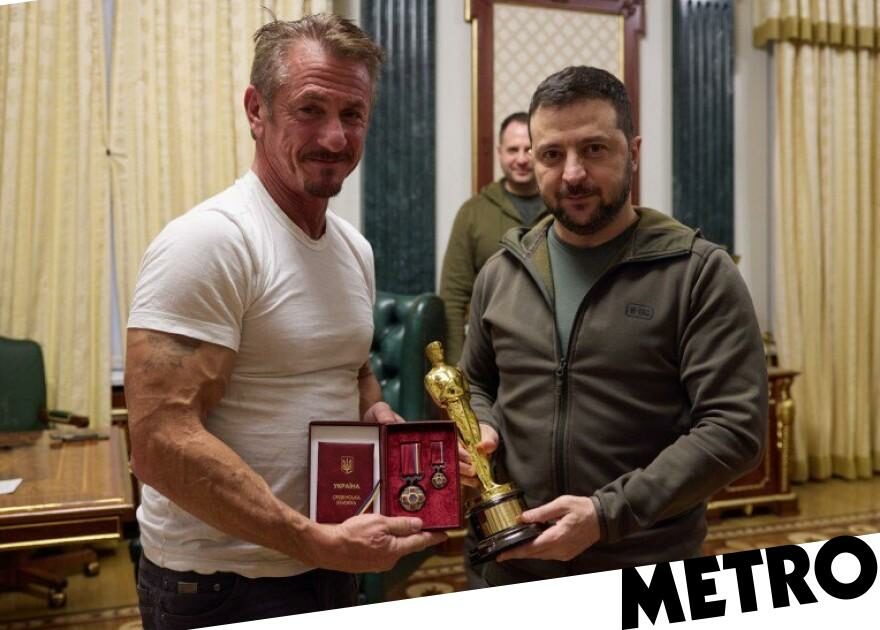 Sean Penn has given his Oscar to Ukrainian President Volodymyr Zelensky, telling him he feels ‘better knowing there’s a piece of me here’.

The Mystic River actor was previously in Kyiv working on a documentary at the time Russia’s President Vladimir Putin ordered an invasion of the neighbouring country.

Since, he’s been vocal about supporting Ukraine and has provided aid in various ways.

He’s now decided to give his Oscar to the Ukrainian president as a symbolic gesture.

Penn has won two Academy Awards for best actor – the first in 2004 for Mystic River, and the second in 2009 for the biopic Milk.

In a video shared on the president’s Telegram channel, Penn told him: ‘It’s just a symbolic silly thing, but if I know this is here then I’ll feel better and strong enough for the fights.

‘When you win, bring it back to Malibu, because I’ll feel much better knowing there’s a piece of me here.” 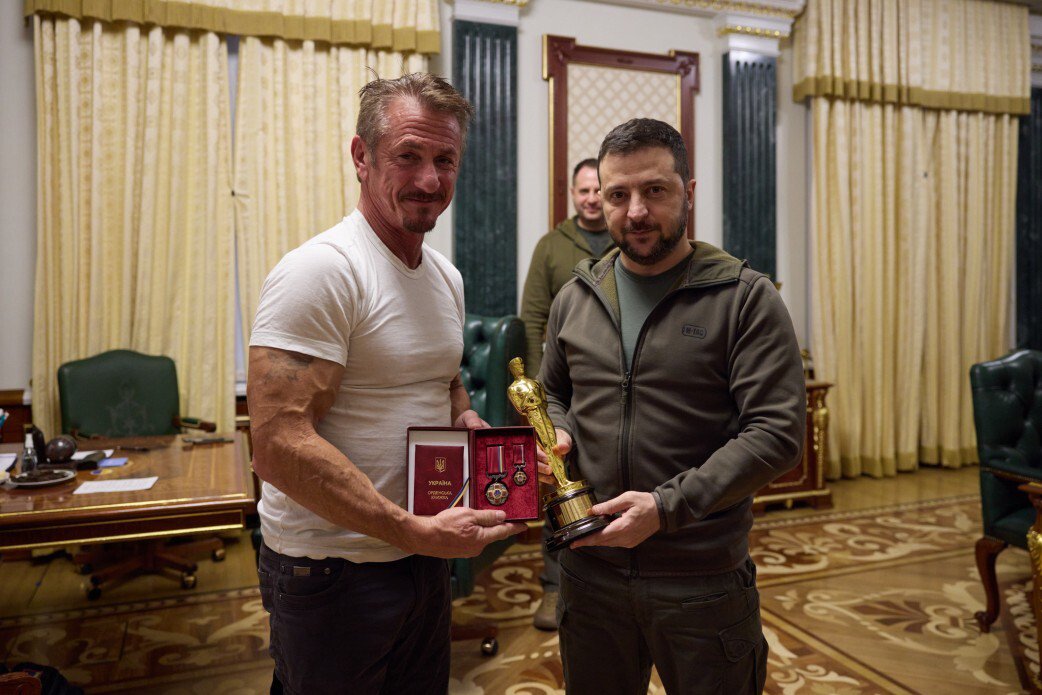 The trophy will remain in the country until the end of the ongoing war with Russia.

Penn was also honoured with Ukraine’s Order of Merit.

Zelensky said: ‘It’s not from me, it’s from Ukraine.’

The actor had previously promised to ‘smelt’ his Oscar if the Academy didn’t invite Zelensky to appear at the 2022 Oscars, even though doing so would have violated a rule prohibiting award winners from selling or disposing of the physical prize.

Penn said: ‘There is nothing greater that the Academy Awards could do than to give him that opportunity to talk to all of us.

‘This is a man who understands movies and had his own very long and successful career in that.’

He claimed: ‘It is my understanding that a decision has been made not to do it. That is not me commenting on whether or not President Zelensky had wanted to.’

Penn previously opened up about how he wasn’t sure if he would return to Ukraine as he didn’t know how he could be of help.

The actor, who shared his belief ‘we can be fascinated by conflict but also intellectually be very anti-war’, also explained more about how he first began speaking with Ukraine’s president, who has become an inspiration to many after dismissing dismissing he left the besieged capital, choosing to remain alongside those fighting.

Asked by Hollywood Authentic magazine whether he was apprehensive about going back into a war zone, Penn said ‘statistically’ he’s ‘never really taken risks at all’ and isn’t a war journalist nor a soldier who is on the front line.

He went on: ‘The only possible reason for me staying in Ukraine longer last time would’ve been for me to be holding a rifle, probably without body armour, because as a foreigner, you would want to give that body armour to one of the civilian fighters who doesn’t have it or to a fighter with more skills than I have, or to a younger man or woman who could fight for longer or whatever.

‘So, where I am in life is short of doing that, but if you’ve been in Ukraine [fighting] has to cross your mind. And you kind of think what century is this? Because I was at the gas station in Brentwood the other day and I’m now thinking about taking up arms against Russia? What the f**k is going on?’