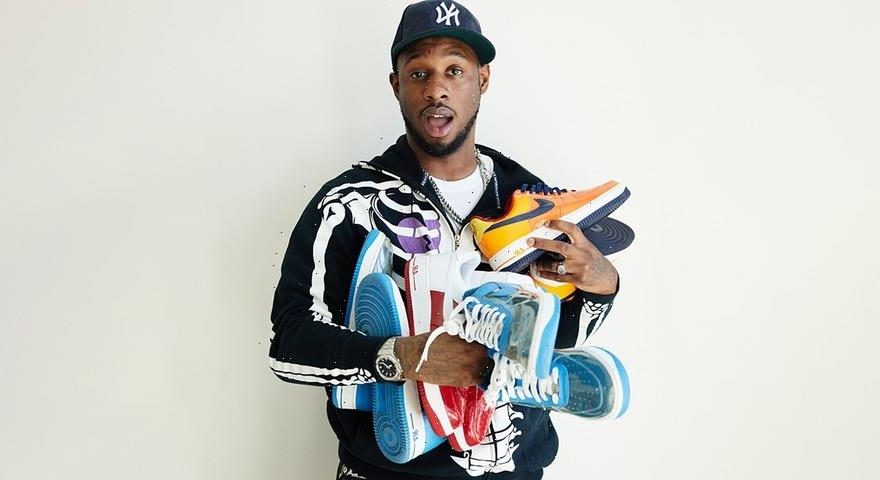 Nike‘s Air Force 1 and Harlem are a quintessential duo. The Bruce Killgore-designed sneaker and the bustling neighborhood in Upper Manhattan go way back — almost four decades, to be specific — and the Air Force 1 is still one of Nike Sportswear‘s best-selling shoes to this day, thanks in no small part to Harlem’s influence on global pop culture.

Harlem native and Coral Studios co-founder Ismaila “Ish” Traore is fully aware of the Air Force 1’s legacy in his home neighborhood. Splitting his childhood between Harlem and Florida, Traore saw the Air Force 1 from both an insider’s and an outsiders perspective. This duality gave him an extra-keen appreciation for the AF1’s cultural cachet as well as a healthy appetite for some of its most notable makeups from the ’00s like the “Invisible Woman,” “Savage Beast” and various Rasheed Wallace PEs.

Traore may now be a tenured leader of a creative studio with an ultra-rare Air Max 95 collaboration under his belt (the first iteration of Coral Studios’ Air Max 95 can go for four figures on aftermarket sites), but he’s never lost his affinity for the Air Force 1. In the latest installment of HYPEBEAST‘s Sole Mates series, Ismaila “Ish” Traore talks growing up as a sneaker-loving kid who swiped shoes from his older sisters, what he learned about culture from splitting time between New York and Florida, why the Air Force 1 has been able to sustain such a high level of popularity over so many years and more.1 of 2 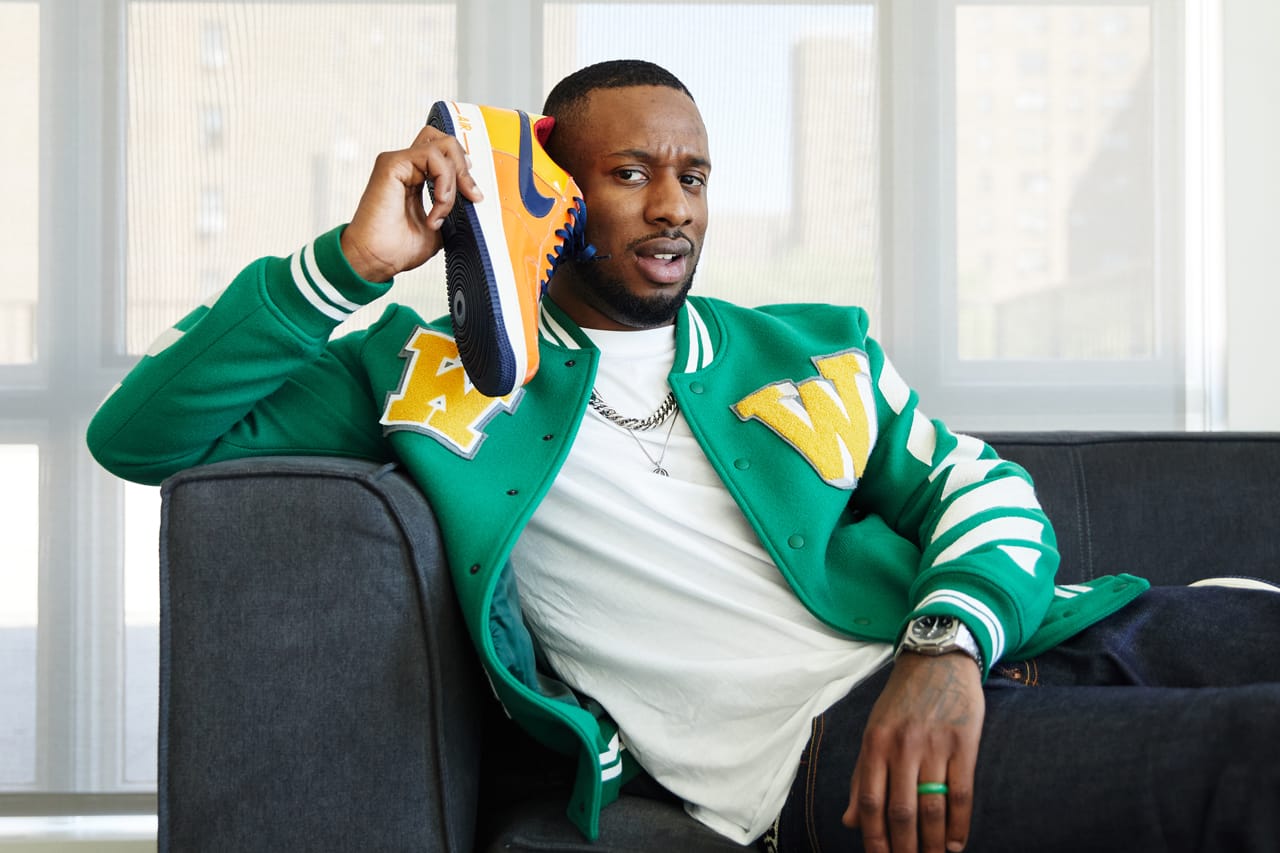 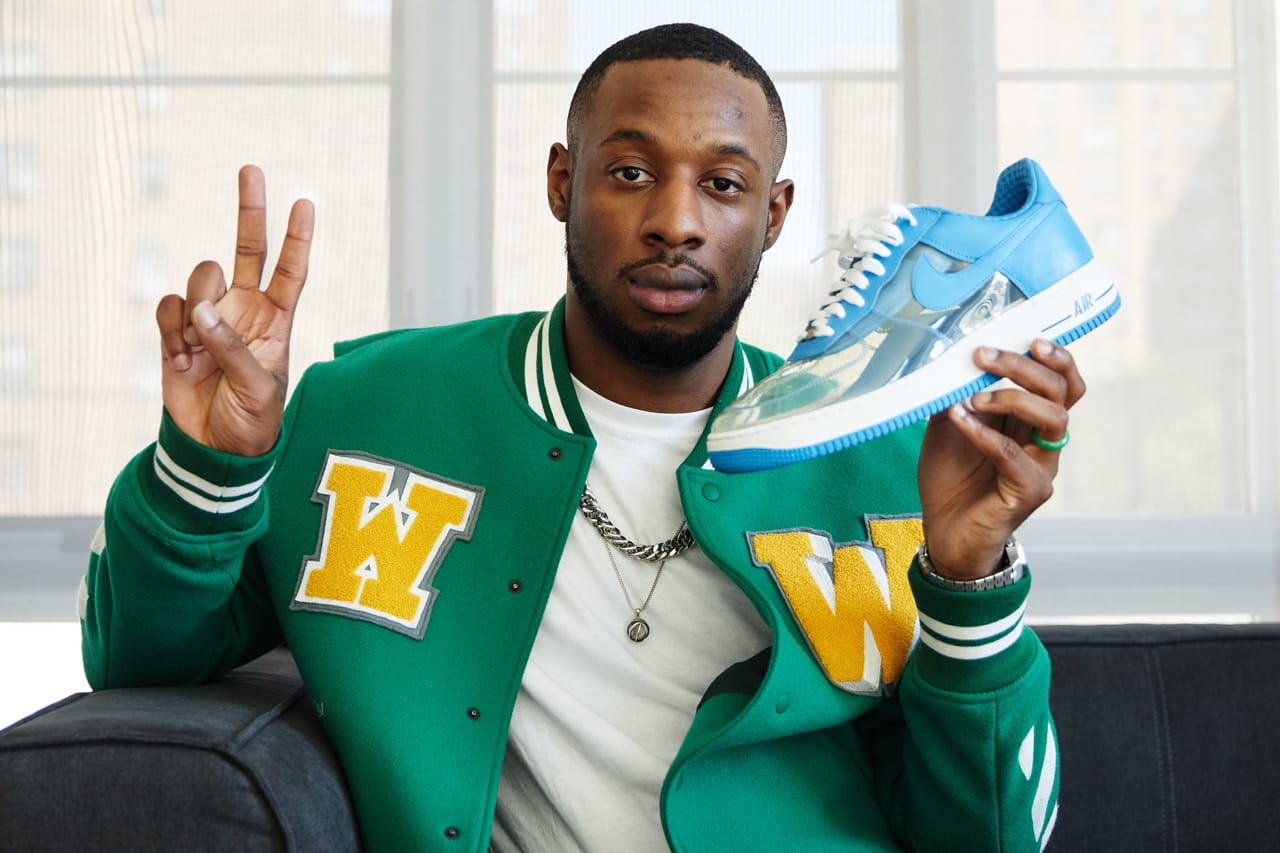 HYPEBEAST: What got you into sneakers?

Ismaila “Ish” Traore: My older sisters. They were really big sneakerheads. The oldest had Air Max 95s, Air Max 97s, all the Bo Jackson and Ken Griffey Jr. shoes you could imagine. The second oldest was a hooper, so she had shoes like the Air Foamposite Pro, Kevin Garnett’s Air Garnett 3 and Tim Duncan’s Total Air Foamposite Max. I couldn’t believe how magical some of those shoes looked, and by a stroke of luck I was able to fit their shoes when I got a little older. Eventually having nice shoes became a must for me, a way to show my taste and creativity.

Was it always Nike for you, or did you dabble in some other brands as well?

Mostly Nike, but as a kid you’re going to wear whatever’s available to you. I learned early on that New Balance was always comfortable, that Nike was a go-to for running around on the playground and that ASICS were great for going fast. I guess you could say I got the ABCs of sneaker culture [laughs].

When you were growing up, you split time between New York and Florida. I’m assuming that your exposure to sneaker culture was vastly different in those two locales? 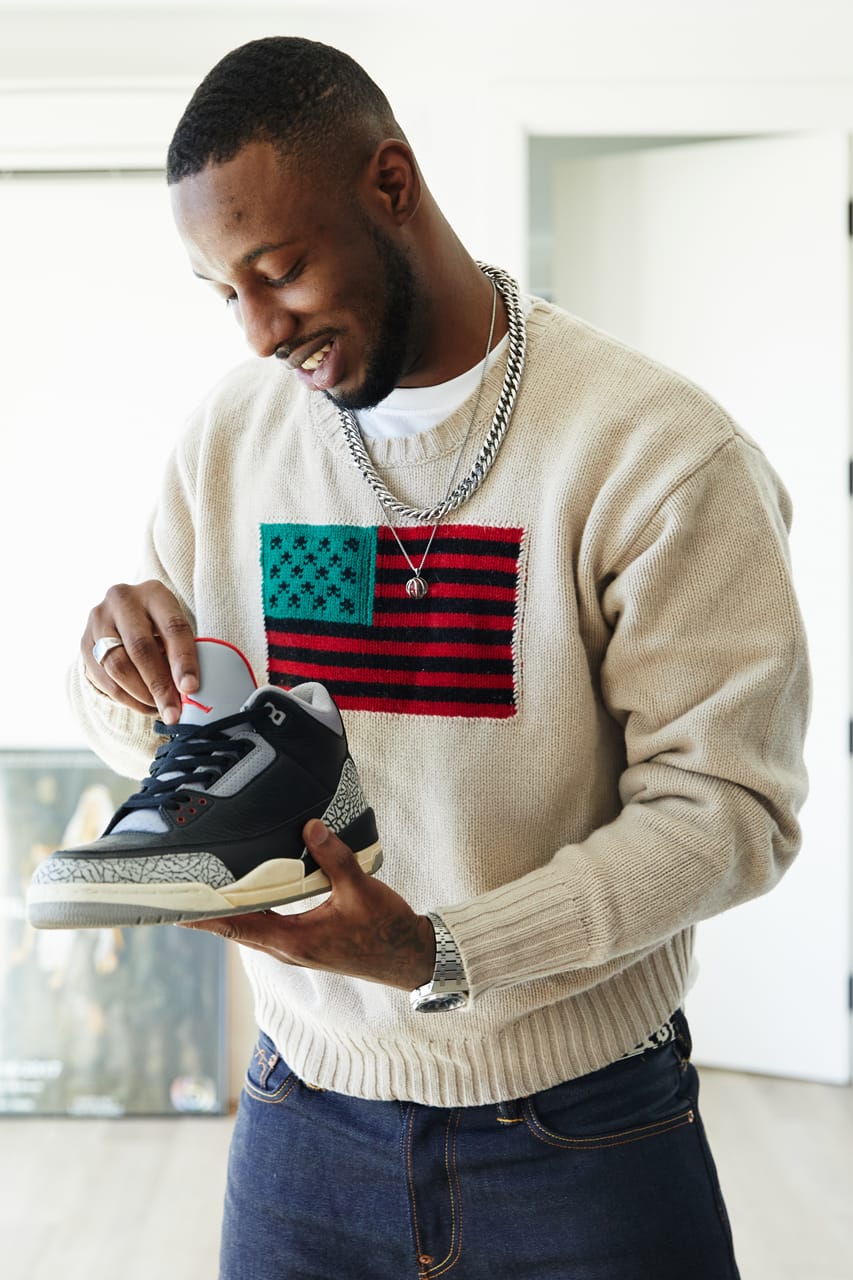 Did you grow to appreciate sneaker culture more when you had to leave New York and go to Florida? I’m sure it wasn’t as accessible there — New York is a mecca of sneaker culture, after all.

Being in Florida made me fight to stay involved [in sneaker culture]. I’d travel to Harlem whenever I could, buy more magazines, and try to open my mind up to the different dimensions of culture by learning more about skateboarding, sports and other forms of pop culture. I really had to try and immerse myself in those things because they weren’t all readily available in Florida.

So when did the Air Force 1 enter the picture? Was it a part of your life when you were growing up?

Absolutely. It was a special shoe in Harlem. You had to be brave if you wore it, because if you were rocking an all white pair you couldn’t let it get too dirty and if you were rocking a black pair you couldn’t let it get all creased up. If you wore the Air Force 1 High to play basketball, you had to be a hooper because it was so chunky and bulky. Even with the Air Force 1 Mid, you had to make sure that your straps didn’t dangle too much. I always had to have a pair no matter if I was in Florida or Harlem, because I wanted to let people know what I represented.

Based off that, I’d assume that you prefer a crispy pair over a well-worn one?

Absolutely. The Air Force 1 is like the hip-hop wingtip. You can dress it up, you can dress it down, wear it with almost anything. Through collaborations and everything else, you can watch the Force’s legacy grow in so many different ways. It’s a beautiful thing. It still amazes me that it even was able to become a “dirty shoe” — one that people would wear to festivals, wear into the ground— but continue to hold its credence.

Do you tend to gravitate towards rare collaborations, plain black and white pairs, a bit of both?

For me, it’s about eras. When Nike started doing waffle liners and those supreme metallic tags in the ‘00, the synergy they created on that series of shoes was really vibrant and we were really spoiled at that time, not knowing how special of an era that was. Honestly, I feel like it was because they had to compete with BAPE and raise their game. Now the Air Force 1 is a bit more of a staple than a statement, which is dope too.1 of 6 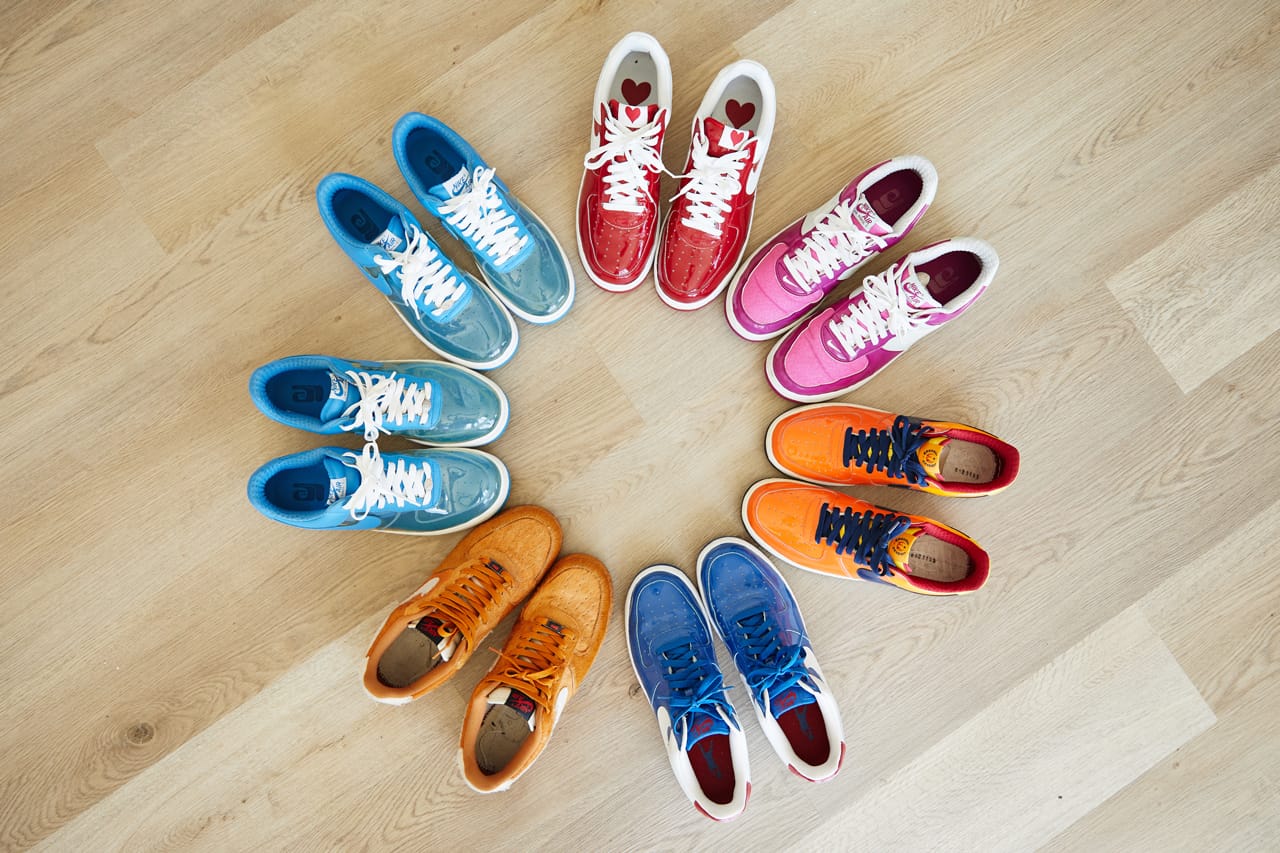 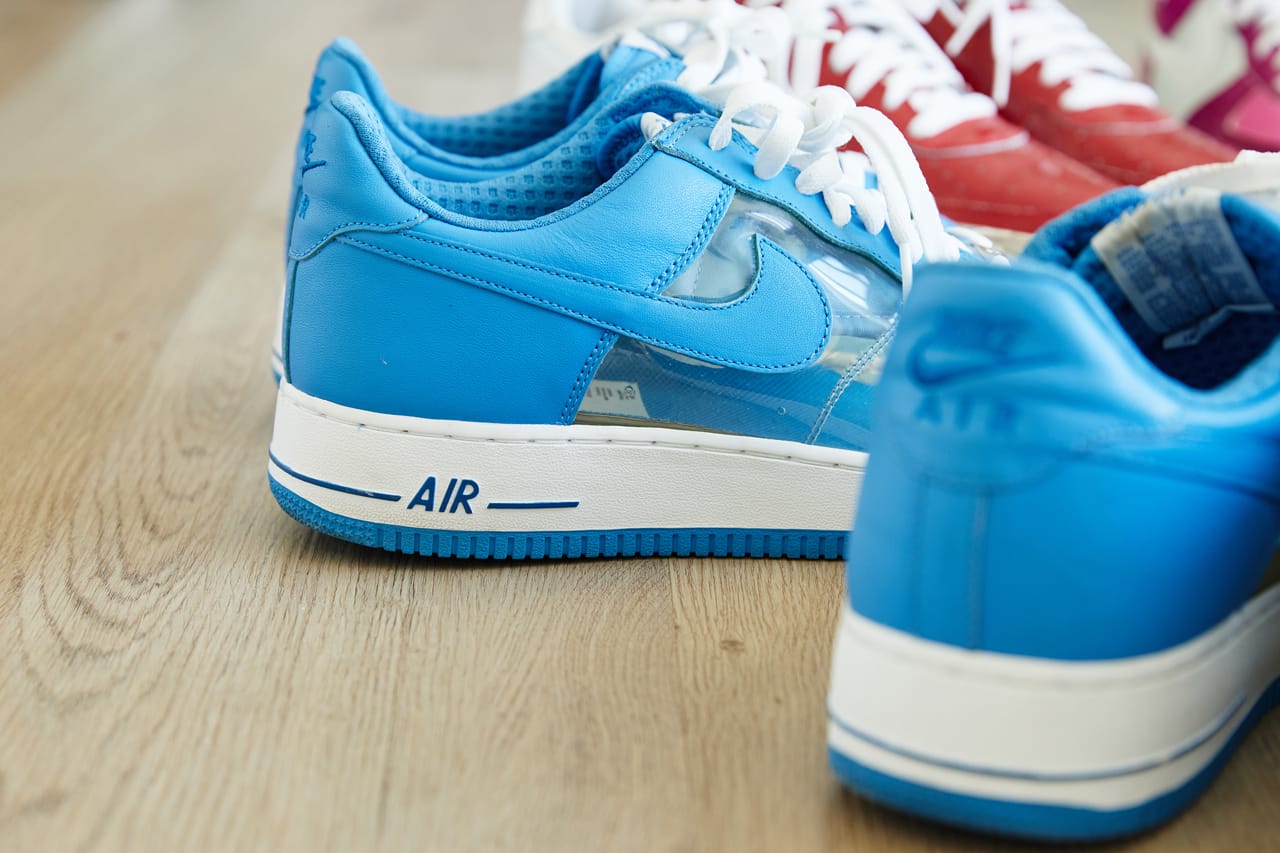 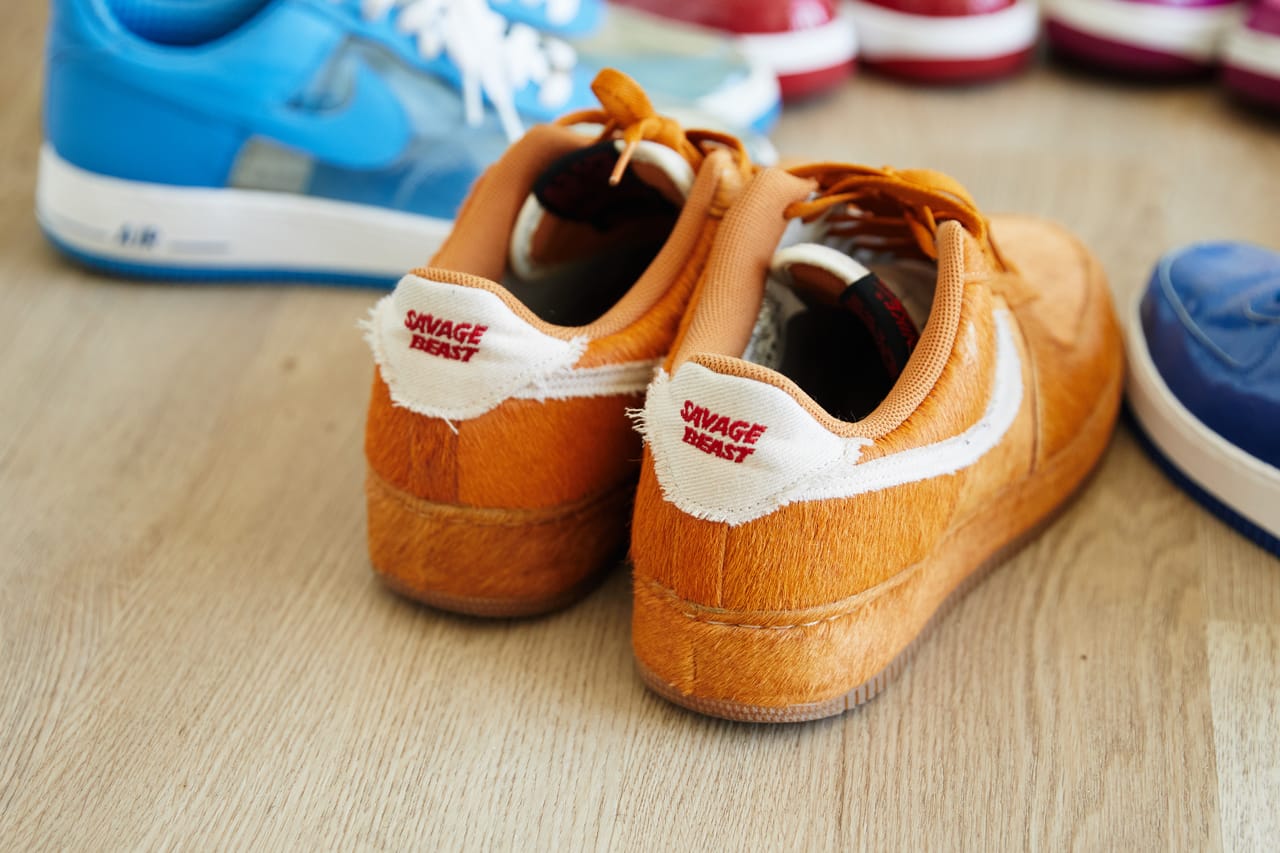 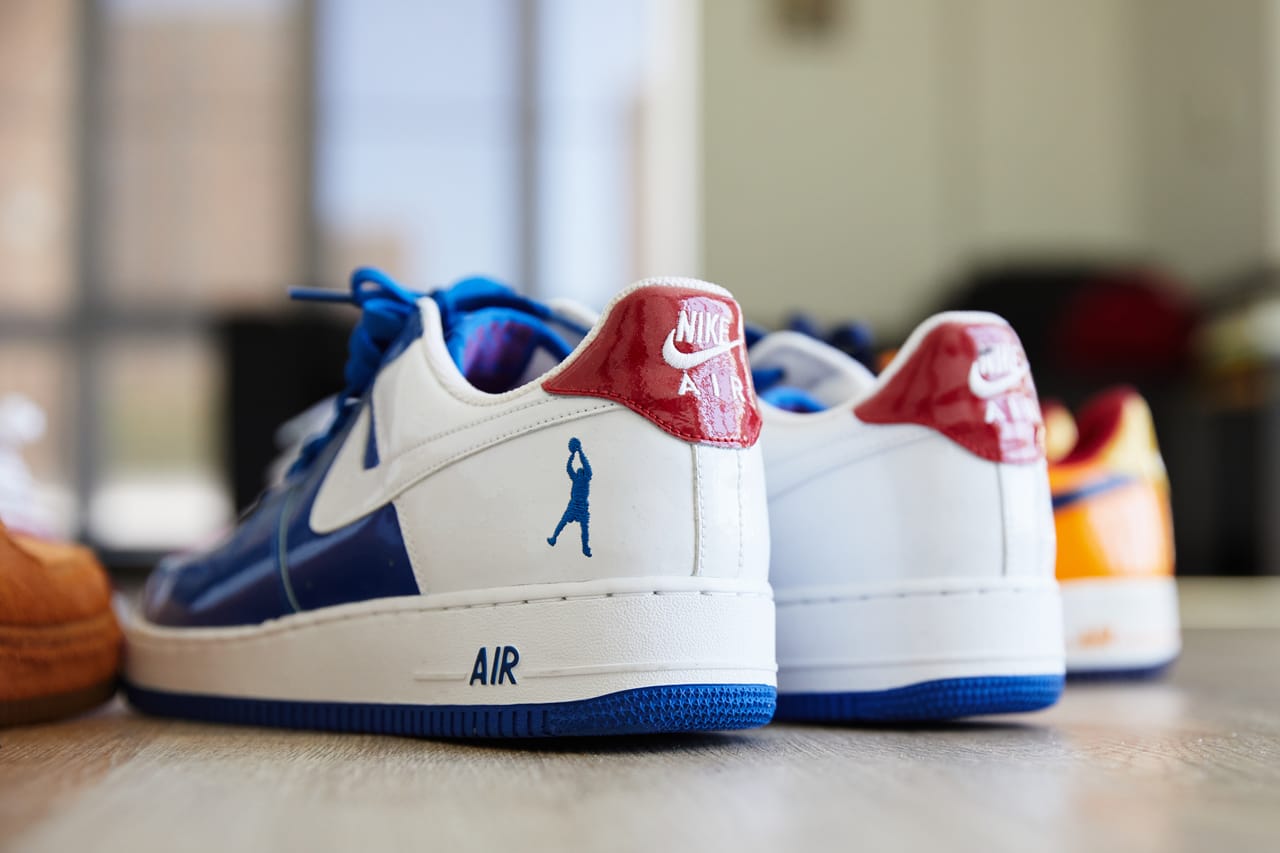 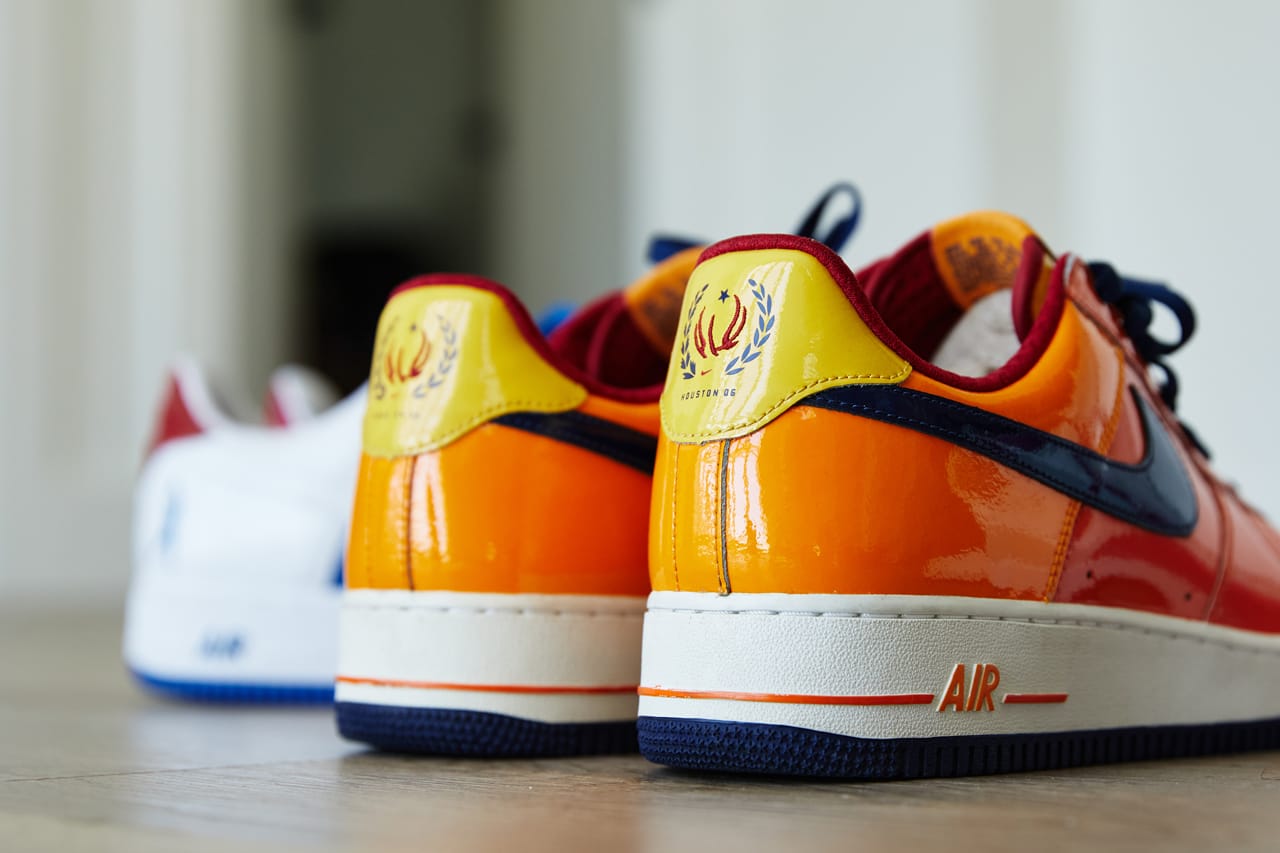 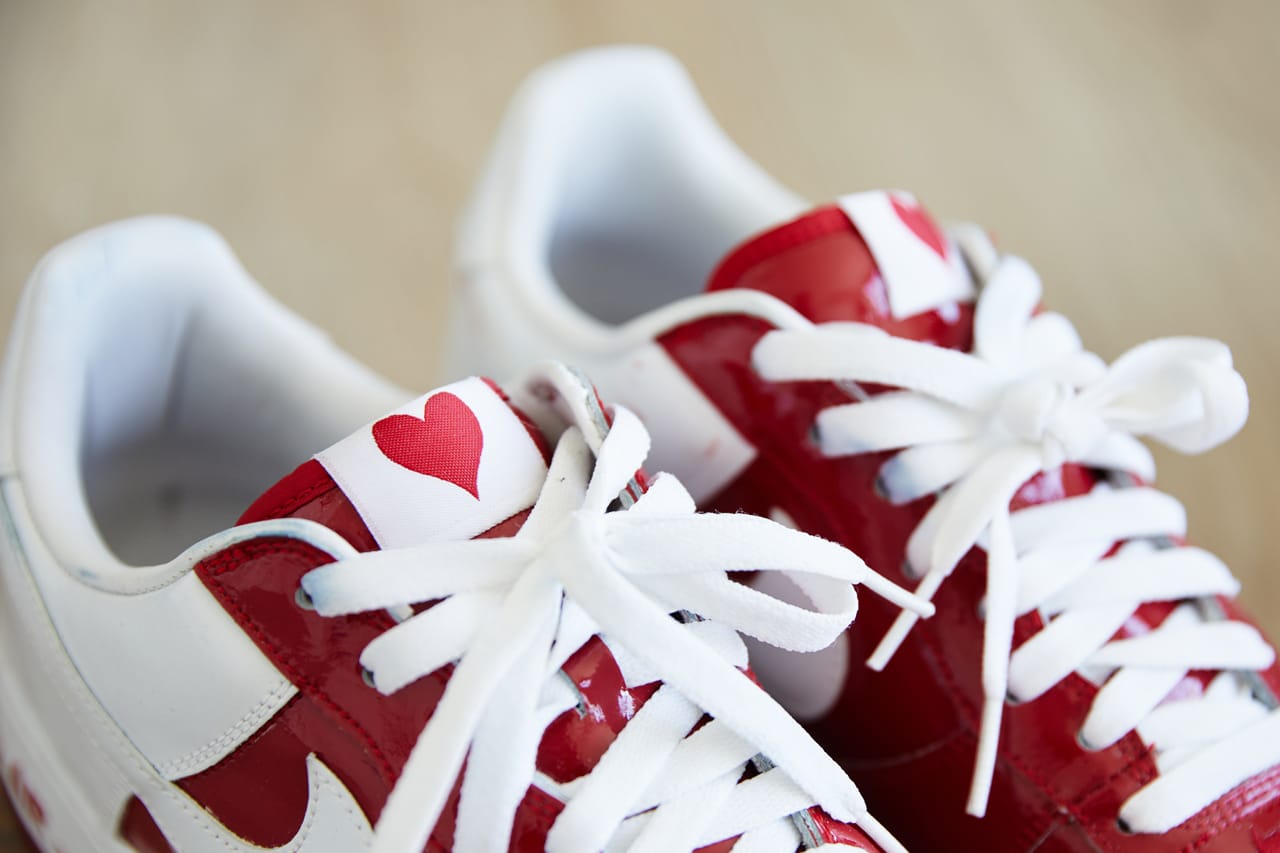 Will we ever see a return to those days of wild colors and bold materials, or has the Air Force 1 become too much of a staple to have another moment like that one?

It’s had thousands of colorways, but its integrity has never really changed. Even when it got into a really exploratory collaborative stage with guys like ACRONYM and Riccardo Tisci and you began to see how it could be reinterpreted, it still retained that authenticity. Because of that, I feel like there’s still plenty of space for Nike to go back to the crazy styles like patent leathers, bright colors and the like — reintroduce that piece of brand history like they did by bringing back the Dunk.

How do you think the Air Force 1 has managed to remain so ubiquitous through all these periods, perspectives and collaborations?

Honestly, I think it’s the Swoosh. It’s been ingrained in people’s minds like the McDonalds logo. When you see the Swoosh, you just trust it. Nike has leaned on that trust to reinterpret how the Air Force 1 can be presented to the market. 1 of 2 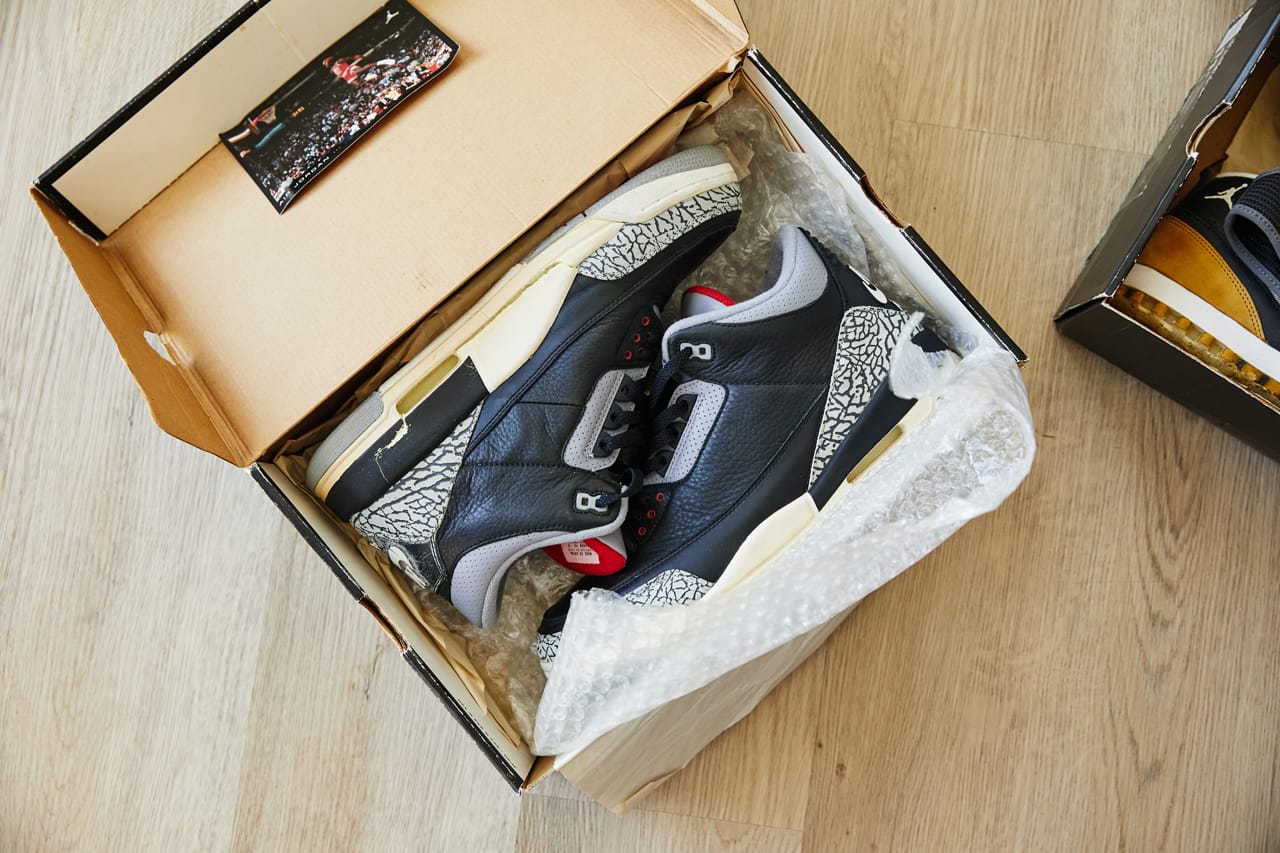 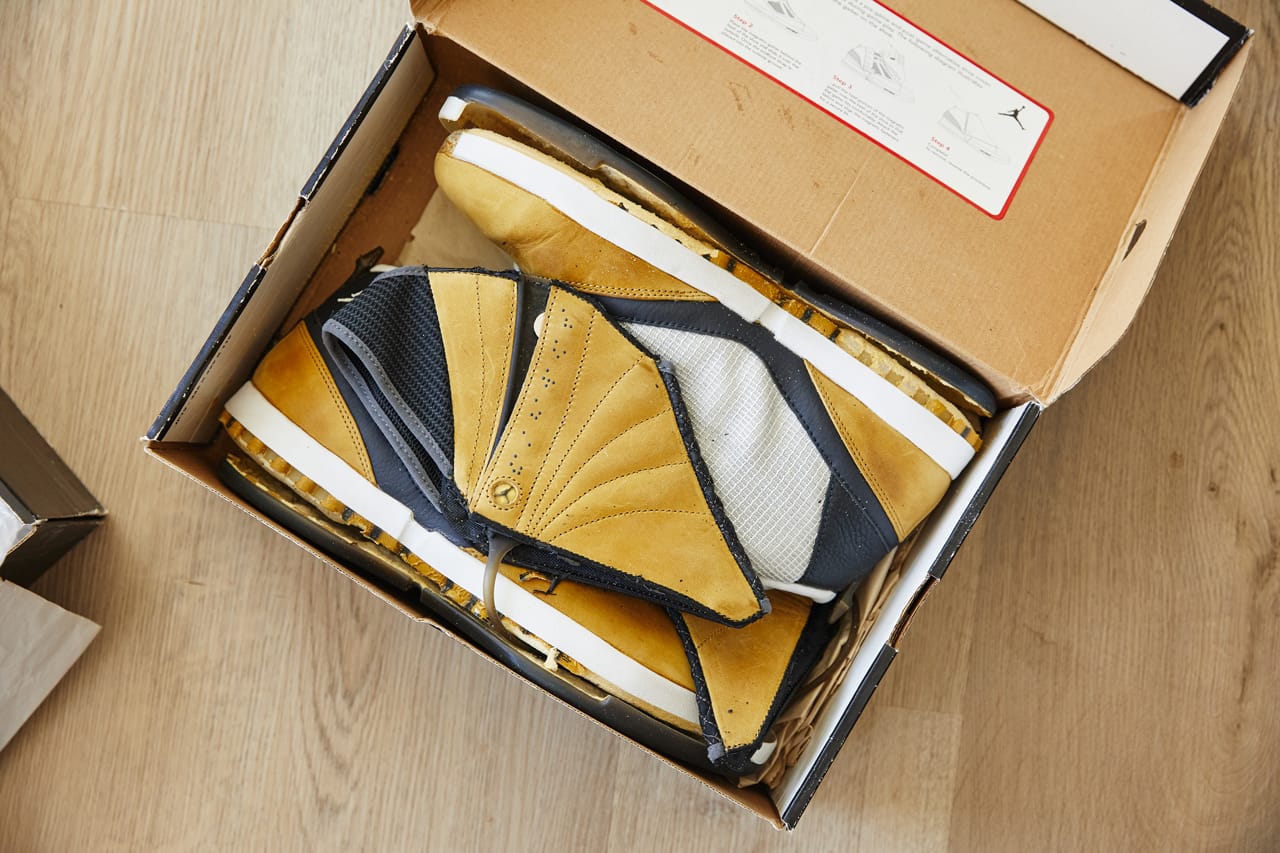 I’ve talked to a couple of folks from Harlem and the Bronx about the Air Force 1. What’s really interesting is that both places are so full of flash and bravado, this desire to be unique and stand out, but everyone seems to gravitate towards the same shoe. Why is that?

Because it’s the canvas that everyone wants to paint on. Even if everyone wants to be different and show their look, feel or point of view in a unique way, the Air Force 1 is the staging ground that they want to do it on. I think there’s also a competitive edge of wanting to outdo someone in a clearly defined contest.

You want to have the best Forces.

Exactly. I mean, people have done all kinds of crazy custom Air Force 1s with Gucci and Louis Vuitton leathers and fabrics to name a few. There’s a lot of ways you can put your own unique spin on it [Editor’s Note: This interview was conducted before Virgil Abloh’s Louis Vuitton x Nike Air Force 1s were revealed].

“[Coral Studios]‘ love of the Air Force 1 is specifically why we didn’t pick it for our collaboration. I thought it would be too taboo.”

So tell me this: Why didn’t Coral Studios select the Air Force 1 for its Nike collaboration? What led you guys to choose the Air Max 95 instead?

I’ve never said this before, but our love of the Air Force 1 is specifically why we didn’t pick it for our collaboration. I thought it would be too taboo. I’m an Uptown guy, a Harlem guy, and I felt like that story had already been told before, in a good way of course. I also didn’t want to feel like I was limited to my direct environment, and I wanted to tell a different story. Of course, the Air Max 95 was another classic I grew up with as well.

Looking ahead, how do you think the Air Force 1 will evolve over the rest of this decade?

I think there will be a moment when Nike has to re-educate a new generation of sneakerheads on what the Air Force 1 means, and enable them to lead a renaissance of sorts. With that will hopefully come more space to create, bring back classics and unearth some vibes that some of us may have forgotten about. I think a lot of the joints from the ‘80s, ‘90s and early ‘00s have been explored, but some crazy hitters came out from 2006 to 2010, and it would be really great to see those come around again. 1 of 2 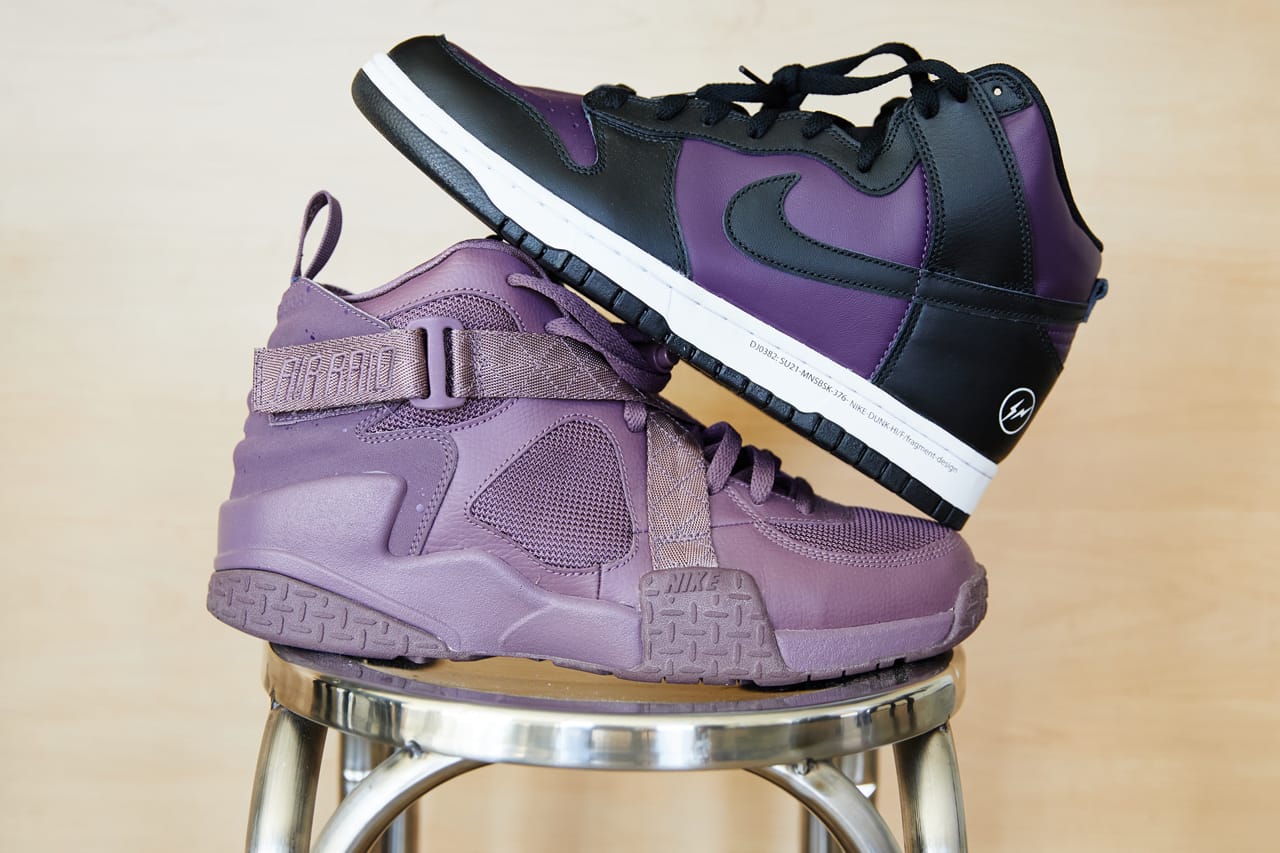 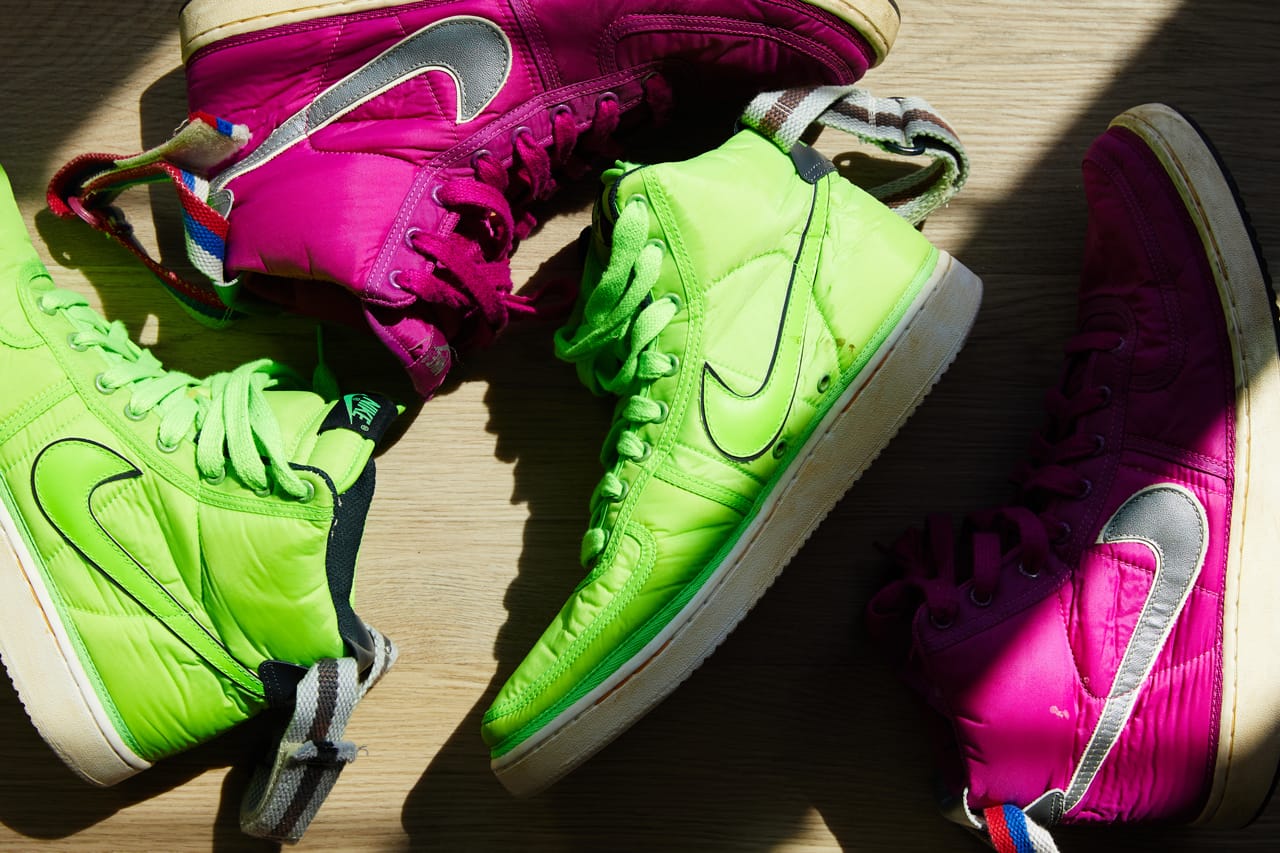 If you had to cut back your Air Force 1 collection to two pairs, what would you keep?

Sadly, I’m taking a pair of all whites even though I know I can buy ‘em again [laughs]. I’d also have to take the “Invisible Woman” because of what it did for me growing up. The “Invisible Woman” was so influential to me when it released in 2006. Hype wasn’t too crazy at that time and blogs weren’t even that big, the main players were NikeTalk and HYPEBEAST. Even the fact that there were Tier Zero accounts in Florida that had the “Invisible Woman” was unreal to me. It wasn’t even a collaboration, but it had collaborative vibes because of that Marvel association and that great nickname. Man, that shoe is a home run.

Why are sneakers important to you?

Sneakers have always been a way for me to teach people about who I am and share my story. From learning about shoes as a kid to modifying a classic as an adult, to getting people to give back to their community to get a pair I created and then having that pair go for over $5,000 on resale sites, it’s been a wild journey. I’ve learned time and time again how much shoes influence people, how shoes can show who you are and how you see the world — it’s a beautiful thing and I’m so happy to be a part of it and make history within it.
Source: Read Full Article