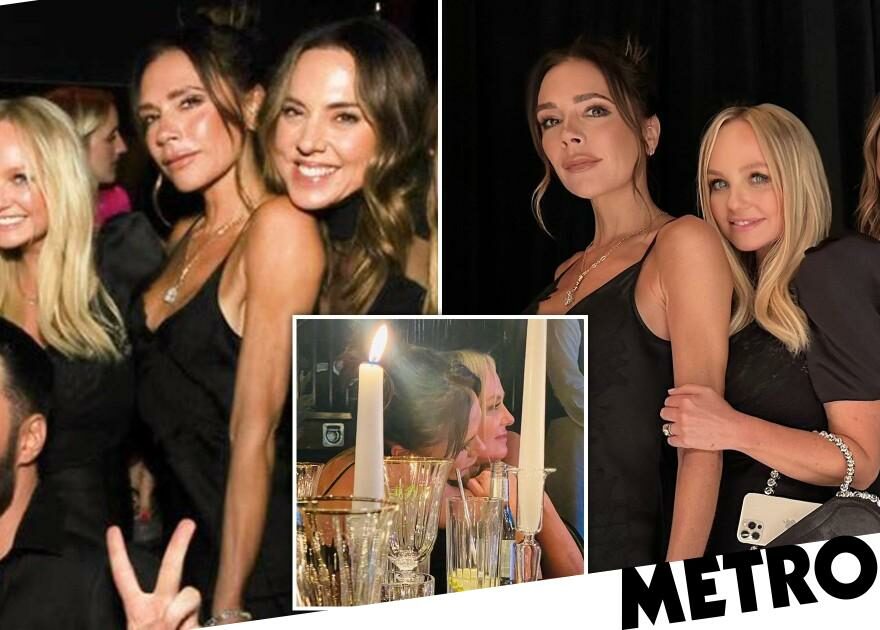 Four out the five group members partied together for Geri’s much delayed party on Sunday night, with the group of them throwing it back and cutting some shapes to their iconic hit Say You’ll Be There.

To be honest, it’s all we needed in life.

Geri was pictured with Victoria Beckham, Emma Bunton, and Melanie C as she enjoyed her big night at her Oxfordshire home, which she shares with husband Christian Horner.

The Spice Girls were clearly very in sync, with Victoria, Emma, and Mel matching in all-black looks, while birthday girl Geri stunned in a white sparkly number.

Also in attendance was Dame Shirley Bassey, who reportedly serenaded Geri alongside X Factor star Alexandra Burke, while Rylan Clark appeared to have an absolute ball as he celebrated the birthday girl. 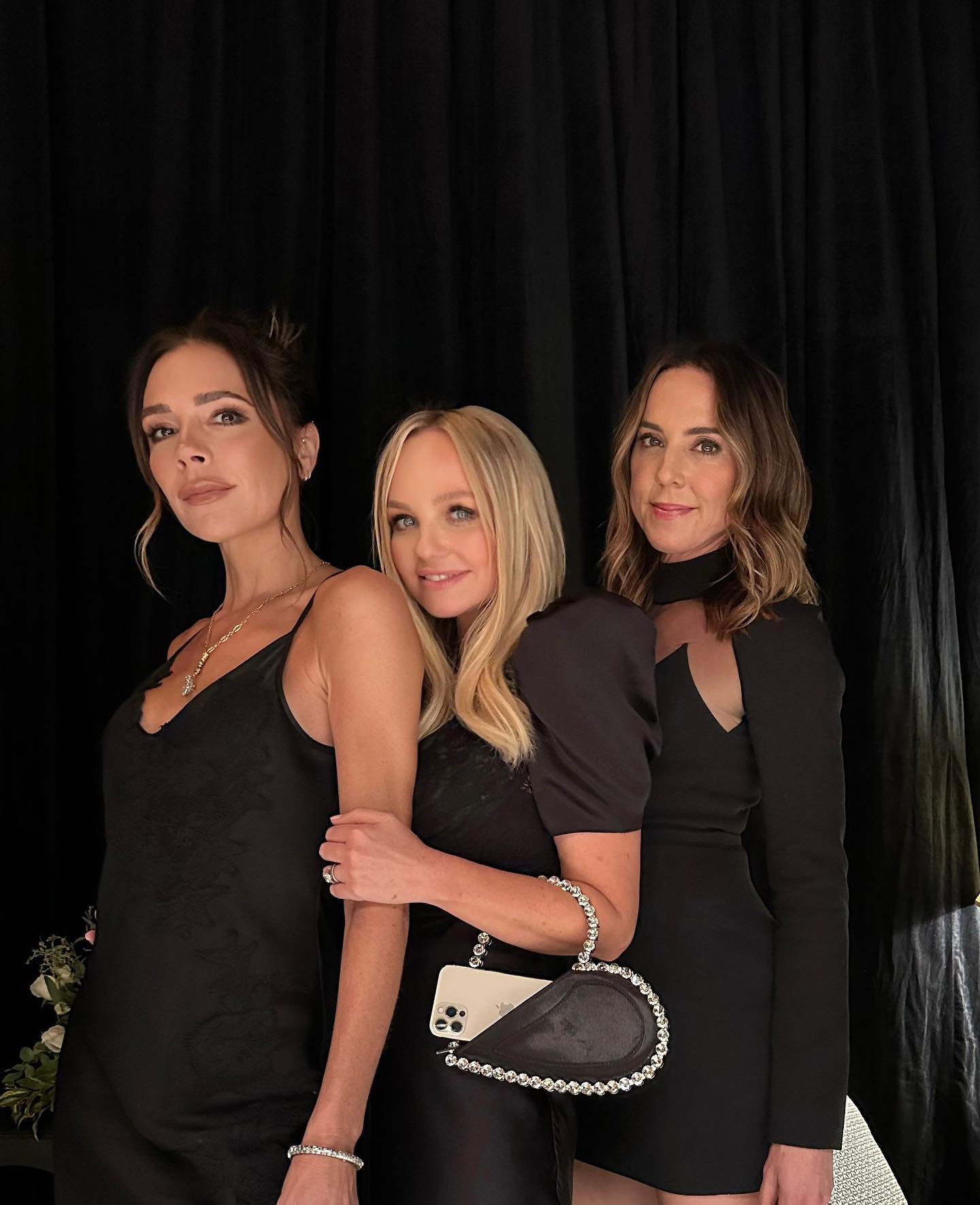 Elsewhere at the party, Geri’s Formula 1 driver husband Christian gave a sweet speech, and the loved-up couple were seen dancing together.

It’s thought that jazz music soundtracked the big night, with Geri celebrating bonfire night by shooting fireworks into the air, while a three-course dinner was also served for the 160 guests.

Victoria shared the love for the group, as she shared a sweet snap with Emma and Mel C, and one of her cuddling up to Emma.

The star, who has not often reunited with her Spice Girls co-stars, celebrated making ‘special Spice Girls memories’ and shared the love for birthday girl Geri.

Melanie C shared the love for Mel B, sharing a cute photo and writing ‘Gorgeous night, we missed you @officialmelb’.

Mel B was also clearly missing her bandmates, as she shared a throwback snap on Instagram last night.

Geri celebrated her 50th in August this year, but ended up delaying her birthday bash following the death of Queen Elizabeth II.

The Spice Girls have reunited various times over the years and are still close friends – although it’s been quite a task to get the five of them in the same room together.

In 2012, the five of them reunited to perform at the Olympic Games Opening Ceremony in London, while the four of them minus Victoria later reunited for a special tour.

It’s thought that the girls are next set to reunite for a documentary celebrating their rise to superstardom.

Meanwhile, Geri’s had plenty to celebrate after it was announced that she’s returning to the silver screen for Sony’s upcoming Gran Turismo movie.

The 50-year-old pop icon, of course, made her big screen debut in Spice World in 1997, alongside her bandmates Victoria Beckham, Emma Bunton, Melanie C, and Mel B.

She later made a cameo in the Sex And The City in 2004, playing socialite Phoebe.

According to The Hollywood Reporter, the movie is already shooting in Hungary and being directed by Neill Blomkamp, known for sci-fi films including District 9 and Elysium.

The project is based on a true story and is described as the ultimate fulfilment tale of a teenage Gran Turismo player, played by Archie Madekwe.