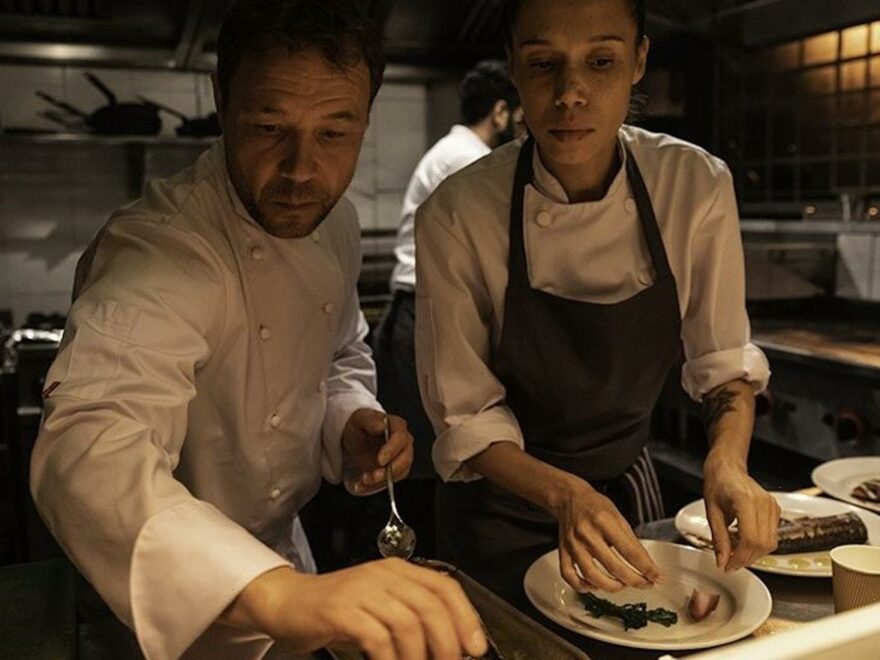 Get ready to return to the gritty restaurant world with a new installment of Boiling Point.

There were plenty of standout dramas in 2021 (Crossfire, Vigil and Line of Duty to name a few) but many of us will also remember Boiling Point, the explosive one-shot restaurant drama that gave Stephen Graham his first ever (and much deserved) Bafta-nomination for best actor.

The feature film – set in a bustling London restaurant with a head chef (played by Graham) who is spiralling out of control – was an instant hit with viewers and earned critical acclaim, including another Bafta nod for Outstanding British Film.

Well, we have good news, because the feature film is getting a five-part follow up BBC series.

As per The Hollywood Reporter, the project will pick up six months on from where the film left off, with sous chef Carly (Vinette Robinson) now head chef at her own restaurant, and many of the feature’s original cast – including Graham as Andy and Hannah Walters as Emily — reprising their roles alongside her.

Both Graham and Walters will also exec produce once more for their own Matriarch Productions (the film marked its first-ever production).

“The incredible reaction to the film, its story and specifically the characters along with the huge desire to know more and delve deeper into their worlds has led us to create a drama series with the BBC in which we will keep the audience gripped, intrigued and involved in each of the characters’ journeys,” said Graham and Walters of the upcoming series.

“To be able to explore and go on a journey with our established and new characters will be a roller coaster of feelings and emotions, but a roller coaster you will want to keep getting back on. Our aim is to make powerful drama which reflects social realism, raising real-life issues which have an effect on each and every one of us.”

While we can’t be sure of a release date just yet, we’ll be sure to update you when more information becomes available. Because frankly, we can’t wait.

Boiling Point is available to stream on Netflix now.