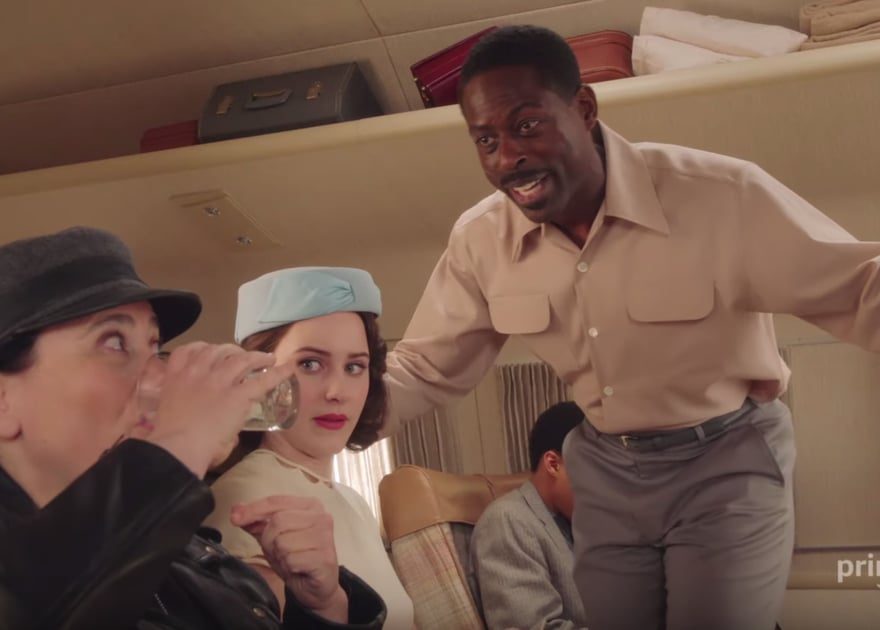 Midge is headed to Miami! In the trailer for The Marvelous Mrs. Maisel‘s third season, we watch as the titular heroine (played by award season darling Rachel Brosnahan) accepts Shy Baldwin’s offer to head out on tour as his opening act, leading her and Susie (Alex Borstein) to Miami, military bases, and more. Oh, and apparently they cross paths with Sterling K. Brown, which we can already bet will be the highlight of the third season.

Although details about the This Is Us star’s role are still under wraps from co-creators Dan Palladino and Amy Sherman-Palladino, he let slip just how excited he was to join the series back in April in a video on Twitter. “The Palladinos were kind enough to write a little something for your boy, and I said yes, so stay tuned. I’m getting together with Midge and it’s going to be awesome.”