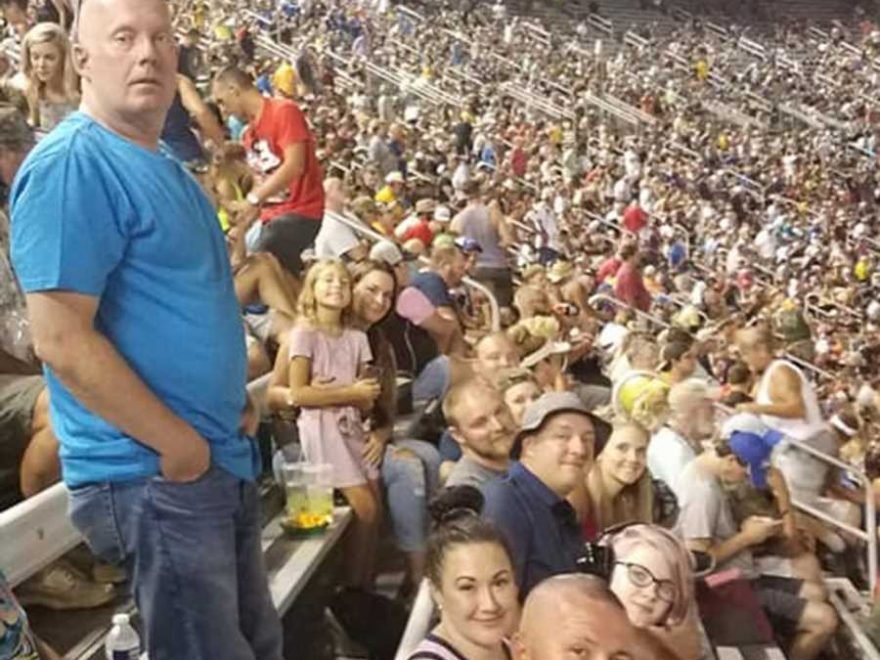 NASCAR is giving back to the first responders who helped save Dale Earnhardt Jr. and his family from a fiery plane crash in Elizabethton, Tennessee, that almost took their lives.

The Carter County Tennessee Sheriff’s Office and all first responders at the crash received free tickets to the Bristol Motor Speedway night race, according to CNN.

“We had a great time with our first responder family at the BMS night race! A big thank you to NASCAR for giving us and all the agencies that responded to Dale Jr.’s plane crash free tickets!” the Sherriff’s Office shared on Facebook.

On Thursday last week, Earnhardt Jr.’s sister, Kelley Earnhardt Miller, tweeted that the NASCAR driver, his wife Amy Earnhardt, and their young daughter, Isla Rose, were involved in a plane crash, as well as two pilots.

An Elizabethton Fire Department official told PEOPLE on Thursday that Earnhardt Jr., 44, and his wife were transported to the hospital out of an abundance of caution and without serious injuries.

In a Friday press conference, Ralph Hicks, senior investigator for the National Transportation Safety Board, gave an update on the investigation into the crash.

After looking at surveillance video from buildings around the area, the NTSB determined that “the airplane basically bounced at least twice before coming down hard on the right main landing gear,” Hicks said.

“The airplane continued down the runway off to the end, through a fence and it came to a stop on Highway 91,” he added.

The NTSB will continue the investigation in the coming days, with a preliminary report available in seven days.

A rep for Earnhardt Jr. and his family told PEOPLE that they are “doing well” and will be resting to recover from the traumatic event.

“He and his family are doing well,” a rep for Earnhardt Jr. confirmed to PEOPLE on Thursday night. “Dale was discharged from the hospital earlier today and NBC Sports has given him the weekend off from broadcasting to be with his family.”

Also, NBC Sports tweeted that Earnhardt Jr. would not be in the network’s broadcast booth this weekend, explaining that “we’re all in agreement that he should take this weekend off to be with his family.”

Many racing celebrities sent loving messages for the Earnhardt family on Thursday.

Earnhardt Jr. retired from racing in 2017 after secretly grappling with concussions for years. He and Amy welcomed Isla in April 2018.