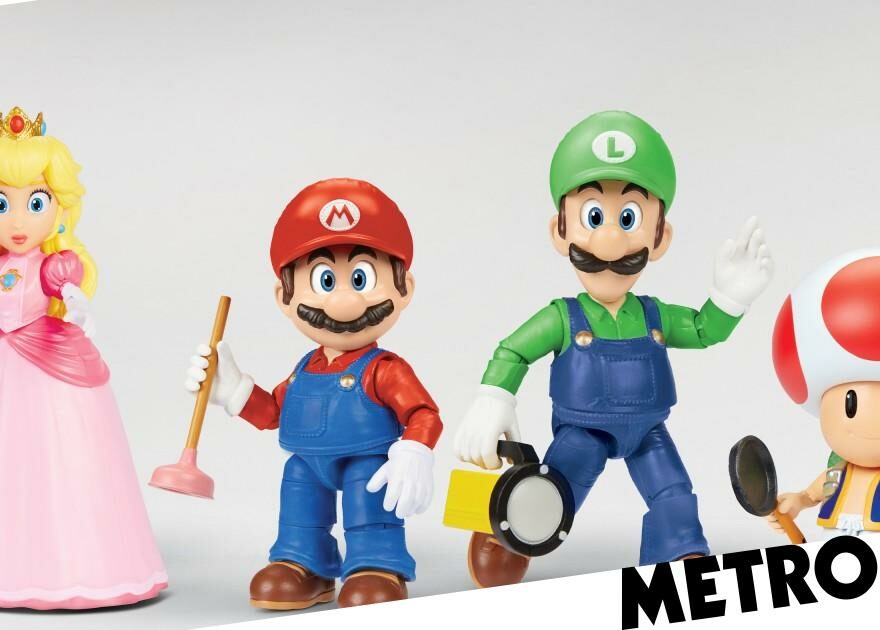 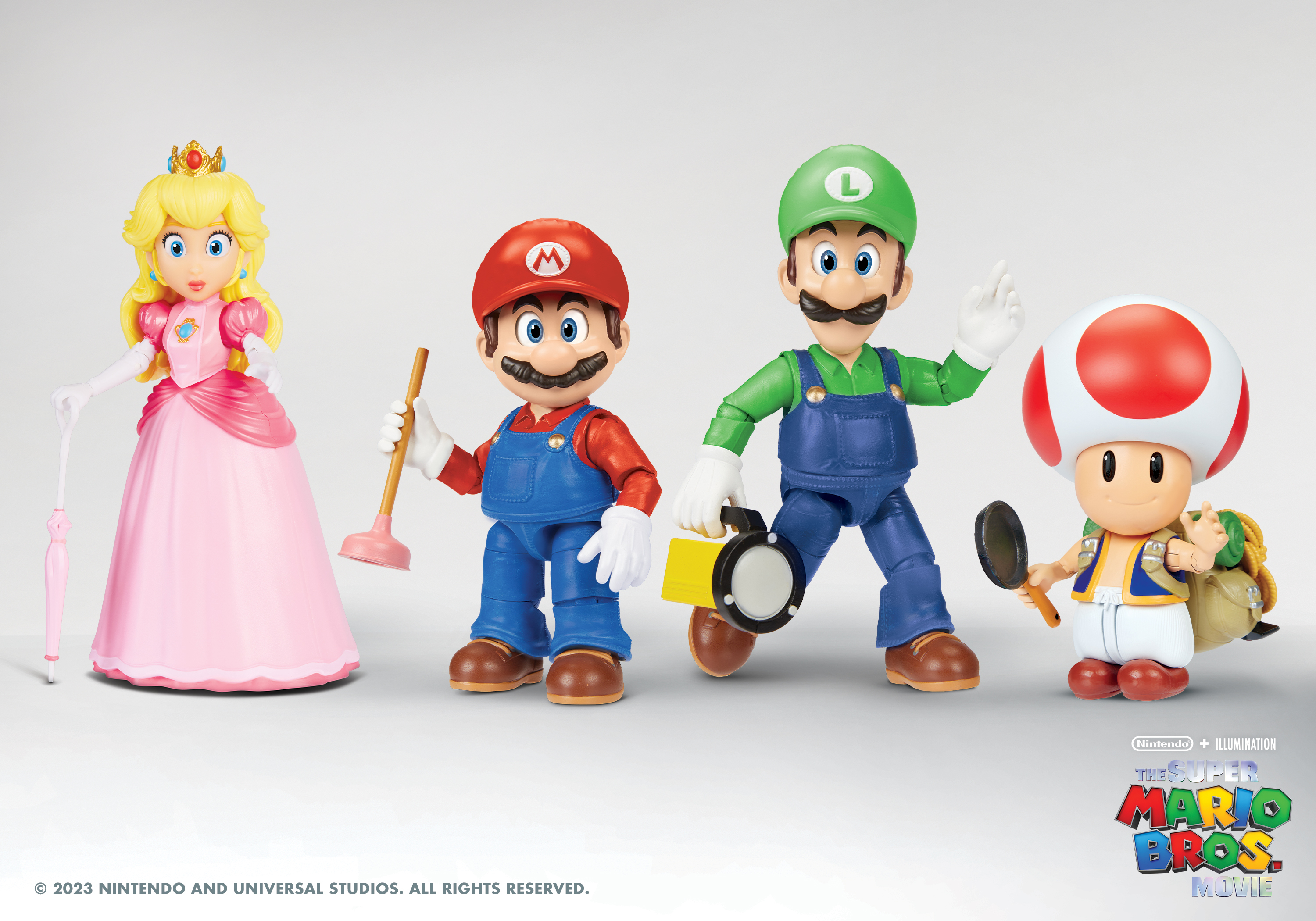 With the Super Mario Bros. movie releasing in just a few months, you can expect to see tie-in merchandise line the shelves in toy stores and be advertised online.

Today, Jakks Pacific (which has released Mario merchandise before, including that life-sized Mario Kart) announced that it has partnered with Nintendo and Illumination to release toys, playsets, and accessories based on the movie.

They’re already slated to release worldwide on February 26, and Jakks Pacific has provided a first glimpse at a line of posable figures for Mario, Luigi, Princess Peach, and Toad.

While these will undoubtedly be popular with kids and die-hard fans, we can’t help but find something weirdly off-putting about them.

Perhaps it’s the eyes. They’re so wide and because of the way they’re positioned, they look like they’re staring right into our soul.

Not to mention they look rather expressionless, with Toad being the only one offering a friendly smile. At first, we thought Peach didn’t even have a nose (she does, it’s just quite small), and Mario and Luigi almost look like they don’t have mouths, though they might just be obscured by their moustaches.

Still, we can’t deny their faithful recreations of the characters’ movie designs. Each one also comes with a neat little accessory: a plunger for Mario, a torch for Luigi (a possible nod to the Luigi’s Mansion games), a parasol for Peach, and a frying pan for Toad, which he’s seen holding in the most recent movie trailer as well.

There’ll no doubt be other such figures for the likes of Bowser and Donkey Kong, although we wonder if we’ll see anything related to the Lumas from Super Mario Galaxy.

As a reminder, leaked McDonald’s Happy Meal toys appeared to confirm that Lumas will appear in some capacity in the movie. Considering their deep connection to Rosalina, there’s speculation that she’ll show up too as a surprise addition or in a post-credits scene.

The Super Mario Bros. Movie releases in cinemas on April 7.