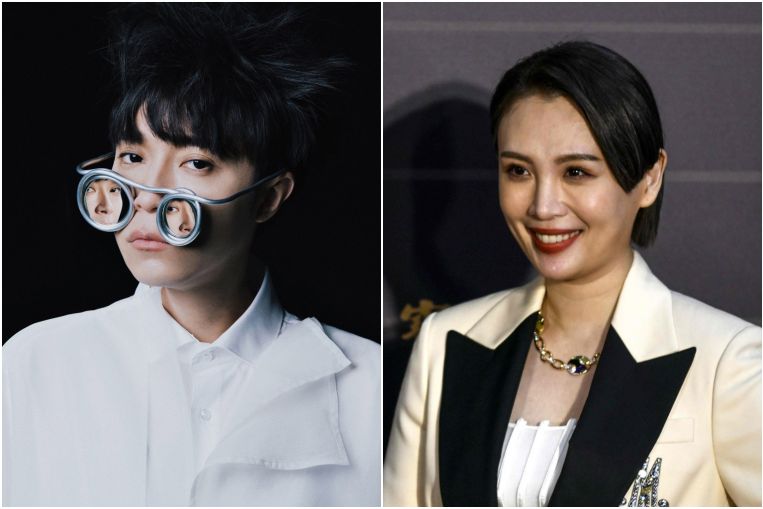 Wu Ching-feng and Waa Wei have been crowned best singers at Taiwan’s Golden Melody Awards, as Malaysian singer Fish Leong failed to win the award for the sixth consecutive time.

The 31st edition of the music awards, originally scheduled in June, was held in Taipei on Saturday (Oct 3).

Wu, who was sued last year by his former mentor and record label boss Will Lin due to a copyrights dispute, said emotionally during the acceptance speech: ” I have to selfishly say to myself: ‘Thanks to myself for not being defeated… thanks to myself for still trying to sing. You have done your best. Thank you’.”

According to music producer Issac Chen, the head of the judging panel, Wu won the award in the first round of voting.

Wei, who was also the host of the ceremony, won the Best Female Vocalist (Mandarin) for her album Hidden, Not Forgotten.

Weeping as she delivered her acceptance speech, Wei said: “This is my first Golden Melody Award, and I hope there will be second and third ones.”

According to Chen, she beat Wang only by one vote in the second round of voting.

Leong, who was nominated in the category six times, posted on Instagram on Sunday a photo of her prepared speech if she won the award, as she wrote: “The crib sheet in my hand. Still unable to fulfil a dream.”

The biggest winner of this year’s Golden Melody Award was Taiwanese aboriginal singer Abao, who won three awards – Song of the Year for Thank You, as well as Album of the Year and Best Indigenous Language Album for Mother Tongue.

The Best Musical Group went to Taiwanese rock band Fire Ex for their album Stand Up Like A Taiwanese, while Best New Vocal went to singer Chih Siou for his album The Elephant In The Room.