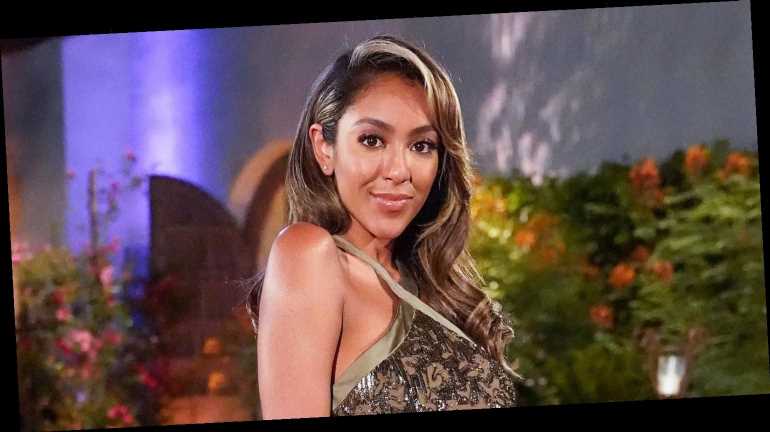 Tayshia Adams is our new Bachelorette — and she’s here to stay! The ABC star did not hold back on the Tuesday, November 10, episode of The Bachelorette.

During her one-on-one date with Brendan Morais, the 30-year-old former phlebotomist got candid about her past marriage, earning her Here for the Right Reasons‘ Unfiltered Moment of the Week.

“I actually got married at a young age too,” Tayshia told Brendan, 30, after he revealed he was also divorced. “I married a guy that I met in college. I also had lost myself in my marriage, like my identity was him. But unfortunately, it was infidelity and other issues — not on my part — and then we got divorced and I too felt like I failed.”

The Bachelor in Paradise alum was previously married to Josh Bourelle before she appeared on Colton Underwood’s season 23 of The Bachelor. The former spouses called it quits in October 2017 after less than two years of marriage.

Exes Who Have Shown Up Uninvited on ‘The Bachelor’

Brendan, who was previously married to a childhood friend, noted that they have “a little bit more in common” than he originally thought.

“We can really relatable on that level. Not that I’m glad that you went through that,” the roofer said. “[But] can breathe a little bit.”

After their honest conversation, it was clear Tayshia was smitten with Brendan.

“Kissing Brendan feels like I’m kissing my person. I feel really connected to him,” she gushed. “I feel like I could marry him, which is so bizarre. I don’t even think I’ve felt this way ever.”

For more Tayshia — including Us Weekly’s Christina Garibaldi and Sarah Hearon’s second Unfiltered Moment of the Week — watch “Here for the Right Reasons” above!