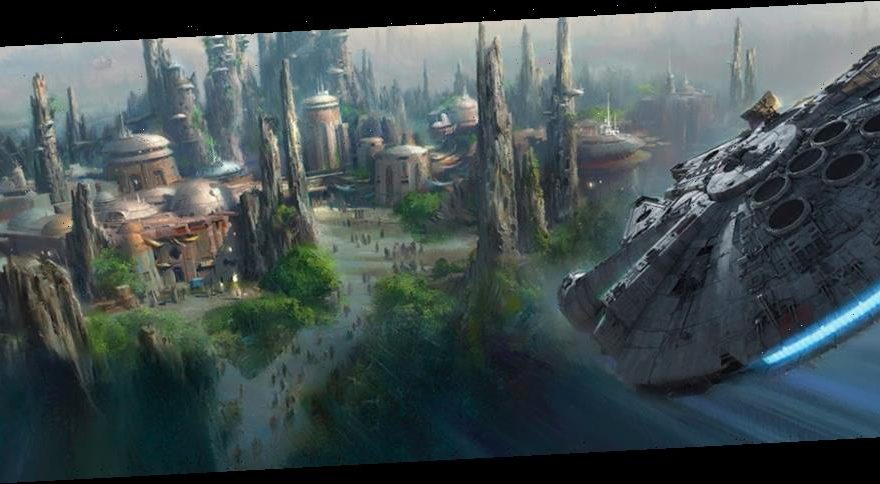 Star Wars: Galaxy’s Edge has been open in Disneyland and Disney World for over a year now. Though Disney World opened their Star Wars expansion a month after Disneyland, the two theme park areas are practically identical in their creation (with the exception of some aesthetic choices here and there). However, there was a time when Walt Disney Imagineering had considered making each of the Star Wars lands very different from each other.

The Orange County Register (via WDW News Today) picked up on Walt Disney Imagineering executives Scott Trowbridge and Robin Reardon speaking during a case study webcast by the Themed Entertainment Association. During their discussion, they addressed the development of Star Wars: Galaxy’s Edge, including the ideas that they veered away from early on.

First of all, Trowbridge addressed why they decided to create an entirely new world that Star Wars fans had never been to before rather than delivering familiar locations from the movies. He said:

“Early on, you can imagine the conversations we had about Tatooine, Hoth or Dagobah — all these classic places that we have seen in Star Wars storytelling in the past. But for us, from the very beginning, we said, ‘No we don’t want to do that.’ We wanted to build a place that felt like it was the perfect stepping off point for your adventure. A place rife with opportunity, rife with possibility.”

Having been to Star Wars: Galaxy’s Edge, I must say that there’s something that is much more immersive about exploring a new place as if you were a character in the Star Wars universe rather than treading the same paths as the characters already have in the movies. It’s a live-action role-playing experience in a universe that you love.

“We did have a moment where we considered building a different project in each location, but it was a very short moment. We pretty quickly realized that the right thing to do was for us to build sister versions of the same place on each coast. We knew that it was going to be more inefficient to design two different things. We built two of everything at the same time.”

In addition to being more efficient, I’m sure it was less costly. While having two different versions of Batuu might have enticed theme park fans even more to go out of their way to attend both versions of Galaxy’s Edge, it may have also resulted in one being favored over the other, sullying the experience for some.

Unfortunately, checking out either of the Star Wars: Galaxy’s Edge locations has been a bit of a bust this year thanks to the coronavirus pandemic. In fact, the Disneyland version will soon be approaching a marker where it will have been closed down longer than it’s been open. Meanwhile, Disney World remains open in Florida, a state that had over 5,800 new cases of COVID-19 yesterday, bringing their total number of cases so far to over 858,000. It’s okay though, because Governor Ron DeSantis has employed an anti-mask Uber driver/sports blogger with no relevant credentials or experience to analyze coronavirus data for the state. Everything is fine!