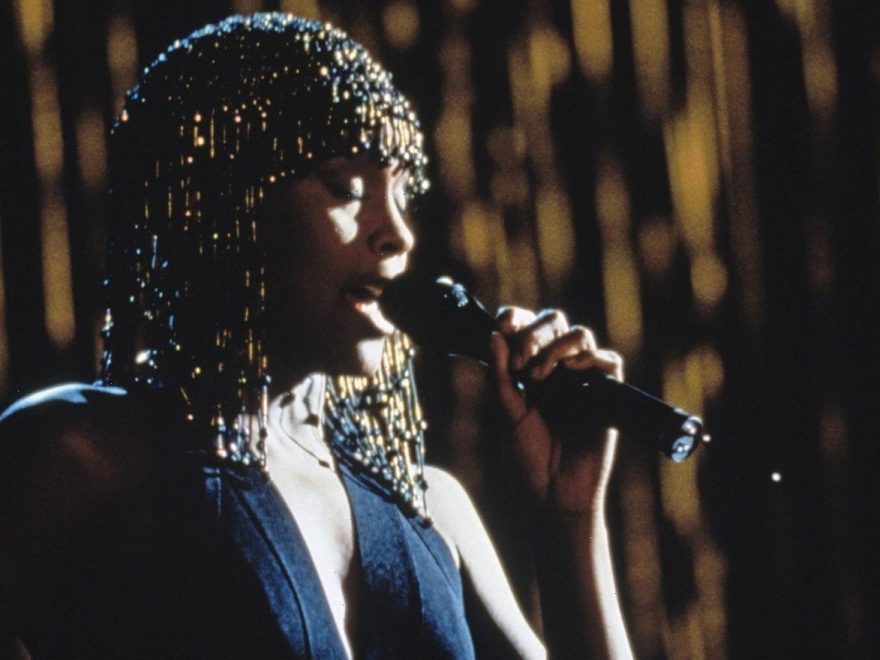 Here’s our pick of the very best film soundtracks of all time, just in case your Spotify playlist is in need of inspiration…

Anyone who’s watched Parks And Recreation (and it’s on Netflix now, so you have no excuse if you haven’t) will know that Adam Scott’s character, Ben Wyatt, is a big fan of movie soundtracks. Big. Huge.

“I kind of look at it like it’s your favourite directors making a mix tape just for you,” he explains to Aubrey Plaza’s April Ludgate in one memorable scene.

Ben isn’t wrong, of course; cinephiles everywhere will know that a really good film soundtrack boasts the sort of music that has the power to lift you up, light a fire in your belly, make you fall in love, or break your heart – sometimes all at once. And so, with this in mind, we’ve looked out for the very best motion picture albums for you.

Just don’t blame us if you find yourself listening to them on repeat, OK?

From The Smiths to Regina Spektor, this movie is packed to the brim with indie classics – each of which is guaranteed to send you rocketing back in time to those golden summers of the 00s.

In this feminist tale of a skateboarding vampire (whose sole mission is to hunt down the disrespectful misogynists of a worn-down Iranian city), every single song is an event. Indeed, almost every track is put on by one of the characters themselves – and The Girl herself is an avid vinyl collector.

New on Netflix: 30 truly brilliant films are coming to the streaming platform this year

Performed by Kendrick Lamar, the original songs on the Black Panther soundtrack pull from all sides of the hip-hop world, as well as outside of it, to provide the sounds of Wakanda. So go in expecting big things from big names (think 2 Chainz, Future, Vince Staples, Jorja Smith, Jay Rock, Khalid, and more).

The soundtrack of Queen And Slim is absolutely brilliant.

Megan Thee Stallion, Syd, and Ms. Lauryn Hill, oh my! There’s a reason the complex and emotional Queen & Slim soundtrack – which comes courtesy of Motown Records – is a unanimous favourite with the Stylist team.

Do The Right Thing

Composed by jazz musician Bill Lee, aka Spike Lee’s dad, it’s no wonder that the Do The Right Thing soundtrack is frequently lauded as one of the best ever. After all, the searing musical numbers were as much a part of the movie as the characters themselves – not least of all Public Enemy’s Fight The Power.

There’s not a single original song on this album (it’s all cover versions!), but that doesn’t mean the Moulin Rouge soundtrack isn’t worth your time. Come for that epic reimagining of Lady Marmalade, stay for Ewan McGregor and Nicole Kidman’s hopeful Come What May, and dance like mad to Valeria Andres’ Rhythm Of The Night.

Yes, it’s a Disney soundtrack– but not as we know it! Featuring songs written by Lin-Manuel Miranda, Mark Mancina and Opetaia Foa’i, and with lyrics in English, Samoan, Tokelauan, and Tuvalu, it’s little wonder that this joyful and impossibly uplifting album was recognised at both the Golden Globes and the Academy Awards.

If you’re looking for the finest existential teenage angst, you’ve come to the right place; Donnie Darko boasts songs by Echo and the Bunnymen, The Pet Shop Boys, Duran Duran, and Tears for Fears – and the result is something dark, brooding, deeply furious, and somehow comforting all at once.

11 TV shows with the best soundtracks of all time

Whether you love him or loathe him, there’s no denying that the soundtrack to Quentin Tarantino’s Pulp Fiction – a heady mix of American rock and roll, surf music, pop and soul – is bloody brilliant, playing out like one of the world’s coolest mixtapes. Ever.

An R&B lovers paradise, the Waiting To Exhale album dominated the charts for months after its release, received widespread critical acclaim, and racked up a total of 11 Grammy nominations in 1997 – and all for good reason, too. So go in expecting nothing but powerful songs by incredible women like Whitney Houston, Toni Braxton, TLC, Brandy, Aretha Franklin, Chaka Khan, Faith Evans, Patti LaBelle, SWV and Mary J. Blige, to name just a few.

When Stylist’s Chloe Gray heard I was writing this article, she had just one request; that I include the Angus, Thongs And Perfect Snogging soundtrack in the mix, dubbing it “teenage indie dreams!” She’s not wrong; Scouting For Girls, Razorlight, The Maccabees, and Lily Allen are just some of the voices in the mix, making this a truly excellent 00s nostalgia hit.

Garden State saw Zach Braff awarded a Grammy Award for Best Compilation Soundtrack, and deservedly so; from Coldplay to The Shins, every single track serves to exemplify the film’s emotional subtleties – and they are as much a part of the story as the characters themselves.

A Star Is Born

A Star Is Born is now streaming on Amazon Prime

A film soundtrack that needs no introduction. Alongside Bradley Cooper and Lady Gaga, the A Star Is Born album boasts an assortment of country musicians, all of whom work their utmost hardest to give us something deeply melancholy, invigorating, and swooningly romantic all at once.

From Stevie Wonder to The Thirteenth Floor Elevators, the High Fidelity soundtrack is the original mixtape, acting as a love letter to the broken-hearted and the cautious romantics of the world. And it’s well worth your time.

Sad films on Netflix: 22 tearjerkers, for those in need of a good cry

Celebrating the love affair of hip-hop and R&B, the award-winning Brown Sugar soundtrack boasts gorgeous songs by Mary J. Blige, The Roots, Mos Def, Erykah Badu, Common and more, perfectly capturing not just Sidney and Dre’s love for one another, but for music, too.

Scott Pilgrim Vs The World

The lauded soundtrack for Scott Pilgrim Vs The World includes earworms by Beck, Broken Social Scene, Metric, Black Lips, T. Rex, The Rolling Stones, Frank Black and Plumtree – and the 2020 rerelease includes Brie Larson’s fan-favourite cover of Black Sheep, too. Stick it on and live out your sloppy garage and punk-fuzz fantasies, stat.

The Bodyguard is the best-selling soundtrack album of all time, with sales of 45 million copies worldwide, and that’s probably because it boasts some of Whitney Houston’s best work. I Have Nothing? Run To You? I Will Always Love You? All magnificent, all iconic, all well-deserving of the critical acclaim piled upon them. Go forth and listen.

Deadpool isn’t just a brilliantly funny superhero flick; it also boasts an eclectic soundtrack of dreams. From the high-energy of DMX’s X Gon Give It To Ya and Salt N Pepa’s Shoop, to the Juice Newton’s sweetly soulful Angel Of The Morning, there truly is something here for everyone to enjoy. Everyone.

The Dirty Dancing album is basically a compilation of iconic 80s hits, with the likes of Hungry Eyes and She’s Like The Wind still absolute karaoke classics. And it all builds up to that big beautiful I’ve Had The Time Of My Life moment, which is, to this very day, a guaranteed crowd-pleaser.

Produced by Baz Luhrmann and Anton Monsted, with Jay-Z serving as the album’s executive producer, The Great Gatsby soundtrack features songs by Beyoncé, Jack White, Lana Del Rey, The xx, Florence + the Machine, André 3000 and will.i.am – and, thus, it captures the energy, raw edginess, and sheer glamour of the Roaring 20s. Perfectly.

Admit it; just a few bars of The Cardigans’ Lovefool and you’re rocketed back in time to 1996, where a young Leo DiCaprio and Claire Danes are playing out the doomed romance of William Shakespeare’s classic tragedy.

A favourite of Stylist’s Helen Bownass, the Trainspotting soundtrack is every bit as moody, happily hedonistic, and impossibly cool as you might expect. And, with hits from the likes of Blur, Brian Eno, Iggy Pop, and Lou Reed in the mix, it pulses and rolls and inspires something not unlike euphoria in its listeners, too.

Much like the film itself, the Cruel Intentions soundtrack is every bit as moody and embittered as it is hopelessly romantic, thanks to its nostalgia-inducing collection of indie alternative music from the late 90s. In fact, it’s probably best summed up by the soaring melancholia of The Verve’s Bittersweet Symphony – which is, incidentally, easily one of the film’s most iconic tracks.

Romantic films on Netflix: the best romcom movies to stream in 2021

With a whopping 58 songs on its tracklist, Whip It muddles high-adrenaline tracks like Peaches’ Boys Wanna Be Her with indie hits and classic throwbacks (here’s looking at you, Dolly Parton’s Jolene), resulting in a veritable treasure trove for music lovers to unpack and swoon over as they see fit.

As gorgeously giddy as it is beautiful, Sofia Coppola’s film about the original party girl contrasts its sugar-sweet visuals with pulsating hits from the likes of Bow Wow Wow, New Order, Gang of Four, Strokes, Adam & the Ants.

Someone Great is a brilliant movie, and it boasts a spectacular soundtrack to boot!

Lizzo, Vampire Weekend, Phoebe Bridgers, Mitski, Lorde… honestly, the list of brilliant artists on the astronomically good Someone Great soundtrack goes on and on. And it charts every single high and low of the story perfectly. Indeed, as writer/director Jennifer Kaytin Robinson explained: “I wanted to integrate the music and have the soundtrack feel like it was curated by [Gina Rodriguez’s character] Jenny.”

Guardians Of The Galaxy

Shining a light on familiar hits (but not grossly overplayed ones), the record-breaking Guardians Of The Galaxy soundtrack serves as the heart of the film, tying Chris Pratt’s Peter Quill to the mother he tragically lost and the life he left behind on earth. Which means, you’re getting everything from David Bowie to Blue Swede.

The makers of Pitch Perfect packed a jaw-dropping 40-plus songs into a 110 minute-long movie, putting a fresh acapella spin on the likes of Rihanna’s S&M, La Roux’s Bulletproof, Kelly Clarkson’s Since U Been Gone, Jessie J’s Price Tag, and Bruno Mars’ Just the Way You Are, among other smash hits. The result? A record-breaking album and a viral sensation (trust us, you don’t want to know how many people have streamed Anna Kendricks’ Cups).

Spider-Man: Into The Spider-Verse

Yes, it’s an animated superhero film – but the pulse-pounding soundtrack of Spider-Man: Into The Spider-Verse won the hearts of critics and fans alike thanks to its fresh collection of hip hop tracks. Stick it on, let the likes of Nicki Minaj and Jaden Smith pump you up, and get ready to feel like an actual superhero.