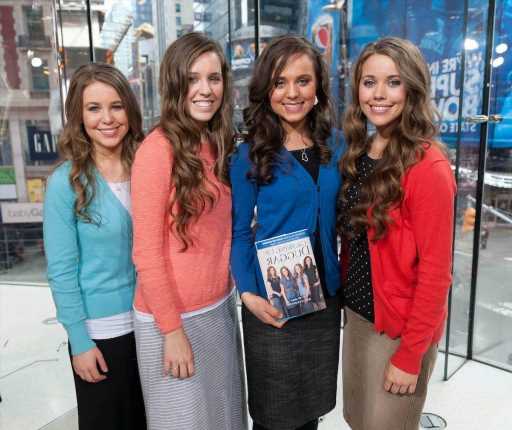 The Duggar kids were all incredibly close growing up. But over the years, Jill Duggar, Michelle and Jim Bob Duggar’s fourth child, separated herself a bit from the rest of her family.

For several years now, there have been rumors of a rift between Jill and the other Duggars. But Jill recently paid her sister the sweetest compliment on social media.

Jill Duggar is hardly spotted with her siblings these days

Fans were surprised when former Counting On star Jill Duggar announced her departure from the show back in 2017. In 2014, Jill had married Derick Dillard, and she became the face of the show (alongside her sister, Jessa Duggar) when the program rebranded in 2015.

Jill and Derick abruptly announced their exit with seemingly no explanation. Many thought Derick had been fired from the show over comments he made about other TLC stars, but that has since proven not to be the case. It turns out things were slowly unraveling between Jill, Derick, and her parents.

In October 2020, Duggar revealed to People that she and Derick realized their parents were constantly restricting their freedoms. The couple ultimately decided it was best to leave the show and separate themselves from the family.

Jill and Derick have hardly been photographed with the Duggar family in recent years. The two don’t even spend holidays with Michelle and Jim Bob anymore. And though the issues initially appeared to trickle down to Jill and her siblings, too, there have been hints that things between her and her siblings have been patched up.

On April 14, Jill posted a photo announcing that she was starting her own garden. And in the caption, she paid her sister, Jana, a sweet compliment by calling her “Jana Gaines” (a play on “Joanna Gaines,” the popular HGTV designer and one of Jana’s décor role models).

“I’m not my sister, but I’m pulling out all my wannabe #janagaines (@janamduggar) skills & hoping for the best!” part of Jill’s caption read.

The commpliment didn’t go unnoticed by big sister Jana. “Love this!!” Jana replied. “You’ll do great, sis! It’s so much fun watching things grow!” From what fans can see, it appears Jill and Jana are on good terms. The same can be said for Jill and her other sister, Jessa, with whom she’s shared similar conversation in the past.

Jill Duggar has opened up a few times about where things stand between her and her parents. In addition to her groundbreaking interview in October of last year, Duggar has spoken about her family on her YouTube channel. And in March 2021, she revealed a bit more about her relationship with her parents.

“We [Jill and Derick] haven’t actually been over there in a while, probably like a couple years,” Duggar said. “We’re not on the best terms with some of my family. We’ve had some disagreements, but we’re working towards healing definitely and restoration.”