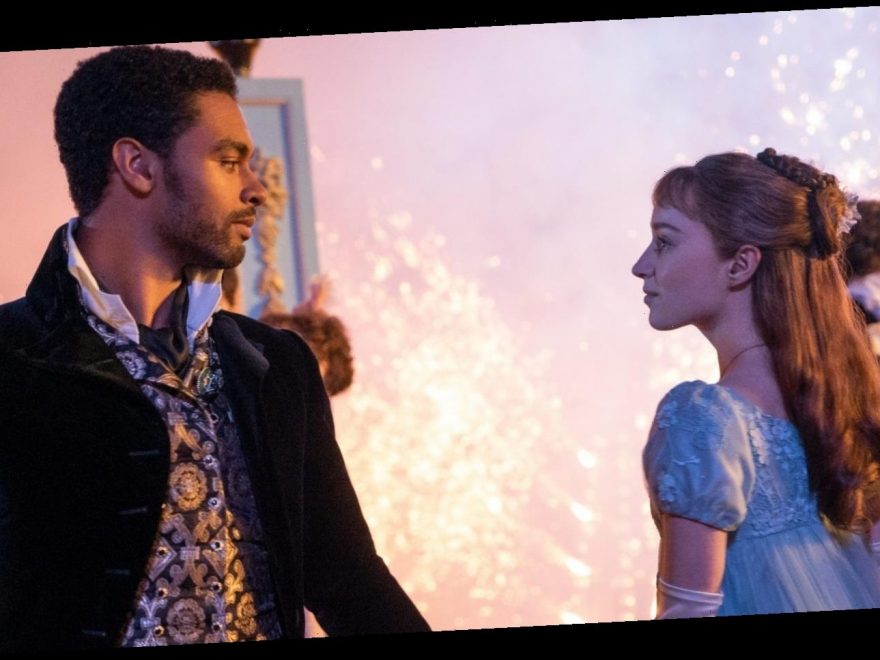 Hannah-Rose Yee is a writer based in London. You can find her on the internet talking about movies, television and Chris Pine.

This is what you need to know: my parents love Jane Austen.

And when I say my parents, I mean both of them, mother and father. They bonded over the Regency author early on in their relationship and their affection for her wit and wisdom has only grown over the course of their 30-year marriage.

My parents are people who can quote Emma Thompson and Ang Lee’s Sense And Sensibility on command; they watch the BBC Pride And Prejudice quarterly with a devotion bordering on the religious. Early in 2020, on their last holiday before coronavirus shut everything down, my parents took me on a Jane Austen tour of England. That is what you need to know.

So when Netflix announced that it would be releasing a sumptuous, lavish period drama called Bridgerton

They had been struggling of late to find something to watch together, given how exacting their standards are and how much they’ve already seen – name a comforting BBC period drama or a cosy crime series with a hat-wearing detective of the last decade or so and they’ve probably watched it. Twice.

Their big early lockdown project was rewatching Downton Abbey from the beginning. Bridgerton seemed like exactly the sort of thing they would enjoy. And, since I’ve been living at home since I returned from London to Australia earlier in the year (thanks Covid), I thought it might be the sort of thing that I would enjoy, too.

Here is how it went down. Five minutes into the first episode of Bridgerton, there is a bare bottom. A thrusting bare bottom. My mum snort-laughed. Later in the episode, when a second sex scene unfolds, my dad coughed discreetly. As the series progressed, telling the story of Daphne Bridgerton, jewel of high society, who finds herself hopelessly drawn into the orbit of the Duke of Hastings who declares that he will never marry, it became clear that this was most definitely not my mother’s Jane Austen.

Mild spoiler alert, but by the time a crucial wedding night episode came around, I had mentally prepared myself for what was to, ahem, come (episode five, for anyone playing along at home). In the lead-up to the wedding night, there is much talk between the happy couple about dinner plans – what time is dinner on their wedding night, where will it be served, are they getting ready for dinner, how excited are we for dinner, isn’t dinner marvellous etc.

For a second, I thought I had escaped watching a wedding night sex scene with my parents. But just for a second. Because soon, the couple find themselves in bed in the middle of what is actually a very lovely, gauzy, romantic sex scene, including a female-gaze camera panning down a man’s bottom – fans of Outlander will love it.

“I guess dinner’s not happening, then?” my dad ruefully noted.

So, yes – Bridgerton is sexy. It’s important that anyone planning on watching this extravagant Netflix Cinderella story understands that long before they settle into the sofa on Christmas Day with their family. There are… many… sex scenes. Featuring… several… positions.

It’s not exactly Normal People – don’t expect the sex in Bridgerton to be realistic. This is a bit of frivolous fun – fantasy, really. Would Connell and Marianne really have alfresco sex outside an enormous country house after a picnic of champagne and strawberries? Something makes me think not.

The realism of other shows like Sex Education or even Fleabag are nowhere to be found. Bridgerton is basically your garden variety, very traditional bodice-ripper, and in that sense it has more in common with, say, Poldark or Outlander – a show that I also watched with my parents when it first aired. And if I could sit through Outlander’s infamous wedding night scene, well, I can sit through Bridgerton’s one, that’s for sure.

Don’t get me wrong, it was awkward at times. Very awkward. Call me a prude if you like, but my idea of a great night in doesn’t involve sitting with my dad while we watch a woman enthusiastically receive oral sex in a library. (Keira Knightley and James McAvoy’s Atonement sex scene found me dead in a ditch).

But as Bridgerton progressed, I found myself more able to lean into the camp silliness of the whole thing. Maybe it would have been different watching Normal People with my parents – thank God they rarely have any desire to watch anything set before the year 1933. But because Bridgerton is such an enjoyable romp – in every sense of the word – somehow its sex scenes are less awkward than you might expect.

Bridgerton approaches sex with such a wink and a grin that it’s impossible for any of it to be too awkward. The show is far more interested in making you laugh than it is in making you feel uncomfortable. And once you get on board with that, it’s very easy to just be carried along by the lush, swoony romance of it all.

By the final few episodes, which end with a very large, ahem, bang, my mum and I were having the time of our lives, laughing hysterically together.

“Oh my,” mum joked at one point, as a female character expresses trepidation about certain marital acts. “Sorry, I shouldn’t laugh,” she adds, even though we both were. Instead of hiding in my phone, looking away from the screen whenever a bodice was ripped or a pair of trousers whipped off impressively quickly, I was having fun giggling like a schoolgirl with my mum. It’s just a sex scene, after all. If you can’t laugh about that, what can you laugh about?

After Bridgerton, we decided to give The Undoing a go. (Sorry, this is what you need to know: the only genre of television that my parents watch other than period dramas is crime. They love a murder mystery. Shetland is a particular favourite).

Surprisingly, there’s a lot of sex in that show, and quite a bit of nudity. Bridgerton had prepared me, somewhat, for six episodes of melodramatic moaning, though. By the time Hugh Grant and Matilda de Angelis are having furious sex against a paint-splattered studio wall in a flashback scene, mum and I were back on our heckling bullshit, like some kind of bargain basement Statler and Waldorf from The Muppets.

My mum shook her head. “Poor Hugh Grant’s knees would be shot.”