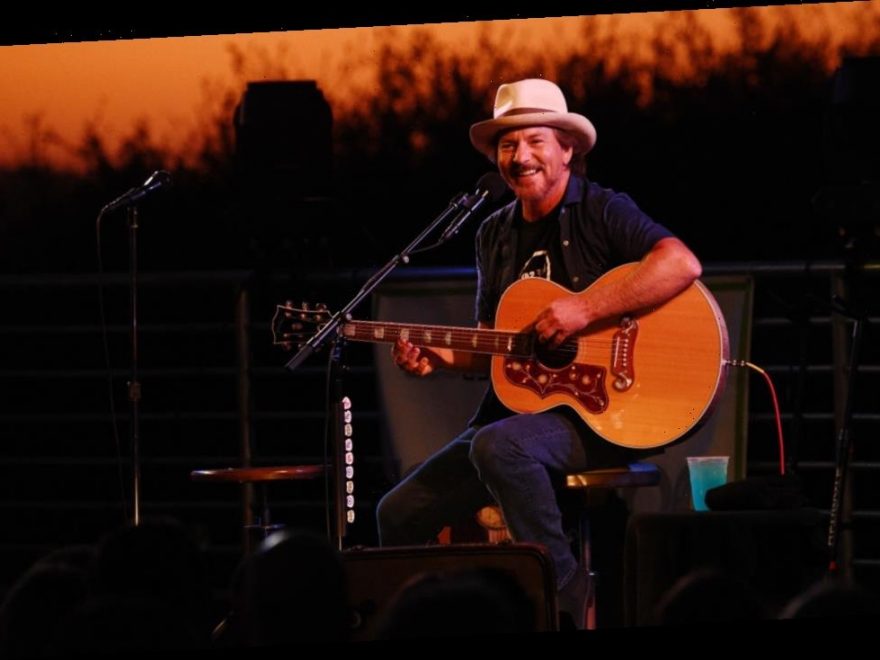 Eddie Vedder has released an acoustic cover of the Bruce Springsteen song “Growin’ Up” as part of a new EP that expanded the Pearl Jam singer’s recent solo single “Matter of Time.”

Vedder has performed his rendition of the Greetings from Asbury Park, N.J. classic in concert since 2003, when he debuted his acoustic take during a Pearl Jam concert in Springsteen’s native New Jersey; at that show, Vedder said he would play the song on guitar in his bedroom as a kid. The track was also among a handful of Springsteen covers (including “Drive All Night” and “My City in Ruins”) that have appeared on the setlist of Vedder’s solo treks since 2005.

The six-song Matter of Time EP, released over the Christmas holiday and just days after Vedder’s 56th birthday, also includes a pair of Pearl Jam songs — “Porch” and “Just Breathe” — performed “acoustic at home” during the Covid-19 lockdown. Vedder’s solo performance of Pearl Jam’s “Future Days” from the 2020 Game Awards is also included, as is the single’s original two tracks, “Matter of Time” and “Say Hi.”

The latter two songs were recently performed by Vedder virtually for the Ventures Into Cures event to benefit the EB Research Partnership, a nonprofit Vedder and his wife, Jill, co-founded to help find a cure for the genetic skin disorder epidermolysis bullosa. Kids with EB are born with fragile skin and are subject to severe pain, external and internal wounds, and must undergo a rigorous bandaging process every day; Vedder wrote “Say Hi” for a six-year-old suffering from EB.

Hear the entire Matter of Time EP below: