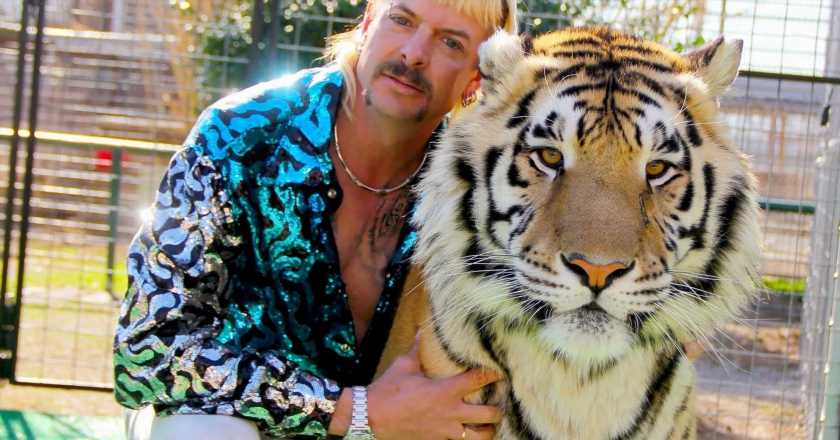 There’s no denying that Tiger King is one hell of a true story, but does it really need yet another spin-off project?

There was a time, just over a year ago, when pretty much the whole nation was glued to a Netflix docu-series. The Tiger King was a wild exploration into the lives of big cat fanatic Joe Exotic and his rivalry with fellow feline-lover Carole Baskin. An unexpected hit, we turned to it for some welcome distraction during the first few weeks of the pandemic.

Since then, Louis Theroux – who actually filmed a documentary about Exotic back in 2011, filmed and released a follow-up episode. A second season of The Tiger King has also been confirmed by Netflix. And Nicholas Cage is set to play Exotic in a biopic being made for Amazon Prime Video (yes, really).

Another drama production about Exotic and Baskin is also in production (because, apparently, we’ve not had enough of this), and the cast has just been announced.

The new Joe Exotic series is going to be adapted from the Wondery podcast of the same name. It explores the same real story and people involved in the Netflix documentary.

Carole Baskin is one of the key characters in the Tiger King saga.

Do we need yet more Tiger King content in this world? Probably not. Will we be tuning into it as soon as it airs in the UK? Oh, absolutely. After all, this is a true story packed with outrageous crimes, murder accusations, one-of-a-kind characters, and people literally getting their arms ripped off by cats.

The series is set to air in America on the streaming platform, Peacock, and it’s not yet known where or when UK audiences will be able to watch it. But we have a feeling that we won’t be the only ones shamelessly tuning into this one.