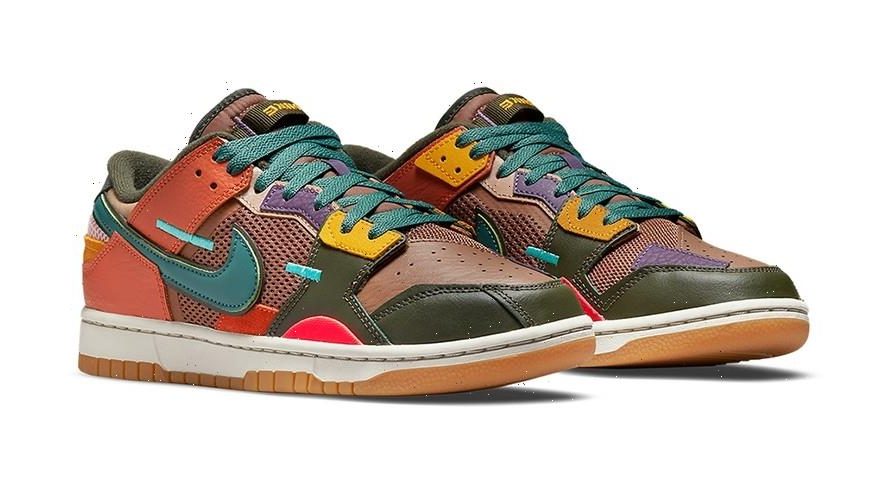 By now, the sneaker community has seen an insane amount of Dunk colorways spring from the

The uppers of this latest offering features a healthy blend of both mesh, leather and suede constructions. The “Archeo Brown” installment drops its titular shading to the mid-foot, tongues and toe boxes, and comes complemented with a blueish-green tone atop the Swooshes and laces. Earthy tones fall on the front and interior lining while splashes of orange, yellow and red arrive on its various abstract overlays. Extra accents are also displayed through the purple toe box panels and the minty stitchings that show face on the quarters.

Its release sibling skews to the brighter side of the color wheel. A “Sea Glass” pigment dyes the underlays while a sail-like skin forms the accompanying overlays. Other neutral accents are found via the white finishes applied to the side Swooshes and laces while creamy doses pop out on the exposed stitches. Down below, a white midsole and gum outsole round off its look.

If interested in copping, these are dropping via Nike Korea on August 12 for $112 USD.