Are you, too, guilty of making this mistake about Call The Midwife?

It was on 15 January 2012 that I fell madly in love with the BBC’s new period drama. All about a group of midwives working in east London in the 1950s, it opened my eyes to a world I’d never really considered before – and even now, a whopping 10 years later, Call The Midwife has a firm hold of my heart.

Many of the people who know me well, though, find my fondness for the series incredibly difficult to understand. Why? Well, because they think of me as the woman who’s obsessed with dragons (Game Of Thrones), aliens (The X-Files), vampires (Buffy The Vampire Slayer), dystopian hellscapes (The Handmaid’s Tale), superheroes (WandaVision), heists galore (Good Girls), magic (Shadow And Bone), escaped cultists (Unbreakable Kimmy Schmidt), and Michaela Coel (I May Destroy You).

“It just doesn’t seem very you,” they’ll say, wrinkling their noses in disgust, “to be so into something so schmaltzy and sentimental. What do you see in it?”

The thing that they fail to realise is this; the TV shows that I have loved with all my heart all have one key thing in common – they are bursting at the seams with incredibly well-written women and thought-provoking storylines. And Call The Midwife, a show that is often unfairly categorised as “cosy comfort TV”, delivers both of these in abundance.

“I do get a bit annoyed when people say it’s just a twee show about tea and nuns,” Helen George – who plays Beatrix ‘Trixie’ Franklin in the BBC drama – tells me.

“Because it’s actually about female progression, and the abortion act, and human rights, and social history. So, yes, I do get frustrated when people think they know the show before they’ve watched it.”

Best historical dramas on Netflix: 13 series worth your time

George isn’t wrong; far too many people have dismissed Call The Midwife as being the perfect accompaniment to a cuppa and biscuits, insisting it’s nothing more than vintage costumes, chubby-cheeked babies, jolly post-wartime sing-alongs, and heartstring-plucking storylines. 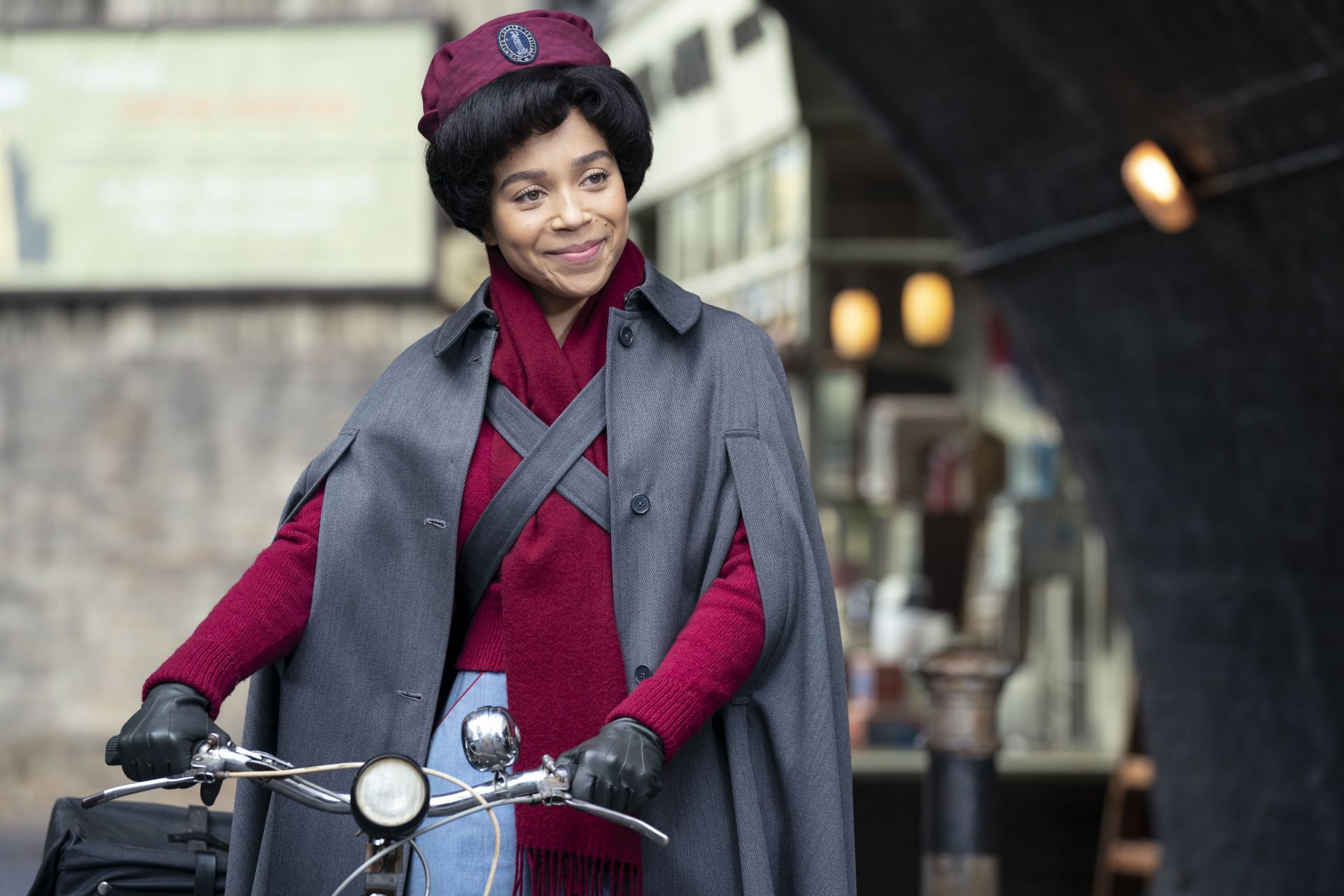 People assume that Call The Midwife is schmaltzy, but nothing could be further from the truth.

Indeed, despite scoring almost perfect reviews for every single episode over its decade-long run, Call The Midwife has been nominated for just six television Baftas, including Best Supporting Actress for Miranda Hart in 2012. It has received no nominations since 2013.

Judy Parfitt, who stars in the series as Sister Monica Joan, just can’t understand why the series continues to be snubbed at awards shows.

“We’ve dealt with incest, thalidomide – everything you can think of,” she told the Radio Times earlier this year. “But what’s interesting is that you don’t see it nominated for Baftas.

“People want to be ‘woke’ and feel that they can’t nominate Call The Midwife.”

Best TV shows of 2021: the 35 must-watch series coming to our screens

Personally, I find it utterly wild that people don’t consider Call The Midwife to be (to use Parfitt’s term) woke. Over the years, the writers have made a point of dealing with incredibly important social issues – including the thalidomide scandal of the 1960s, mental health, domestic violence, racism, grief, alcoholism, and homophobia. It has calmly and openly discussed spina bifida, tuberculosis, and diphtheria.

On top of all this, it has also examined the impact that societal change has upon women’s rights, too, taking a steady and unflinching look at female genital mutilation, rape, abortion rights, the birth of contraception, and prostitution. (Indeed, it was through this show that I truly understood the devastating impact of making abortions illegal; they don’t stop happening, they just become dangerous.)

As such, Call The Midwife isn’t just an uplifting and moving show; it also gives a voice to those real life women whose stories have been lost to the sands of time. It charts their careers, their health concerns, their life experiences, their history – and it does so with a sometimes brutal honesty.

In doing so, it forces us to acknowledge how our shared past has shaped our present, and drawing parallels between the world then and the world now; I doubt it’s a coincidence that, in the midst of the Covid-19 pandemic, the tenth season of Call The Midwife is exposing the divide between private and national healthcare.

With all of this in mind, then, why do so many people still assume that Call The Midwife is a twee example of TV frippery?

“I think the people that think it’s cosy haven’t watched it, because most people that watch the show know that it’s quietly feminist, and progressive,” suggests Leonie Elliott, who playsLucille Anderson in the BBC series, when I put the question to her.

“They know that it doesn’t shy away from painful or difficult issues. And I’m not sure people would say that [it’s cosy] if it wasn’t an all-female cast.”

Well, exactly. Call The Midwife isn’t just a show about women; it’s written and filmed by a team of brilliant women, too. No wonder, then, that Elliott has touched upon the very same theory shared by the show’s creator, Heidi Thomas, during an interview with the Radio Times.

“I’ve been in a state of mild rage for… years now,” she said. “Because Call The Midwife – certainly in its early days – was often dismissed as being lightweight, fluffy.

“It was called TV Horlicks because it was about women.”

“It was called TV Horlicks because it was about women.”

Thankfully, things are slowly changing. Indeed, many have woken up to the fact that Call The Midwife doesn’t just pay lip-service to hard-hitting issues – it teaches us valuable lessons about them, too. And it manages to do so without ever losing its warmth, or soaring emotional highs, or brilliantly relatable characters, or laugh-out-loud moments, either.

Of course, in a world where many of us feel more thankful for the NHS than ever before, it feels as if the show – which has always made it abundantly clear that healthcare and the community is tightly linked – has taken on even more relevance. And, through its lifting the lid of the so-called ‘woman’s work’ that is childbirth (thanks, Kate Bush), it has opened our eyes to a wealth of drama that TV producers have otherwise ignored.

A midwife is in the thick of it, she sees it all.

“Whoever heard of a midwife as a heroine?” asks Jennifer Worth, the woman behind the thoughtful memoirs that Call The Midwife is based upon. “Yet midwifery is the very stuff of drama. Every child is conceived either in love or lust, is born in pain, followed by joy or sometimes remorse.

“A midwife is in the thick of it, she sees it all.”

Call The Midwife: the vital lesson we must take from the Christmas special

No wonder, then, that the series has been renewed for at least another two seasons. No wonder that so many people tune in to watch it on Sunday nights (a whopping 7.3m tuned into the season 10 premiere, the show’s highest overnight audience since 2018). No wonder it’s seen so many mega stars (think the Oscar-nominated Emerald Fennell, Vanessa Redgrave, Miriam Margolyes, and Annette Crosbie, to name just a handful) pass through its doors. No wonder the annual Christmas special has become as much a part of our 25 December celebrations as the turkey with all the trimmings.

And no wonder, too, that I love it as much now as I did when I first sat down to watch it all those years ago – even more so, in fact.

So, if you haven’t watched an episode of Call The Midwife yet, what are you waiting for? Ignore the naysayers and jump aboard this radically feminist bandwagon; I promise that you won’t regret it.

You can watch Call The Midwife 2021 on BBC One each Sunday evening at 8pm.