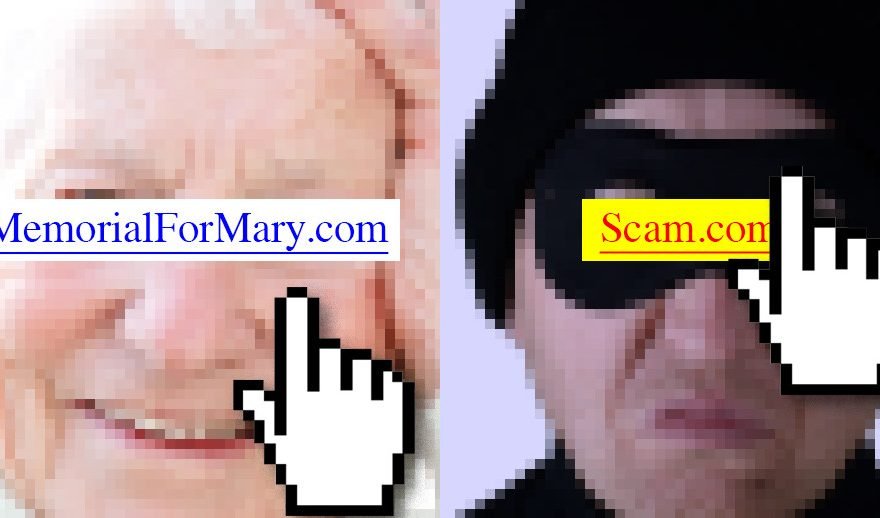 “I’m very impressed,” wrote a satisfied customer who paid to have a link in an old New York Times article redirected to their website.

In 2012, The Hollywood Reporter published a glowing obituary for Patricia Disney, the first wife of former Walt Disney Company executive Roy Disney. In tribute to her philanthropic work, the obituary included a link to WeLovePatty.com, a memorial site where readers could donate to charities in her honor. But if you click on the link to that memorial site today, you’ll be taken to blaze4days.com, a cannabis blog offering content such as “Videos to Watch When High (Best of 2019).”

At some point, her family took down WeLovePatty.com and stopped paying for the domain name. That enabled it to be hijacked by a parasitic digital marketers who trick readers into visiting sites that sometimes sell sketchy products and services. Search engine optimization consultants buy expired URLs that have been linked to by prominent news websites and redirect these domains to their clients’ sites in a bid to game search results.

An investigation by BuzzFeed News found dozens of examples of the link hijack scheme being used to secure backlinks from at least 10 major news sites, including The New York Times, The Guardian, Forbes, HuffPost, CNN, BBC News, and Bloomberg.

These results are another example of how search engines like Google are being manipulated at scale by a global industry of shady SEO consultants and marketers who take over expired domains, acquire once-credible websites, place undisclosed sponsored content, and launch extensive manipulation campaigns to make their content appear higher in search results.

Forbes was the worst affected by this scheme. BuzzFeed News identified 15 articles that contained links which had been redirected to sites selling hospital supplies, hotel deals, and online payment services. In a statement, a Forbes spokesperson said the site has removed the redirected links, and is “exploring options that will allow [the site] to test future redirects to ensure they are performing as intended.”

The New York Times and The Guardian acknowledged the issue after being contacted by BuzzFeed News and said they were each working on solutions.

BBC News has at least ten articles with links that now redirect to sites advertising online gambling, free consultations with a Utah bankruptcy lawyer, and a privacy browser that circumvents China’s internet firewall. BBC’s press office did not return a request for comment. A disclaimer on the site states that the company “is not responsible for the content of external Internet sites.” (The investigation did not identify anyone selling links from BuzzFeed or BuzzFeed News.)

Online marketers based in places such as India and Pakistan sell this service on Fiverr, an online marketplace rife with vendors pitching black hat SEO offerings. The link on The Hollywood Reporter obit was hijacked by a vendor with the handle “maryfarrow,” who currently charges up to $215 for backlinks on The New York Times, The Independent, and Mashable.

BuzzFeed News spoke with several of the vendors, some of whom charge upwards of $500 for their services. The self-proclaimed SEO experts said they use a variety of methods to hunt for the dead links, including monitoring online auctions and deploying powerful link-crawling software.

One of the sellers, an Indian vendor with the tagline “Your Trustful Technical SEO Lady,” sent screenshots illustrating how she used online tools to locate dead links on The New York Times and redirect them to her client’s website, a dubious-seeming Android app store based in India. Another seller, also based in India, offered money to publish articles on BuzzFeed News after being contacted for an interview. 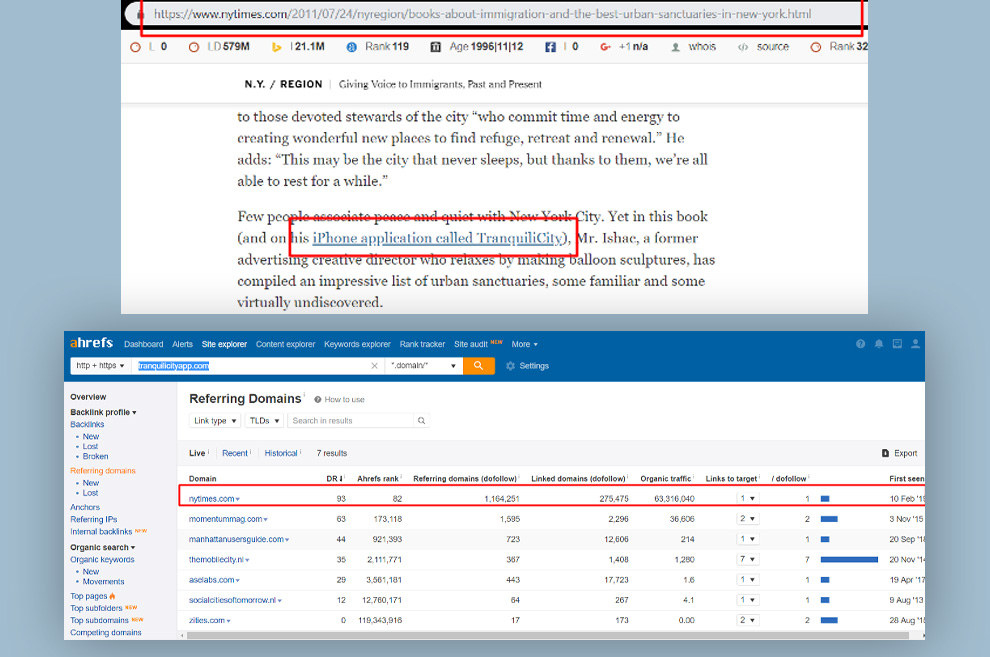 An SEO consultant showed how they used the Ahrefs tool to identify a domain that had been linked by The New York Times.

Another notable example on Fiverr is the Delhi-based SEO agency LinkVidya, which charges up to $260 to find backlinks on sites including BBC News, The Guardian, and HuffPost.

“That’s certainly disappointing to hear,” Mason told BuzzFeed News when informed of the fate of her former website.

Kelly McBride, media ethics expert and senior vice president at the Poynter Institute, said that while publishers do have a small responsibility to safeguard readers from outside threats, link schemes like this one are symptomatic of a larger problem with how Google ranks search results.

“There are so many scams out there on the internet. Most of them take advantage of users by tricking them into thinking that they can provide some service,” McBride told BuzzFeed News. “This is just another variation on that and it’s [part of] a bigger … internet architecture problem.”

Redirect links use an altogether different technique, which Google’s webmaster guidelines do not specifically address. Although a spokesperson for the company said the examples provided by BuzzFeed News would be considered a violation of its existing policies, the online marketers on Fiverr seem undeterred. Judging by recent reviews, it appears the link redirect business is booming.

“Im very impressed,” wrote one satisfied customer, adding that they paid for a New York Times link and also received one from Reuters. “You deserve a tip!” ●